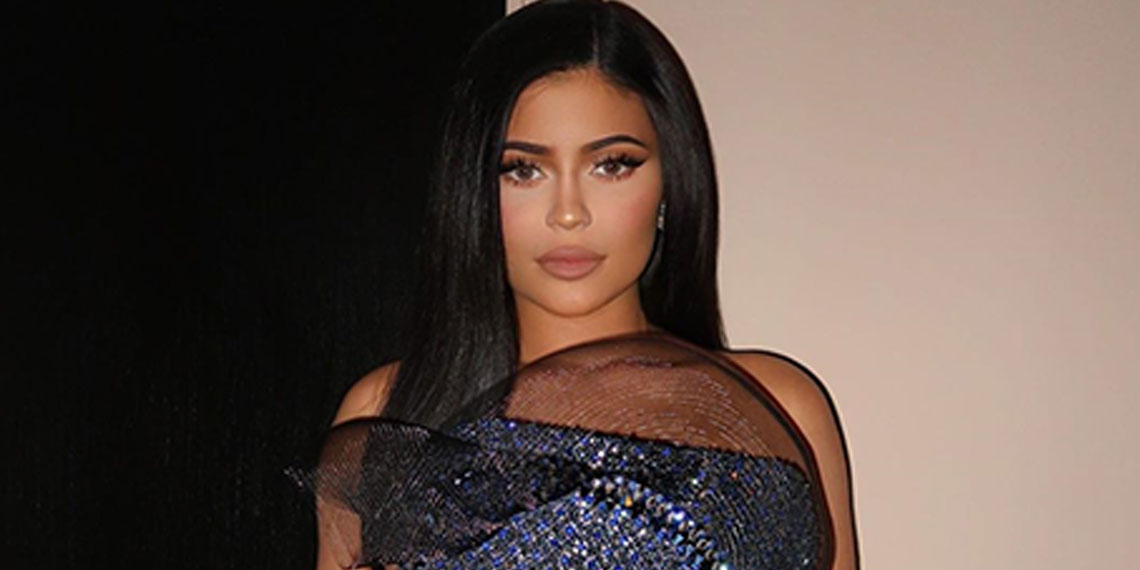 When I first started doing these Photoshop Fails, I would cover celebrities who so obviously warped themselves that it was ridiculous. Like, missing limbs, wavy background lines, all telltale signs that pointed to “this person obviously edited the sh*t out of themselves—and poorly.” Now, though, celebrities have gotten smarter about it (maybe because they read my series and don’t want to end up on it? Let’s go with that). They’re checking their lines. They’re posing in front of neutral backdrops that make it harder to tell if they’ve cinched in their waists. And this just makes it even harder to tell what’s real and what’s fake. Which, obviously, is what they want, but it’s bad for us regular people, who are fooled into believing people really have 2-inch waists. And no one has become a worse culprit of this sneaky editing than Kylie Jenner.

The day Kylie stops slicing her body into pieces on social media will be the day I retire. That is the only silver lining of this, that I get to keep my job. But still, don’t trust Kylie, and whatever you do, don’t compare yourself to her. Why? She doesn’t even look like the version of herself she puts on Instagram! Check out what I found this week, because it’s melting my brain.

couldn’t really sit in this but it was worth it 😊

She captions that she couldn’t really sit in it, which is now considered a cool thing to say, ever since Jen Aniston showed us all how she rides to fancy events in expensive, restrictive dresses. Why can’t celebrities just get dresses that are fashionable and also comfortable to sit in??? I don’t get why this is considered a fun, quirky thing to announce—that your dress was so tight, you could not even sit down? I mean, girl, size up? Like, when I’m sitting in jeans that are even a smidge too small, I immediately want to rip all my clothes off. How can you stand it?

That aside, Kylie looks gorgeous, as always, and plastic, as always, with a waist that is smaller than her head, as always. This looks totally Photopshopped/Facetuned to me because, one, her waist is just way too thin for the rest of her body; two, her face is not her face; and three, her arms have squiggly lines. C’mon Kylie, let it go already.

And while I couldn’t find the original photo available, we still found receipts, thanks to our good friends over at Getty Images, who captured a photo of Kylie on the carpet before the Vanity Fair party.

What do you know, guys? Kylie is NORMAL, HUMAN proportioned, not a Barbie doll! In the Instagram version, she clearly made her waist way thinner, her chest way larger, and hips look a little bigger too. She also shrunk her arms and shoulders by a lot. And for WHAT? Her arms look great as-is!

The funniest part to me is the top. She REALLY over-inflated it, it looks like there’s a pillow shoved into her top compared to her tiny little arms next to it. It’s the FaceTune equivalent of stuffing your bra, but we’re not 13 anymore. The dress is so cool and pretty on her, I just don’t understand what the purpose of these adjustments is.

You’d think with all that glam and money that went into this look, she’s just pose for a great picture and let it go, right? WHAT are we trying to accomplish here, people?

Why is this like, a new and exciting thing that these poor women can’t even sit down? Is that supposed be a positive? Even Winnie Harlow commented:

Like, this is supposed to be a compliment right? Her waist is so tightly bound in that she can’t even sit down! And she still edits it to make it even more dramatic! And we’re saying this is a good move for women?

Some commenters thought she meant it as an insult. But I think she really means to compliment Kylie’s dedication to showcasing an alien body and pretending it’s her own. Come on ladies, don’t we all just really want comfy dresses that have pockets for our snacks? Can’t we look just as hot that way?

Did you spot this Fail immediately? Why do you think Kylie and Klan continue to edit their pics? Would you wear so much Spanx that you can’t even sit down just to look like this? Or would you like, wear a dress that fits, and enjoy your time? LMK your thoughts!