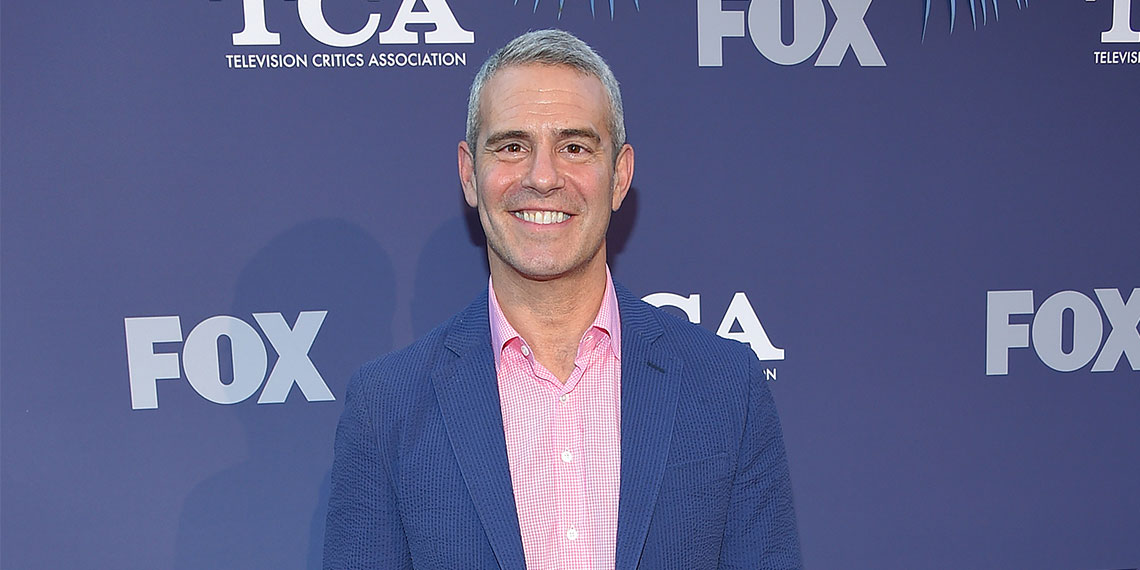 Photoshop Fail Of The Week: Don’t Mess With Andy Cohen

In the reality TV world, it doesn’t get much bigger than Andy Cohen and the Kardashians. They’ve both built up their own empires, albeit in different ways. Andy has spent years dealing with the nastiest of Housewives disagreements, while the Kardashians deal with…nothing? Idk, they’re all very successful businesswomen, so I won’t come for them. Except when it comes to Facetune and Photoshop. Recently, these two reality TV titans collided when Andy Cohen was hanging out with Khloé Kardashian, and they commemorated the occasion by posting a cute selfie. Or, I should say, Andy posted a cute selfie. Let me just show you what some kind soul at r/instagramreality saved for our viewing pleasure.

Andy is a real person and posts photos that look like a real person—imagine that! Even Khloé, who has had juuuuuust a tad bit of work done, looks like a beautiful human woman in this picture. I mean, a human that has a ton of makeup, fake eyelashes, extensions, etc. But a person, no less.

HOWEVER. Khloé then acts like the fact that Andy just posted the photo means we won’t somehow have receipts because then she posted her own version:

And claims it looks different because she “had to adjust the lighting”. The lighting. I’m sorry. Does she think we’re all stupid and don’t understand how Facetune works? Guys, did you know lighting erases every single line, blemish, wrinkle, and gives you scary plastic Barbie skin? DID YOU?

Sorry Khloé, literally no one is buying this. On my short list, she did change the lighting, but also airbrushed the shit out of her skin, erased her dark circles (and messed up her eyelashes in the process—the lashes looked way better in the before pic), smoothed out her lips, and got rid of any normal line in her neck that shows that the skin can move. She didn’t, however, have to get rid of forehead wrinkles, because that part of her face hasn’t moved in years. Which is more than what I can say for what she did to Andy.

Andy, being normal, does not try to pretend to look like a 20-year-old. Or, more accurately, like he’s really bad at using Facetune. She smoothed him out and bleached up his skin so badly, his eyes look like the dark pits straight to hell in his weird, plastic eye sockets. The f*ck, Khloé? He doesn’t look younger, he just looks creepy. Why would you do that to Andy?!

Like, what are we supposed to believe the lighting is from, the Fountain of Youth? But honestly, much like Botox, doing this kind of thing to your photos really does not make you look younger. It makes you look like you had some work done. Badly. Put away the Facetune, people, especially when you’re on TV. We know what you actually look like and this sh*t is scary.

Do you think it makes celebs look younger when they airbrush out every little wrinkle? Can you tell when people Facetune their skin? Do you think the Kardashian Klan will ever have enough plastic surgery to feel comfortable posting their real faces and bodies? Let me know in the comments!