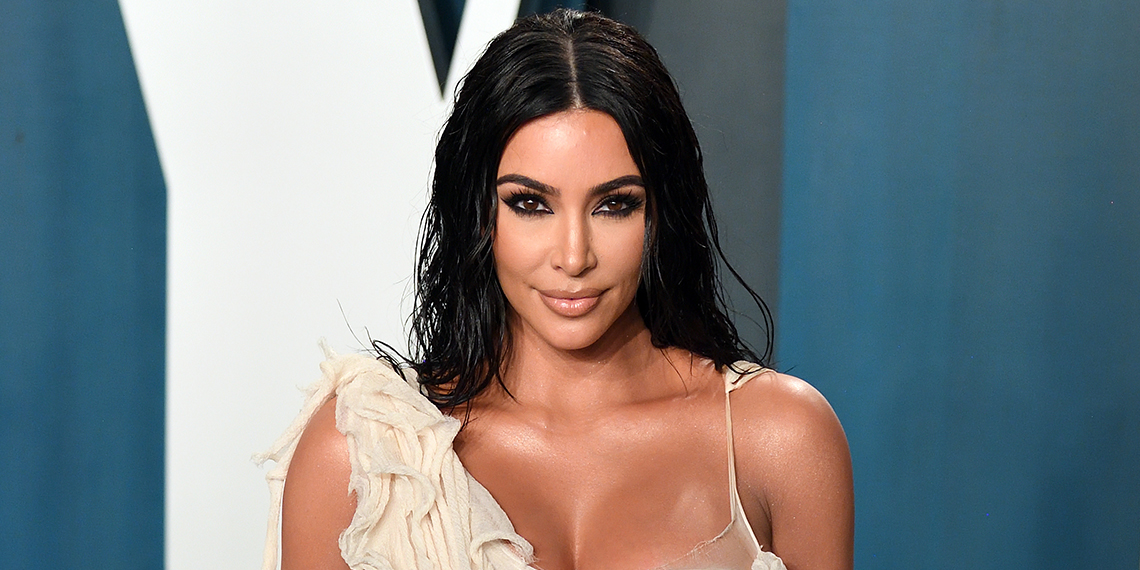 Guys, we made it to 2021. After the complete bullsh*t that was last year, I really hope this year is better. Although so far it’s not super great. I mean, wtf, I thought when the new year hit, everything would be magically fixed, I’d suddenly have the will to exercise again, and the world would make sense. Is that not how it works? But the good news is despite the world literally going up in flames (at least in the U.S.) and a global pandemic, we will always have some consistency in our lives. And that is the fact that Kim Kardashian (no longer West) has no idea what her face looks like. She also really has no idea what a human face looks like. As we know, Kim is the guiltiest of guilty when it comes to Facetune/Photoshop, second only to her sister Kylie. Let me tell you, at this point I’m partially convinced they’re just lizard people trying to pose as humans because why else must they edit their faces so much in every single pic? WHAT ARE YOU HIDING, GUYS?

So my editor sent this pic:

Which. Do you know how many articles like this I’ve written about Kim? Do you know how many valuable hours of my life I have spent staring at her stupid face(s)? And still, this edit is so bad that I legit did not know who it was until I looked at the name. And even then, I was like, “Wait did they use some model? IS SHE JOKING?” But no! She was not joking. Kim thinks this is passable for her own face (and don’t even get me started on the body).

Who, let’s be real, doesn’t seem to look like herself (or human) anymore either. (What the f*ck is happening to these people???) Look, if you’re going to be editing your pics (which, I highly suggest you don’t, because I think it ultimately harms your self-esteem, aside from fixing just small things like acne or lighting), keeping your face proportions consistent is the most important. I’ve said it a million times, and I’ll say it again: These slight differences are truly what gives you your own face. The Kardashian Krowd does not do this, and that is why every pic of them looks like different people.

Here’s a close-up of Kim’s pic:

What, and I cannot stress this enough, THE F*CK? She looks like her face is made of playdough. The entire left side is stretched out and it looks like she realized this and tried to smush it back together, resulting in a nose that is literally melting off her face. Her eyes are pulled into a super sharp angle (very common surgical procedure too—see above, Bella Hadid), but she pushed it even further and now they don’t even match. Her lips are also smashed and blown up way bigger than even her injections would allow.

Casual reminder that this is Kim’s normal (well, for all the work she’s had done) face, as of February 2020.

And in case you want to try to tell me It’S tHe AnGle, here ya go.

Here you can really see how bulbously stretched out the left side of her face is. She’s looking almost totally straight forward with a slight head tilt, and yet her nose is all shoved to the side. It gets harder and harder to line these pics up the more she warps her face. I did this one based on her head size and lining up her nose position and lips. Girl, put the Facetune down!

Kim, I know times are tough, super sorry to hear about the divorce, but I really don’t want to know what kind of men you’ll attract with this smashed out head and face look you are going for. Maybe you could try just being yourself?