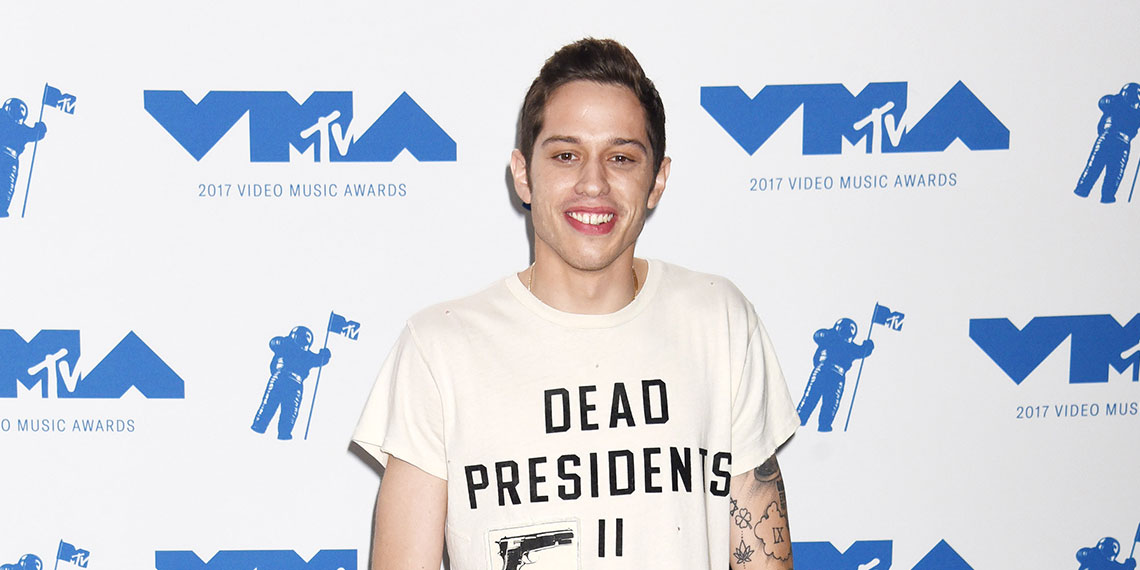 Pete Davidson & Kaia Gerber Broke Up: Our Predictions For Who He’ll Date Next

Well, that was fun while it lasted—or was it? On Tuesday evening, Page Six reported that Pete Davidson and Kaia Gerber have called it quits after approximately 17 minutes of dating. Sad! While none of us really expected this relationship to last more than a few months, we luckily have some info about what went down. The Page Six source said that Pete is “very intense to his girlfriends,” and that “it got very overwhelming for Kaia.” I mean, no sh*t. Did she not know anything about Pete before they started dating? He got engaged to Ariana Grande after approximately 23 minutes of dating, so IDK what any of us would expect.

The most interesting question at this point is who Pete Davidson will date next. For someone who looks like that, famous women are strangely lining up to date him, so it’s only a matter of time before his next high-profile fling. Therefore, I’ve decided to make some predictions. This is actually kind of tough, considering that over the last two years, Pete has dated no less than five women ranging from moderately famous to extremely famous, and from 18 to 45. Luckily, I’m armed with a college degree and a disturbing amount of celebrity knowledge, so I’ll attempt to make educated guesses about who Pete Davidson will date next.

The daughter of Johnny Depp and French singer/model/actress Vanessa Paradis, 20-year-old Lily-Rose Depp seems like the exact type Pete Davidson has been into lately. She’s been seeing Timothée Chalamet for a while now, but honestly, I feel like that could change at any moment. Now that Pete is single again, maybe Lily-Rose will shoot her shot.

who woulda thought it’d turn me to a savage

I don’t know if Josie Canseco is really Pete’s type, but she could be. Pete’s last two girlfriends have both been the daughters of famous models, so Josie fits that bill. Last summer, she was Brody Jenner’s first rebound after he and Kaitlynn Carter split up—that feels like 10 years ago. Now, it looks like Josie is dating Logan Paul, who is not the one married to Tana Mongeau (don’t feel bad, I had to look it up to make sure). Logan is actually the more problematic Paul brother, so for Josie’s sake, I hope this doesn’t last long. Once she comes to her senses and ditches Logan, maybe she’ll date Pete!

Last show of the decade for me last night. To say I’m grateful to still do what I love is an understatement. When I think about what I have been through, what I have achieved and how you have all rocked with me in the past 10 years. Woof. Tears.

After her split with Channing Tatum, Jessie J is back on the market, and at 31, she might provide more stability for Pete than some of these teenage thots. Pete clearly likes hot brunettes, so that’s good, but she also knows Ariana Grande. They’ve only collaborated once on “Bang Bang,” so I don’t know if they really keep in touch, but they do follow each other on Instagram. Would Jessie J be breaking girl code if she got with Pete? I feel like Ariana probably has other stuff to worry about.

On paper, Madison Beer seems like an excellent option for Pete. She’s only 20, she’s like, disturbingly hot, and she’s also a great singer. The thing is, we don’t really know if she’s single. For the past couple years, she’s been on and off with this geeky-looking dude Zack Bia, but there’s no solid evidence of whether they’re currently together. They don’t follow each other on Instagram, but in this day and age, that might not even mean anything. But if she is single, she’s right up Pete Davidson’s alley.

It’s been nearly a decade since Vanessa Hudgens has been in the dating game, but now that she and Austin Butler have broken up, the world is her oyster! And who knows, maybe Pete Davidson is the kind of pearl she’s looking for. Vanessa seems like she likes to have a good time, so Pete might kinda bum her out, but I could still see them hanging out for a few months.

Okay, I know, but just hear me out. Ramona Singer is in her sixties, but you would never know it from looking at her. She loves to go out and flirt with younger guys, and I could totally see Pete being into her alpha vibe. They both live in New York, so they could conceivably meet each other, and I would absolutely die if Pete made an appearance on The Real Housewives of New York City. Even if you disagree, please just let me have this one.