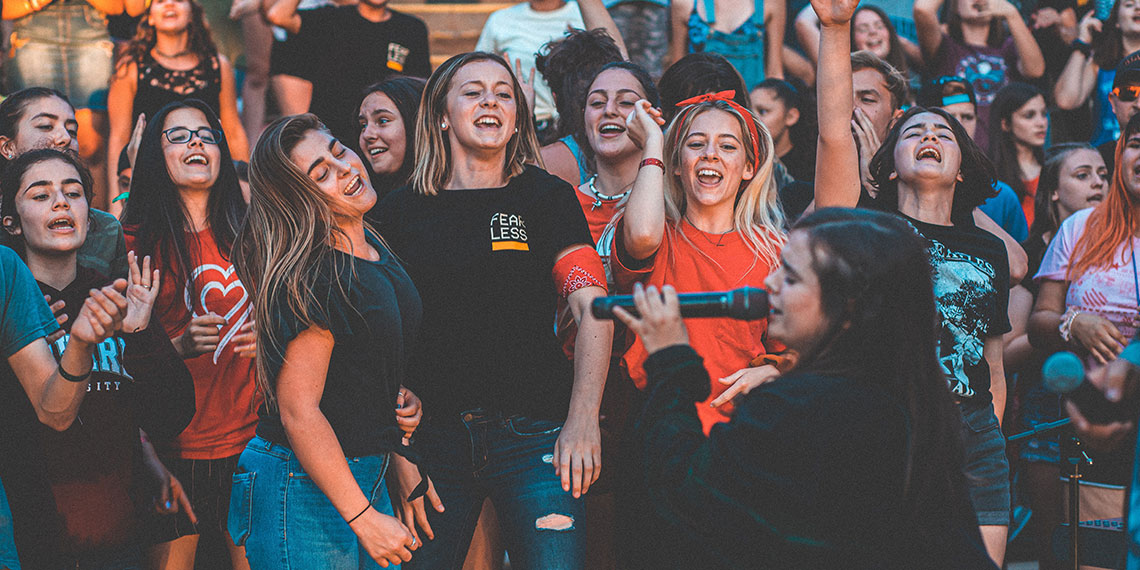 In news that could not be more quintessentially Alabama, CNN reports that some young people in Tuscaloosa are holding coronavirus parties in order to purposely infect themselves with the virus. Truthfully, not a single word in that sentence surprised me, except maybe the fact that Florida was not involved. Congrats guys, it wasn’t you this time!

In a presentation to City Council members, Fire Chief Randy Smith explained that there is a trend amongst young people in Tuscaloosa where they’re throwing ticketed parties to catch coronavirus, and the first person to get a confirmed positive test wins a payout from the ticket sales. So this is like a coronavirus party-meets-pyramid scheme. Great! Council Member Sonya McKinstry said that there have been several parties in Tuscaloosa and surrounding areas in the past few weeks, and they confirmed with doctor’s offices that these are actually real. And this is why we can’t have nice things (and why other countries are literally banning us).

The city is reportedly working on breaking up these parties, and also passed a mask ordinance that will go into effect on Monday. It will require adults and children over the age of 8 (parents will have discretion with children aged 2-8) to wear face masks in all public places, including inside businesses, on public transportation, and at outdoor gatherings with 10 or more people. It will be in effect for at least the next 30 days, and those who violate the law face a $25 fine.

Though it seems like a special breed of stupid, the idea of hosting a gathering with the express purpose of exposing guests to a virus is not actually new. Beginning in the 1970s and 80s, parents would set up “chickenpox parties” for their children in the hopes that they would contract chickenpox sooner rather than later. Today, however, the CDC “strongly recommends against hosting or participating in these events,” urging parents that the chickenpox is a serious disease that can cause severe complications and even death, even in healthy children (hmm, where have I heard this before?). The CDC adds that since there’s no way to tell how severe a child’s symptoms will be, “it is not worth taking the chance of exposing your child to someone with the disease.”

While for most people, the CDC says, one-time exposure to chickenpox grants immunity for life, when it comes to COVID-19, we’re really not sure yet, which makes having these immunity parties extra dangerous. According to Mayo Clinic, “It isn’t yet clear if infection with the COVID-19 virus makes a person immune to future infection.” We also don’t know yet if having the antibodies protects someone from re-infection. Dr. Dyan Hes, founder of Gramercy Pediatrics, tells Betches, “Currently, we really do not know if there is COVID-19 immunity at all.” Cool cool cool cool cool. While some people who contract the virus do get antibodies, she says, “Studies show that many patients lose their COVID-19 specific IgG antibodies within weeks to months after their infection. Other studies show that patients with mild infection or asymptomatic patients never mounted an IgG response with antibodies.”

And just to scare you even further, Dr. Hes adds, “We do not know if the antibodies are protective, and this is a problem. Many people who have antibodies assume that they cannot be susceptible to the virus again,” but this is not necessarily true. She advises, “The moral of the story is that everyone should still be wearing a face mask, follow social distancing guidelines, hand wash frequently, and use hand sanitizer when washing is not an option.”

But, I hate to have to break this to you, it’s not only Alabama. The New York Times reported that on June 17, well after large gatherings were banned, a group of about 100 people attended a party in Rockland County, NY. (In fact, the state order at the time limited gatherings to 10 people.) The host of the party apparently showed symptoms of being sick at the time of the event and, along with eight guests, later tested positive for COVID-19.

Rockland County officials deployed contact tracers to see who else may have been exposed at the party and found that guests were refusing to speak with officials or outright denying they were at the party. Officials were forced to subpoena eight people they believe were at the party, and those who refuse to cooperate will face fines of $2,000 per day. Stupid and stubborn! Tracers were also concerned about two other parties in New York City on June 20 and 27 that may have had some guest overlap with the Rockland County party.

BuT wHaT aBoUt ThE pRoTeStS? While you’re right, Karen, that experts worried that the mass protests would cause a surge in virus cases—Dr. Fauci called them a “perfect set-up” for the virus and L.A. mayor Eric Garcetti was concerned they would become “super-spreader” events—so far, this has shown not to be the case. In New York City, there has not yet been an uptick in coronavirus cases, despite the large protests that have been continuing for weeks. Experts are attributing this to a variety of factors, including but not limited to: protests being held outside as opposed to inside; protesters marching at a brisk pace, not remaining stagnant, and wearing masks; protesters being younger and therefore less likely to show serious symptoms; and even just dumb luck.

And, a new working paper from researchers at Bentley University, the University of Colorado Denver, and San Diego State University analyzed data from 315 American cities and compared incidences of COVID-19 in 281 cities where large protests were held to the 34 cities in which they were not, and found that protests had no significant effect on COVID-19. They attribute this surprising finding to the fact that protests may have actually caused an increase in people who stayed at home. In other words, maybe people who would have otherwise been out and about stayed at home so as to avoid the protests.

Even though it’s July 4th weekend and the urge to party might be tempting, I’m going to take a page from Coach Carr’s playbook and say, “just don’t do it, ok, promise?” And before you go sh*tting on Alabama, Florida, or any other states, just remember that recklessness isn’t limited to one part of the country, and that the U.S. is the Alabama of the world right now.