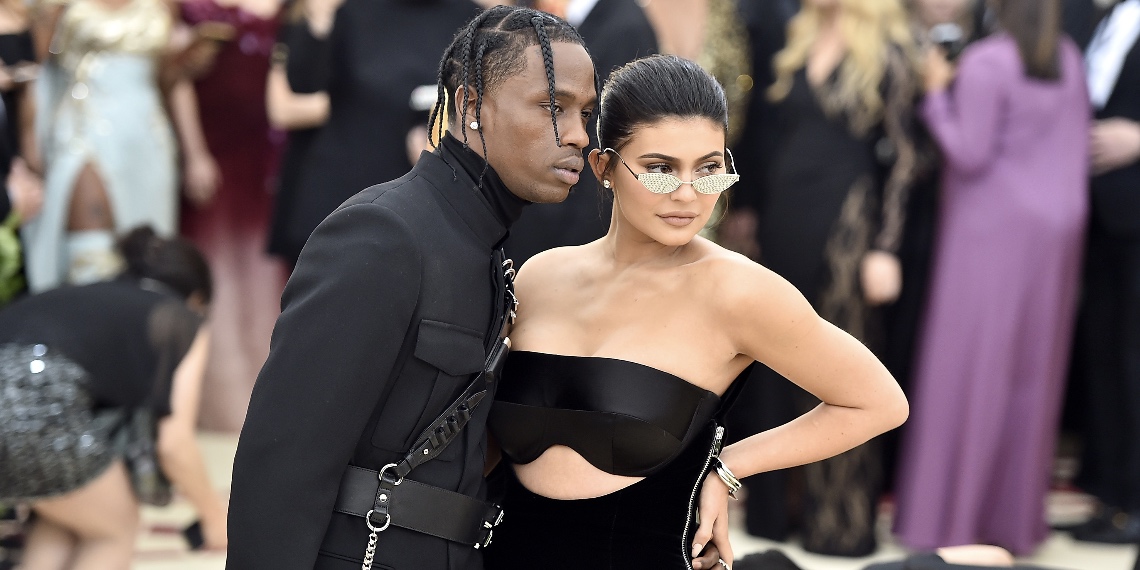 This Sunday is Super Bowl LIII, and I’ve spent this week desperately searching for any reason to care. I may not know much about the teams, or the rules, or literally anything else, but of course I’ve managed to pinpoint the one Kardashian connection to this whole thing. If I have one talent in this life, it’s spending way too much time thinking about the Kardashians. This theory could actually be bigger than Kylie announcing Stormi’s birth during last year’s Super Bowl, because fans think Travis Scott will propose to Kylie during this year’s halftime show.

As you may know, Maroon 5 is headlining this year’s Super Bowl halftime show. While my mom is very excited about this, I’m prepared to chop my ears off if I have to hear “Girls Like You” one more time. Luckily, they’ll be joined by Big Boi (of Outkast fame) and Travis Scott. If I have to hear “Sugar,” at least I’ll also get to hear “Sicko Mode.” You win some, you lose some. But in this situation, Travis Scott might be bringing more to the table than just his music.

From the second I heard he was performing, I was hoping that Kylie Jenner would show up at some Super Bowl-related events. While we don’t have confirmed details of anything yet, or even proof that Kylie will be in the same state as Travis, there’s a major theory gaining steam that Travis Scott will propose, and he and Kylie might get engaged during the big game. As long as they’re not already married, this honestly seems very possible, and I’m prepared to tell you why *dusts off laptop, opens up Powerpoint*.

First of all, Travis Scott recently told Rolling Stone that when he proposes to Kylie, it needs to be amazing: “We’ll get married soon. I just gotta sturdy up—I gotta propose in a fire way.” If I were Travis, I would buy an island in the Bahamas and propose in a ~fyre~ way, but I guess he’s not as into true crime documentaries as me.

Besides the Super Bowl being a massive occasion with tens of millions of people watching, it’s also a day with personal significance for Travis and Kylie. Last year, after basically going into hiding for the better part of a year, Kylie chose Super Bowl Sunday as the perfect time to drop the pregnancy reveal heard ’round the world. I personally remember crying while watching this video on a Subway platform, because that’s where my priorities are. Judge me all you want, I’m at peace with my life choices.

If you’re like me, this is potential Super Bowl proposal is the most exciting sports news you’ve heard in years. Don’t worry, you’re not alone. People are even betting on whether the proposal will go down on Sunday. I’m no expert at gambling, but right now the odds are +180 YES, and -220 NO, according to Monster Roster, an algorithm-driven betting service. My sources tell me that this means you should bet YES, because then you’ll win more if you’re right. Or you can just say f*ck it and get in on your boyfriend’s actual Super Bowl betting pool, because I don’t really know how any of this works.

We’ll be on high alert this Sunday for any proposal shenanigans, and you should be too. This year has already been stressful AF, so I really need this to happen right now. Come on Kylie, don’t let us down!