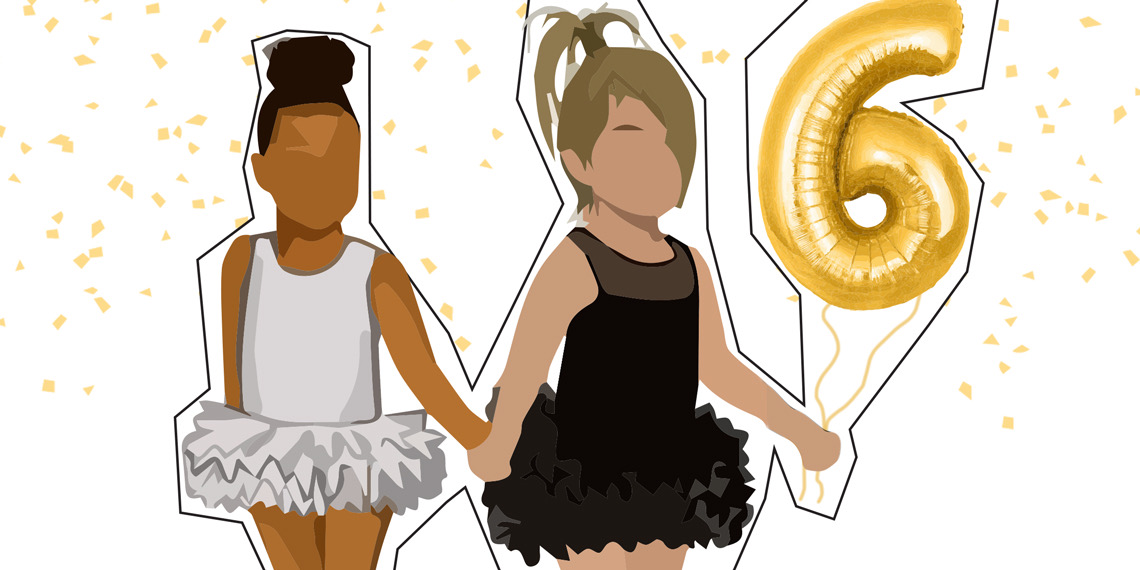 For all the shit that we talk about the Kardashians, we tend to leave the kids out of it. That’s partially because we’re semi-decent humans who don’t need to drag toddlers, but they’re also just not that interesting. Up until now, the next generation of KarJenners have mostly been used as plot devices, rather than actual characters on the shows. That’s fine, but I think it’s time that we start paying a little more attention to these kids. Namely, how fucked up they’re going to be from growing up in such a psychotic family environment.

Well, July 8th is Penelope Disick’s sixth birthday (fuck, I feel old), so let’s give her some much-needed attention. Of course, Penelope’s family loves her and spoils her every chance they get, but they’ve also probably caused her a great deal of emotional torment. I don’t really know if Penelope is old enough to be in therapy yet (I didn’t really pay attention during my psych class in college), but she’ll definitely need it sooner or later. I mean, we all probably need therapy because of our parents—Penelope’s family is just a little more… how do I say this… eccentric. So yeah, these are all the top things Penelope Disick will probably be discussing with her therapist, though I’m sure there a lot more things we don’t even know about.

Penelope has been around the reality TV cameras for literally her entire life, which is probably enough to fuck her up forever. Yeah, I guess she’s probably used to it, but no child is really supposed to grow up with an E! producer camped out in their garage 24/7.

Had to go check on my castle yesterday.

I mean…yikes. For years, it was documented on KUWTK how Scott and Kourtney basically hated each other and had the world’s most toxic relationship. Regardless, they managed to stay together long enough to have three kids, so yay for the miracle of life. Now, Scott and Kourtney have thankfully given up on their tragedy of a relationship, but there’s a looooot of history there. Even if they keep it civil around the kids, no one fully recovers from parents that fully hate each other, especially when you can watch it all play out on TV.

First, Scott’s taste in women cannot be healthy for Penelope. Of course, Scott is an adult who can date whoever he wants, as long as they’re not, like, evil to his kids, but his choices are more age-appropriate as babysitters than potential stepmothers, God, just imagine Bella Thorne waking up in the morning to pack lunches for Scott’s kids. She would probably be that mom who accidentally packs her kids a Four Loko with lunch. Sofia Richie seems like she might be responsible, but she’s still only like, 9 years older than Mason, so that’s gonna be a no from me. And let’s not get it twisted, Younes is no better in terms of age-appropriateness. It’s bad enough when one of your parents pulls a mid-life crisis and starts exclusively dating people half their age, but could you imagine if BOTH parents were doing that simultaneously?? It would be enough to make me pull a Chutney Windham.

Oh god, there is just too much to even unpack here. Why did Aunt Kylie have to hide in her house for nine months? Why did Aunt Khloé stay with the bad man who made out with another lady? Who is Uncle Rob and how come nobody is allowed to talk about him? This is, um, going to take a lot of therapy. I love this family, but Jesus Christ are they fucked up.

I don’t know if you know this, but Penelope’s middle name is Scotland. SCOTLAND! Like the country! Apparently, E! reports that it was actually Kris who suggested the middle name of Scotland (!!), but it’s literally unbelievable to me that Scott didn’t come up with it as some sort of weird homage to himself. The man calls himself The Lord—if you think for one second he had nothing to do with this, I’ve got a bridge I’d like to sell you. If Penelope were a normal kid, she could just spend most of her youth refusing to tell people her middle name, but it’s all over the internet, so she’s just going to have to talk to a professional about how her dad’s narcissism is evident even in her naming.