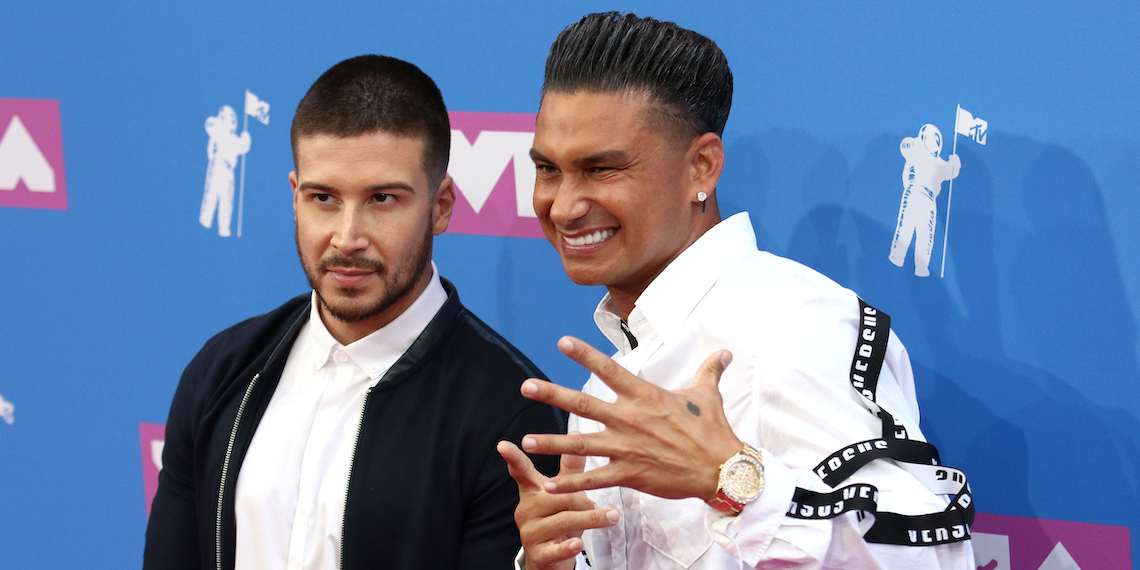 For the past couple of years, pop culture has been riding a major nostalgia wave, for better or for worse. Certain reboots have made us cringe, but we’ve also been gifted with some instant classics. Case in point: Jersey Shore Family Vacation. I had my doubts when MTV originally announced they were bringing the Jersey crew back together after nearly a decade, but our favorite BFFs like Snooki and J Woww or Pauly D and Vinny are still the perfect amount of crazy for reality TV.

While many of the Jersey Shore favs are married and/or raising kids, my sweet angels Pauly D and Vinny haven’t settled down yet. Thankfully, the MTV producers gods heard my prayers, and are blessing us with a dating show starring the world’s best DJ and the Keto Guido. A Double Shot At Love is coming back, and I already know it’s going to be better than ever. Today, MTV released a teaser promo for A Double Shot At Love, along with all 20 0f the contestants on the show. Watch the video first, and then we 100% need to talk about some of the women competing, because they seem like characters.

If you don’t feel like watching the video, it’s basically 30 seconds of Pauly D and Vinny playing with baby chicks, and joking about being done with chicks and wanting real love. It’s a dumb video concept, but it’s so cheesy and cute that I really can’t complain. I would’ve preferred some actual footage from the show, but I’ll live. Honestly, I really should be ashamed of how much I love these two. I’ve met Vinny IRL and he is just as sweet and charming as he comes across here. Why did I not apply to be on this show? Probably because I’m a gay man, but I’m still a little bitter.

So where do I even begin with these 20 lovely ladies competing for Pauly and Vinny’s love? Let’s start with some basics.

– Eight of the women are from New Jersey or New York, which seems fitting.

– There’s a “Brittani” and a “Brittnay,” so I can’t wait to see those two argue over which misspelling of “Britney/Brittany” is more correct.

– All of the women are between 22 and 33, except for Deseree, who is 37. Sorry Deseree, but you’re going home on the first night. That’s just how this works.

– Apparently for their photoshoot, each woman was given a $30 Fashion Nova gift card and told to choose her favorite bodycon dress. Once you take a look at the cast photos, you’ll see what I mean!

I have neither the time nor the energy to go through and roast all 20 of these brilliant casting finds, but I’ll pick a selected few to make some comments. Let’s start with Brittani, whose nickname is “B-lashes” according to the press release. I’m proud of Britt for ignoring the bodycon trend, and instead showing up in her best Lisa Vanderpump cosplay. Great work. This is what J-Woww would look like if she got a job selling insurance.

Next, let’s talk about Cate, who is from Staten Island, but that should be obvious from literally everything about her photo. I’m all for a good leopard print moment, but this dress really should’ve been left in 2004. The slicked-back sides look is probably my least favorite hairstyle ever (all the Real Housewives love it, and I simply do not understand), and I’m pretty sure she’s wearing a Bump-it. At least Cate toned things done with natural-looking amounts of eye makeup and bronzer. LOL.

This was truly a tough choice, but I think my favorite look out of the bunch is Alli, who seemingly forgot that you’re supposed to wear a dress over your Spanx and not just wear your shapewear out. She looks great in that dress, but the dress itself looks like a condom. I’m placing my bets now that Vinny and Pauly will both be all over Alli, because she seems to exude the right mix of confidence and willingness to take shots at a moment’s notice.

A Double Shot At Love premieres on April 11 on MTV, and I can’t wait to see how much more ridiculous this bunch of women get once they start to speak. Considering that the ladies on The Bachelor can barely form intelligent sentences, I might have to watch this show on mute. Regardless, Pauly D and Vinny, please feel free to slide into my DMs any time.