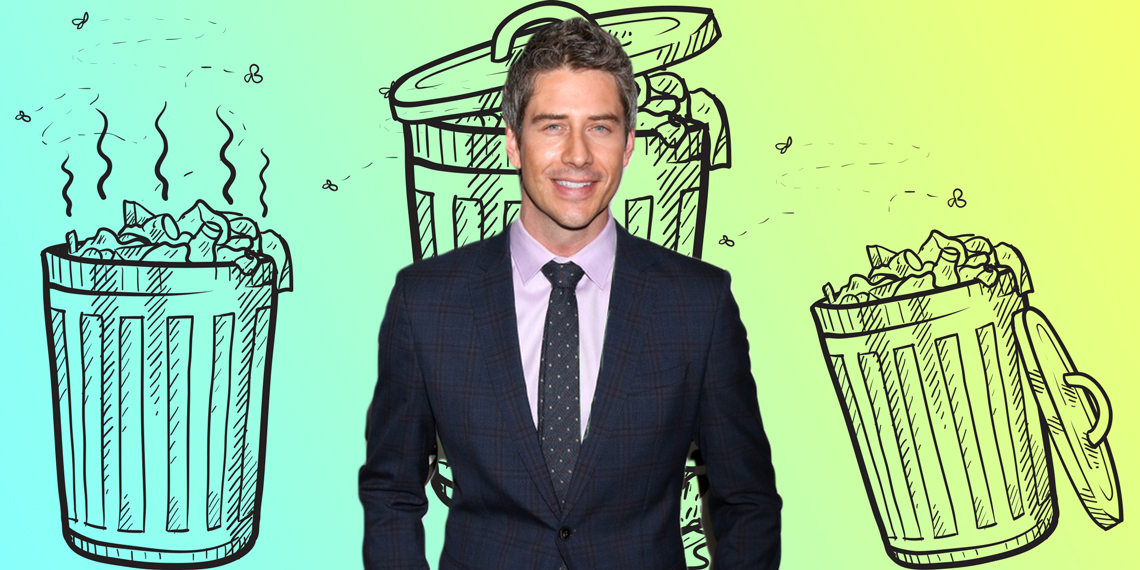 The Past Bachelors Are Coming For Arie Luyendyk Jr. On Twitter

We’re all still reeling from last night’s shitshow of a Bachelor finale, and it’s going to take a while before I’m physically and emotionally ready to do anything productive. Today I’m coping with the trauma by spending hours on Twitter, trying to keep track of exactly what everyone else’s reactions were. We already broke down what Bekah M. had to say about Arie being a literal garbage human, but just like America, Bachelor nation is a land full of many diverse viewpoints, which means there are lots of white dudes with something to say.

Past Bachelors, this is the moment we will judge you for. We already had to suffer through Becca being dragged through the mud in front of a TV camera crew, so please be decent humans and don’t let us down. You already know this is far too much to ask from a group of 21 white men (and one Latino guy) who are best known for appearing on a reality show, but there’s nothing wrong with dreaming. Let’s take a look at which of the past Bachelors can still sit with us, and which ones can promptly fuck right off. And fuck Chris Harrison, I just need to say it before I forget.

How did this breakup end up on camera? Seems like a private conversation. We don’t belong in this conversation….but im still watching #TheBachelor

Good job Ben, these are exactly our thoughts. There shouldn’t have been cameras, but I’m not going to turn off my TV and miss out on all the drama. I relate, because I am completely hopeless when it comes to minding my own business. If you’re not trying to find out everything about everyone else’s lives, wtf are you doing with your time? Ben definitely wasn’t perfect in his time as the Bachelor, but he’s also not the worst.

But real talk does this mean @jason_mesnick and I are off the hook now?? #TheBachelor

Ben!! You were doing so well with that last tweet, but no honey. First of all, as a little refresher, Jason Mesnick was the infamous Bachelor who proposed to Melissa, then changed his mind, broke up with her ON LIVE FUCKING TV, and got back with Molly instead. (That relationship didn’t work out either, probably because Jason is trash.) No Jason, YOU ARE NEVER OFF THE HOOK!!!!!!! Seriously, Jason is at least as bad as Arie, and maybe worse because he did it on live TV. Ben isn’t nearly as major of an offender, but like, stop aligning yourself with this trash bag.

Waow… Feel bad for HIM, People STILL don’t understand that we SPEND only like 40 hours total with EACH of the final 3 contestants. ????????‍♂️ https://t.co/nThmqjb3pF

We always knew Juan Pablo was the human equivalent of gas station sushi, and he just keeps proving us right. Yeah, I understand that it’s like super tough that you have to date soooo many women who are all super into you, and it’s so shitty that you only get to pick one at the end, but you know what you’re signing up for. Juan Pablo was very vocal in his support of Arie, but offered zero support to Becca, because this is definitely all easier for her. Okay, yeah, great, I’m gonna go scream into a pillow. Adios Juan Pablo, you’re canceled.

This is like watching OJ’s white bronco in 1994. #thebachelor

Ben Flajnik is one of the more irrelevant Bachelors in recent memory, but this OJ Simpson analogy is low-key perfect. This entire situation was a fucking mess, but my eyes were glued to the TV. Also, if you don’t get this reference, go watch American Crime Story. You’ll like it, it’s sweet.

I don’t like this one bit. Shouldn’t have filmed. #thebachelor

Ah, Sean Lowe. One of the few Bachelor men who’s still with his winning pick, and also one of the few who isn’t just mostly trash. Sean is out here working hard to make the men of The Bachelor not look like a raging dumpster fire of testosterone, but it’s too big of a job for just one person to do. Still, it’s admirable. We see you, and we value you. Truly a voice of reason among a bunch of dudes with shitty opinions.

Yes. This. Make it stop, please. I need to stop thinking about this fucking breakup scene, because I’m simultaneously so angry and so obsessed. I will never forgive Arie, mostly for what he did to Becca, but also for turning me into a monster who can’t think about anything else. This has truly been a garbage season to top all previous garbage seasons, and I don’t know if I’ll ever watch again (jk see y’all this summer). Thank you Sean for the admirable tweeting, but fuck this show.