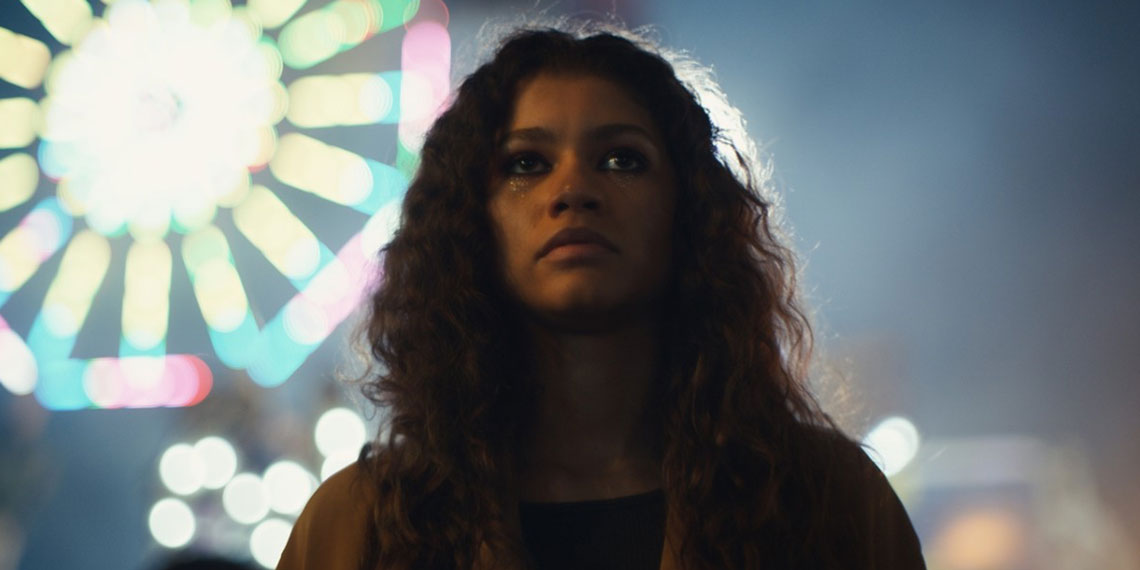 Our Predictions For The Season Finale Of ‘Euphoria’

Based on my last Euphoria article, it’s no secret that I am f*cking obsessed with this show. If you didn’t get a chance to read it, here’s how obsessed I am: I had ~plans~ with my FWB on Saturday and just as we were about to like, start, Euphoria came up in the convo and he admitted he had never heard of it, so I made him sit there and watch three full episodes. Yep, this nympho put sex on hold for a few hours so that one more soul could be touched by Euphoria. Was I doing God’s work last weekend? I’ll let Her decide, but I think yes. This show is incredible and if you disagree, I respect your opinion.

If Euphoria has given you more than just a reason to stay up past 10pm on a Sunday night, you are probably all caught up and have a few ideas about what’s going to happen in the finale. But because this show is one gigantic curveball, it’s hard to know for sure. All I’m saying is that I’ve literally gasped out loud at least twice during every episode because I was so shocked. I truly can’t believe this season is already over, but like all good things, it must end. Yeah, I’m crying, whatever. Ok, so in light of the season finale that will most definitely have the world shaking, I have a few predictions up my sleeve that I’d love to share with you all. Here we go.

As in, she’s been dead the whole time. Tbh, I didn’t come up with this theory, but I read it on this really reliable source called the internet (ever heard of it?) and I kind of believe it. Here’s why: after reading said theory on the World Wide Web, I went back and watched the first episode because I needed to fill the hole in my day that my friends fill with their boyfriends, and I realized that Rue’s language is really cryptic and completely omnipotent. Maybe the directors just did this for stylistic purposes and so that we, the audience, can know wtf is going on, but maybe, just maybe, she’s like a beautiful, crop top-wearing, drug-taking spirit who has all of this v private knowledge about the characters because she’s already dead and ghosts know everything.

And as for the concrete reasons I believe the above to be true? For starters, remember when Rue fully overdosed in the first episode? What if, instead of Gia finding her just in time, she got there a little too late and Rue died? And the rest of the season had already happened pre-overdose and she’s recalling all these events based on her memory? That would actually make a lot of sense, considering it’s really hard to remember things that happened when you were high (or so I’ve heard…). She’s even admitted that she’s not super reliable. One more point: the last episode is called “And Salt the Earth Behind You,” which, like, yeah. I feel like HBO just confirmed that I am right with that one.

Cassie Has An Abortion

I know what you’re all thinking. Of course she has an abortion! But think about all of the shows that feature some sort of unplanned underage pregnancy. Everyone either has the baby or has a miscarriage. No television show that I can think of (not even SATC) has touched abortion. I think Euphoria will be the one to go where no other show has gone before. And honestly, just knowing Cassie, she’s not going to be down to become the next Juno of her school.

The fact that McKay is also very not down to have a baby has to influence her at least a little bit. It may be her body and her choice, but if the man she loves adamantly does not want to become a teen dad to their unborn child, it’s not that crazy to think that she may agree with him. As her pathetic excuse for a father so insensitively ingrained in her, parenthood isn’t something to be taken lightly, so if you’re not 100% down to have kids and care for them for at minimum the next 18 years, don’t f*cking have kids.

Fez Is Going To F*ck Nate Up

And not in the way Nate likes it. I fully believed Fez when he promised Nate that he’d kill him if he (Nate) didn’t stop tormenting Rue and her friends. Obv Nate didn’t really care and is 110% going to keep messing with them, which makes me think that Fez will pull a gun on him just before he has the opportunity to do something really horrible to Jules and/or Rue. In the preview for the finale, someone in a ski mask (really?) is seen pointing a gun at someone else, and while a few people think it’s Rue holding the gun, I know for a fact it’s Fez. How do I know this? Look at those f*cking eyebrows! Those are Fez’s! Would anyone really be that shocked that the “dropout drug dealer” has and uses a gun from time to time? Now, I have no idea what Nate will actually do to incite this totally terrifying gun violence, but I definitely know it will be something bad. Like, worse than that time he made a fake dating app account using the identity of a man that he savagely beat up right before framing said man for rape, and then flirting with Jules on the fake account to use as blackmail against her. Is there even something worse than that? If so, Nate sure as f*ck would know what it is. Honestly, poor Jules. How did this even happen to her?

I don’t think Nate will die, though. Mostly because, even though he’s a complete psychopath, he’s too damn beautiful to die. Secondly, later in the trailer (I’m assuming it’s chronological), someone is pinning him to a wall. From the looks of it, the person doing the pinning kind of seems like it’s Rue, but unless she’s part Hulk, I think it might be her dad? He’s the only other curly-headed person on this show. If it is him, that would also explain my earlier theory re: Rue narrating this entire season from the past. It would also explain why Nate hates Rue.

Ok, hear me out! Remember at the end of the last episode when Kat starts stripping at the command of someone who masked his voice and blacked out his screen? If he was just a rando creep on the internet, he wouldn’t have done that because he wouldn’t have had a reason to. Anyone else who Kat’s banged this season also wouldn’t have had shame in admitting they think she’s a sexy kween because, hello, they already had sex with her. Yes, technically, Daniel also had sex with her, but during it, he said he had zero recollection that the two of them dated for five months back in the day. And by “back in the day,” I mean four years ago. Unless POS Daniel has brain damage, there’s no way this little skeeze wouldn’t remember that. I think he has been into her this entire time, but is too much of a p*ssy to admit it, which is why he Skypes her while covering his camera and changing his voice. Is SVU hiring? I’m on a f*cking roll with the detective sh*t here.

One more theory about this and then I’ll move on. Him being into Kat would def explain why he’s not into Cassie: they’re polar opposites. It’s almost like the popular boys are expected to be into someone like Cassie and not into someone like Kat, which is both f*cked up and completely proves my point.

What are your theories? Let me know!