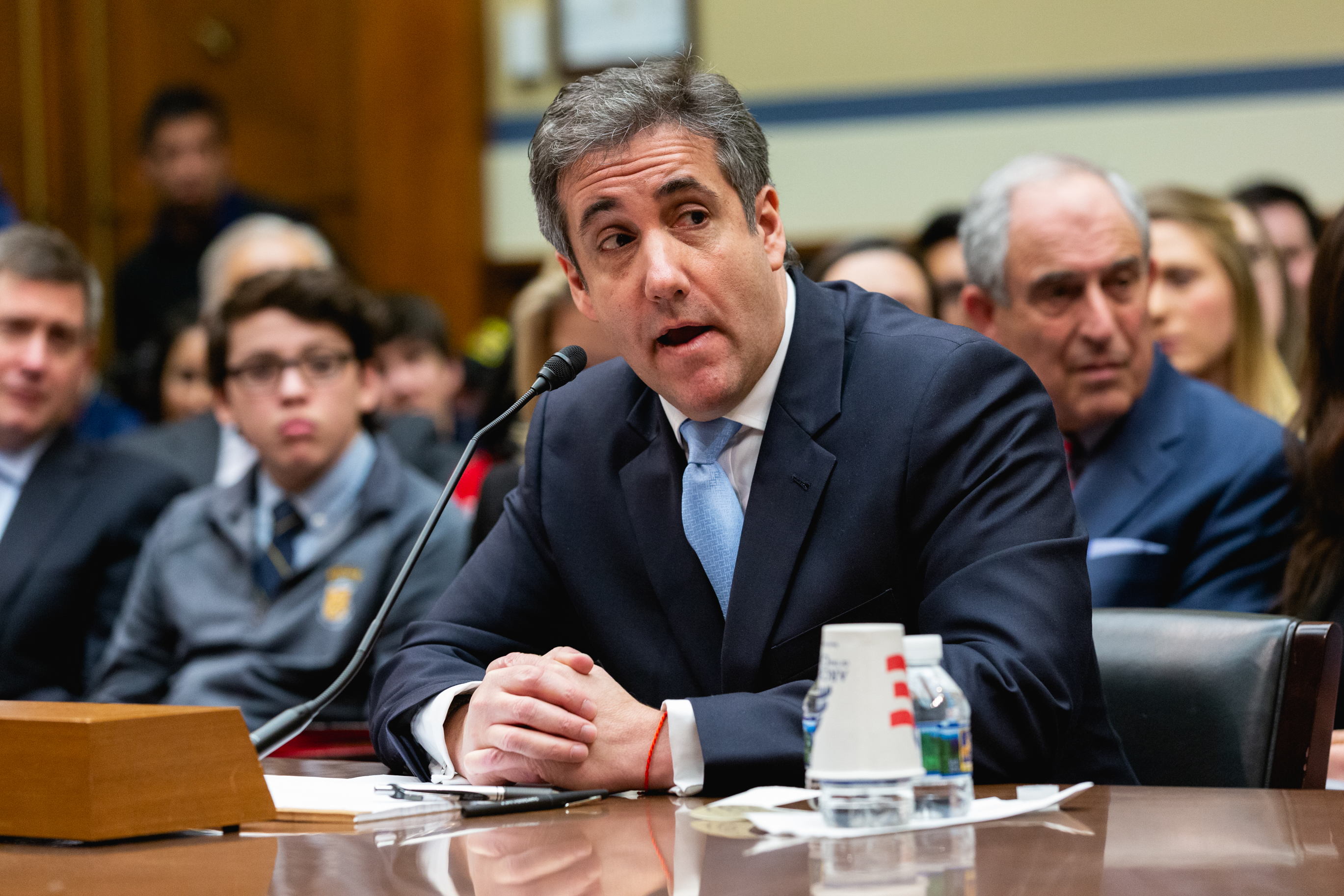 Omfg What Did I Just Watch: 6 Takeaways From The Michael Cohen Hearing

Apologies to the Boston Tea Party, but yesterday’s Michael Cohen testimony to the House Oversight Committee is now the day in our nation’s history most associated with scalding hot tea. It was served and boy oh boy was the nation tuned in, ready to sip it. Donald Trump’s former lawyer, Michael Cohen, testified for over seven hours yesterday and since you like, probably have a day job or rightly don’t subject yourself to such torture: here are the main takeaways from the truly historical event.

Over and over again, Cohen was asked if the president told him to lie on his behalf and Cohen insisted he never directly did. But what he did say was that Trump didn’t have to say it explicitly. He had a code and Cohen knew how to read that code. So he’d say things indirectly and Cohen understood what was to be done. It’s like an episode of The Sopranos but Melania is nowhere near as cool as Carmela and Tiffany wishes she could hold a candle to Meadow.

Cohen: "[Trump] doesn't give orders. He speaks in code. And I understand that code."

I was once assigned to FBI Organized Crime Squad in Queens, NY. Can't begin to number amount of Mob cooperators who described their abilities to interpret Mob Boss's orders in exact same manner.

Cohen kept referencing an ongoing investigation by the Southern District of New York court that kept him from revealing too many details about other wrongdoings by Trump. While it isn’t completely clear what they are investigating, it likely has to do with campaign finance violations. Obviously, we’re all sending radar drones to circle the skies of that courthouse until they release more information about that case.

Congressman: "Is there any other wrongdoing or illegal act…regarding Donald Trump that we haven't yet discussed today?"

Cohen: "Yes, and again, those are part of the investigation currently being looked at by the Southern District of New York."#CohenTestimony pic.twitter.com/ZVFTyHr2XK

Trump Knew of Wikileaks Dump Before It Happened

Cohen said he was in the room when Roger Stone called Trump and told him that he’d spoken with Julian Assange, aka Pamela Anderson’s boyfriend, and that Wikileaks was going to release emails of Hillary Clinton’s. Instead of you know, reporting foreign meddling in our election, Trump just responded, “wouldn’t that be great.” Now, the Wikileaks Twitter account is playing a game of he said-she said, and is insisting they never once spoke with anyone in Trump’s camp. That tweet’s already being debunked.

A misleading statement from Wikileaks saying they “published” Hillary Clinton emails as early as March 2016. But that collection was no leak, they just reposted Clinton emails released by the State Department site. Very different from DNC emails stolen by Russia and given to WL. https://t.co/5pet5GNWuI

You know when your friend has a crush on someone and they are so insistent they don’t but it’s sooo obvious they do and it just feels like you’re stuck in an endless loop of getting them to admit it. That’s sort of how it feels hearing more information about the Trump Tower in Moscow. Cohen claimed that two of Trump’s other lawyers made him change his 2017 Congressional testimony about the timeline of the Moscow Tower project, indicating it went on much longer than the Trump camp was open and honest about. If this is true, a lot of people, including Ivanka and Don Jr would be in a f*ckton of trouble for lying to Congress.

This is more a general takeaway from the entire hearing, but Republican’s came right out the gate yelling. Their entire tactic was to discredit Cohen by reminding everyone he is a liar. Unfortunately for them, Cohen up top admitted he had lied in the past and was very remorseful for it. So their tactic of doubling down on his dishonesty felt completely like a transparent distraction from the reality that they are all freaking the F out because all of a sudden one of the president’s Yes-Men isn’t nodding along anymore. If anyone reading this is a doctor, Mark Meadows needs a Xanax prescription STAT.

Scorecard after 4 hours:
-Democrats: elicited information from the witness implicating the president in a crime and suggesting he had foreknowledge of the Wikileaks dump and a Russian plot to provide Trump campaign with dirt on Clinton
-Republicans: proved Cohen may write a book

There was honestly so much that was said yesterday, not even the longest group text in the world could cover it all adequately. But some other insane takeaways from the hearing are that Trump hired a fake bidder to “pay” $60,000 for a nine foot tall portrait of him at an auction. The money came from the Trump organization. Cohen also confirmed that Trump directed him to pay off Stormy Daniels and showed a copy of the actual check that Trump signed for $130,000. At one point Rashida Tlaib called Mark Meadows racist for “using a black woman as a prop” and Mark Meadows got so angry he demanded the record be revised to show that he is not racist.

The entire day was so cataclysmically insane that I am going to begin day drinking and declare today a Friday for my own mental health sake. I will cheers to Michael Cohen for being brave and for everyone on the Oversight Committee for concentrating on something this complex for seven whole hours.