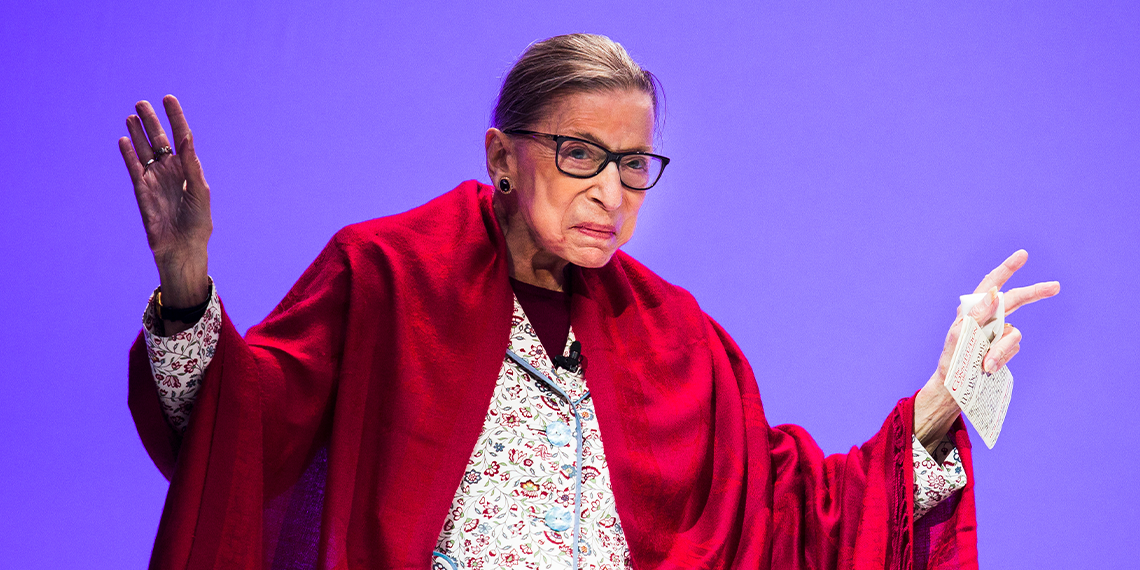 Few phrases have dominated a year quite like “Ok, Boomer.” Sorry to “sorry to this man,” but the former was definitely the phrase that defined 2019 — and most likely, beyond. From being the reply to adults who don’t get Tik Tok to actually being used in speeches about climate change, it is most definitely a universal phrase. So much so that the Supreme Court knows about it and they have a plan of action against it — kind of.

While the House of Representatives was, you know, getting their impeachment documents in order, the Supreme Court justices were debating over unlawful age discrimination. This is when Chief Justice John Roberts (a name you should remember, because he’ll be presiding over the Senate trial about impeachment) asked if a hiring manager saying ‘Ok, Boomer’ could be considered discrimination against people of a certain age, and therefore, unlawful.

The courtroom, obviously being with the times, laughed at this but ultimately agreed that there are some situations where that could be considered discrimination. Oh, to have the only discrimination you face come from one meme.

The lawyer for the plaintiff, Roman Martinez, replied:

“Well if the speech in the workplace….calling someone ‘Boomer’ or saying unflattering things about them in age, when considering them for a position, then yes of course.”

To that, Roberts asked: “So calling somebody a ‘Boomer’ and considering them for a position would be actionable?” he asked.

Then, Martinez explained why disposing with such an epithet would indeed be discrimination:

“If the decision makers are sitting around the table and they say, ‘we’ve got Candidate A who’s 35’ and ‘we’ve got Candidate B who’s 55 and is a Boomer’ — and is probably tired and you know, doesn’t have a lot of computer skills, I think that absolutely would be actionable. ”

I wonder if this was John Roberts preparation to think of great comebacks and phrases for when he gets significantly more attention in the upcoming weeks. He has two kids who are Gen-Z, so I’m sure that they have been giving him a crash course about the “hip, cool” lingo.

We’re assuming this is the first time that this phrase has been used in the Supreme Court, but from what we can assume about the future of politics, it will definitely not be the last.