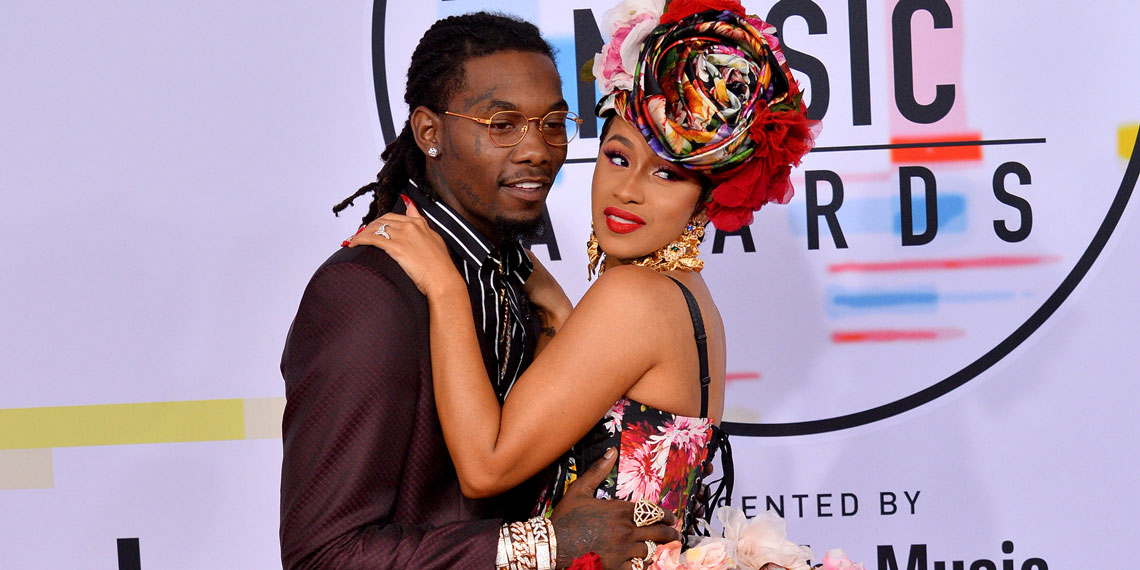 Remember just yesterday, when we were telling you about Cardi B and Offset breaking up, and how it was surprising that it all happened so quickly. Well, love might still be dead, but today we have a lot more details, and boy is it a sh*tshow. Okay, so basically it all boils down to the fact that Offset allegedly cheated, which isn’t truly shocking. He’s cheated before, but I was hoping we’d moved on to a better place, full of love and light and no more feuds with Nicki Minaj. Oh, how very wrong I was.

Just to establish a timeline, Cardi B and Offset got married in September 2017. Then, Cardi gave birth to their daughter Kulture on July 10 of this year. Today, we’re talking about some newly leaked text messages, that were allegedly sent on June 28 of this year. In case you’re bad at math, that’s 12 days before Cardi B gave birth to Offset’s child. This man is really giving Tristan Thompson some competition for shadiest baby daddy of the year.

‪This might be a reason behind #CardiB and #offset calling it quits what’s y’all think ? #LetsTalkAboutIt ‬

To whom it may concern.

I’m not going to address this woman’s poor grammar, but I would like to applaud the caption “To whom it may concern.” This is immediately my favorite cover letter I’ve ever read. In addition to this truly inspirational apology, she also posted a video, in which she apologizes some more. The most iconic moment is when she claims she didn’t realize “how serious his marriage was,” which is one of the most baffling things anyone has ever said. It’s a marriage, not a Tinder date! The government has gotten involved in this relationship! I think there’s only one degree of “seriousness” for marriages, and it’s “existing.” Summer Bunni, you’re just my kind of crazy. She also insists she hasn’t been with Offset since Cardi B gave birth, because f*cking someone’s husband after they have a kid is just over the line. She’s got morals!

Summer Bunni says she hasn’t spoken to Cardi B, which is probably how it should stay. Cardi is obviously ten thousand levels above this rando chick, and I hope she just stays in her lane and focuses on moving on. This is probably the only time I’ll ever think about Summer Bunni, and I’m already tired of saying her ridiculous name so many times. Also, Offset, what the f*ck, man? You’re married to one of the funniest, most successful, sexiest women on the planet, and you really couldn’t keep it in your pants for one year? Thank u, next.