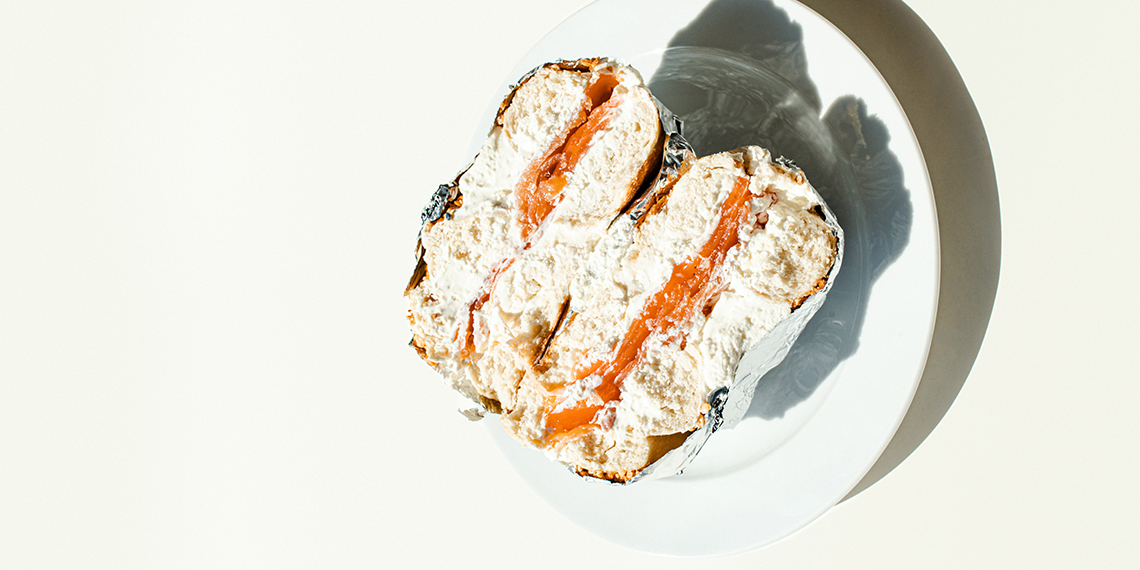 Have you heard? If you listen really closely over the sound of O-shaped toast crackling and cream cheese smushing, you might be able to hear debates from bagel enthusiasts across the country over which state is home to the best bagels. That’s because the traitorously named New York Times went ahead and decided to declare that the best bagels are from… wait for it… California.

California. Not even Jersey. The thought of it alone is enough to spike my blood sugar even more dramatically than would eating an apparently-inferior-to-California NY bagel.

Now, the article itself is not actually a definitive ranking of the country’s best bagels; it’s a feature on the so-called “West Coast bagel boom”, whereby bagel chefs (can I call them bagel chefs?) are heading west to open up their own eateries (can I call them eateries?). And, like, good for them. I commend anyone who makes the move to the land of sunshine, açai, and fillers, rather than just doing what us over here on the East coast do and turn being cold (literally and figuratively) into a point of pride.

You think 60 is cold? I went on a rooftop in the middle of January when it was 23 degrees to celebrate my friend’s birthday and only lost part of my left pinky. And this was pre-pandemic!

You’re crying because your boyfriend just broke up with you? At least you had a boyfriend. The last semblance of genuine human connection that I’ve felt was when the subway conductor announced my train was going out of service!

I recently, pre-NYT piece, had a debate with my friend from New Jersey about which state had better bagels. (We had this debate on a podcast, because we are two millennials who do not deserve to live.) I realized that, at the (empty) center of it, I was not really debating which state makes the best bagels. I’m not Charles Boyle and therefore I’m the type of person who bites into a bagel and takes note of the “particular density, maltiness, chew, crust, and smell” (nor am I a person who makes bagels for a living, nor a person who critiques said bagels for a living). Is it about the  bagels, or is it a coded argument for which is the better place?

While, don’t get me wrong, bagels are a part of me (I’m a Long Island Jew; I was required to pledge an oath to bagels in order to get my bat mitzvah), unless we’re talking about Thomas bagels or Panera, it’s all basically the same to me. I’m either hungover, in a rush, or breaking my Yom Kippur fast—I’m not about to sit there debating the specific crunch and fluffiness or lack thereof. Plus, and I realize this is a sacrilege so sue me, I’m dumping butter on it anyway! But to tell me that I need to travel to Jersey to truly be satisfied? Jersey? I have traveled to New Jersey f0r many frivolous things (mainly, certain parts of the male anatomy that proved to be underwhelming), but I must draw the line at a bread item I can just find at the bodega around the corner.

But that’s not what this article is about. It’s not using bagels or pizza or some other carb-heavy food as a covert way of arguing about which city is superior (and yes, I’m aware that New Jersey isn’t a city, but are you really going to argue with me over the Minutiae of Hoboken vs. Jersey City vs., I don’t know, Weehawken?). What we really have here is some good ol’ fashioned clickbait—and I do mean “ol’ fashioned” quite literally. And you know what, fine. Better some fancy New York Times food writer duping me into thinking they’ve insulted the holy grail of New York bagels over some alt-right lizard shouting that Jews caused 9/11. I’ll accept that I’ve been fooled, but I will not stand for an unnecessary East Coast/West Coast debate—one in which nobody dies, but instead, we all get an inexplicable craving for bagels—just because some crafty editor wanted me to read about newly opened California bagel joints. Joints I can’t visit anyway, since I can’t get on a plane! You will not catch me on Twitter conjecturing about if it’s really the New York water or simply the flour, and don’t let them catch you either. They’re all bagels. They’re all good. This isn’t the Harry Potter prophecy, where one bagel place cannot live when the other survives. Except for those Midwest bagel fries—those are an abomination. A bagel is a sandwich, not a chip, and that’s that. If you ask me, that is the real problem that needs addressing.