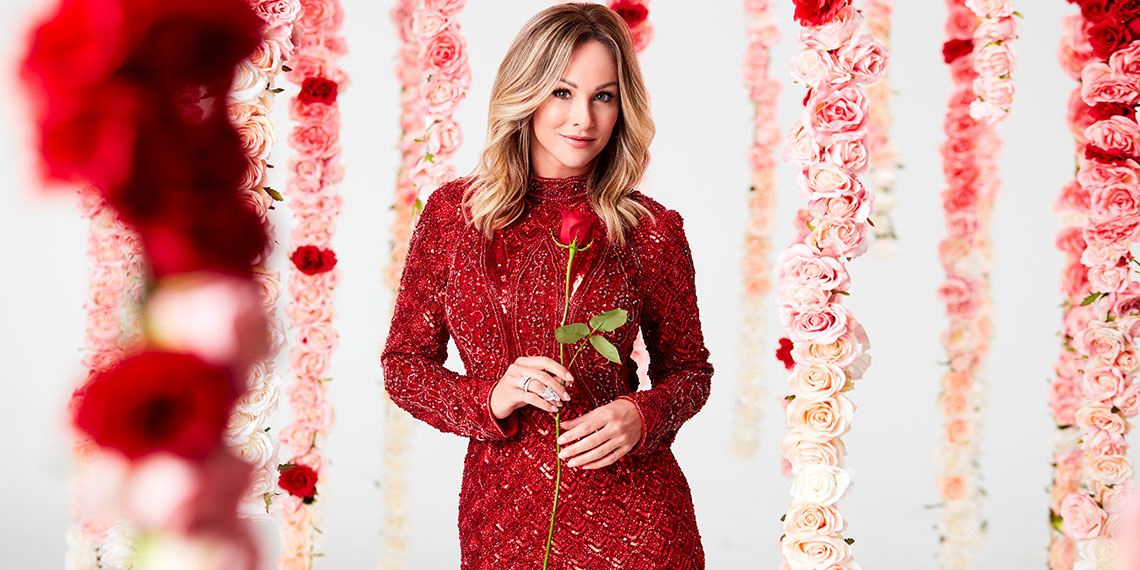 The Bachelorette is back! After months of waiting, about a million spoilers, and one very heinous stand-in called Listen to your Heart that could only be punishment for something I did in a past life, our heroine Clare Crawley has finally embarked on her journey. And it was a bit familiar, no? I was hopeful that this season was going to be different.

After Peter’s season of The Bachelor, it was obvious the franchise had to change. The women were immature, Peter let his conscience penis be his guide, and the whole thing felt like an audition for an Instagram sponsored ad. And so naturally it led to a broken engagement and then a 30-hour relationship with the runner-up. Penises make bad choices! So I was heartened when production did not choose a 22-year-old influencer with more filler than a Real Housewife as our Bachelorette, but instead chose Clare, a 39-year-old who seemed to be serious about finding a husband. And look, guys, I know this show is mostly fake. Like Clare, I was not born yesterday. But I do appreciate the show at least attempting to put on a better charade. But unfortunately, as last night showed, the charade was the same. We’ve all been through a lot leading up to this premiere. And it seems that not even a global pandemic and the oldest Bachelorette in history can make The Bachelorette into something a little less absurd. Let me elaborate.

Me when the guys are shrieking through their COVID tests:

And then after that, the show was off and up to its old tricks.

First, we had the drama between Yosef and the dude from West Virginia. It is too early in this season for me to remember everyone’s name so you get what you get, okay? Mr. West Virginia knew that Yosef was DM’ing girls before coming on this show. My god, my generation is embarrassing. Like 90% of our TV drama is based on DM’ing; history will look back on us with disgust. This virus would be cured if only we would stop wasting time DM’ing! Imagine what our brains could do!

The drama was brought immediately to Clare, and at first I was impressed that she shut them down to go talk to the other men. But of course, at the rose ceremony, she ended up picking Yosef anyway. What are you doing, Clare? He looks like a Batman villain! This is going to end badly! If I know how this storyline plays out on a Bachelor franchise show (I do) there will be more drama to come with Yosef.

Me too. It’s that you get kicked off after starting drama.

Then we also, of course, have the men who complain they didn’t get time to talk to the Bachelorette. There were a few that complained throughout the night, but Tattooed Chef really takes the whining to the next level. He says that she “could have met her husband tonight” and he wanted to show her his heart but not literally, and then points to the tattoo of a heart on his chest. That’s still not literally showing her your heart, pal. Just a little free grammar lesson for ya right there. I just can’t believe it’s 2020 and men are still complaining about not getting time to talk to the lead. C’mon guys! Take that confidence you all have to apply for jobs you’re not remotely qualified for, and bring it to this show! If this pandemic has taught us anything, it’s that time may be stagnant but we’re all still getting older, so if you have the opportunity to actually meet someone, just f*cking talk to them. I have no sympathy.

The men also have the same old ridiculous entrances. I’m sorry, but when I get out of quarantine after not seeing a man for the last seven months, the one that opens a ring box that farts at me will be immediately executed. I’m bringing King Henry VIII energy to post-pandemic dating, and I really wish Clare had channeled more homicidal maniacs herself. We also have the guy that wore a straitjacket the entire night, which fine, respect, and the guys that drove up in different cars. This parade of men could have been any other year. Even the guy in the bubble could have happened in the before times, because people seem to think those things are fun, and not vomit-inducing. Where are the guys that are going to impress me instead of make me want to watch the rest of the show through my hands while shrieking? Clare has waited this long, can’t we at least give her some men that didn’t first appear on America’s Funniest Home Videos?

It’s the night one confidence for us 😏

I know that this season is going to be the “most dramatic ever” yada yada yada Chris Harrison’s bullsh*t, but even in the previews it felt familiar. Clare’s season is short and unconventional, but they’ve still managed to cram in some of their favorite overplayed things. Like Colton’s virginity and Peter’s pilot status before her, Clare’s age seems to be the subject destined to be harped on all season. If I had taken a shot every time I heard “oldest Bachelorette in history” in the five-minute season preview, I would actually be dead right now. Or at least so incapacitated my dog would have to write this article and then the whole thing would be about how I never brought her to a resort filled with men who would pet her and do I have to be such an anti-social troll? In that preview I also saw men who are not there for the right reasons and dramatic yelling. So nothing new to see here.

Look, I’m not saying that because we’ve had a global pandemic and Clare is 39, The Bachelorette had to do a 180 and no longer be fun. But this is a reality show. And reality has changed. I know mine has changed! In February I had a job, an apartment, and a daily workout class. I no longer have those things, so the way I approach things is different, and the things I talk about are totally different. But if ABC hadn’t given us Chris Harrison’s dramatic intro, it would honestly have been like nothing happened. Like all things, The Bachelor/ette must adapt or die. My tolerance now for petty bullsh*t is a little bit lower, and my desire to hear about the banana bread someone baked is a little bit higher. Were there chocolate chips in it? Did they add pumpkin? Just give me a little something!

In all seriousness, I hope that as we move on in the season that we do see a little perspective from the contestants and a little more authenticity throughout the whole process. This year is already bonkers! No need to manufacture all the same old drama as before. I’m giving you another episode (okay fine, the whole season), so show me what you got, Bachelorette.