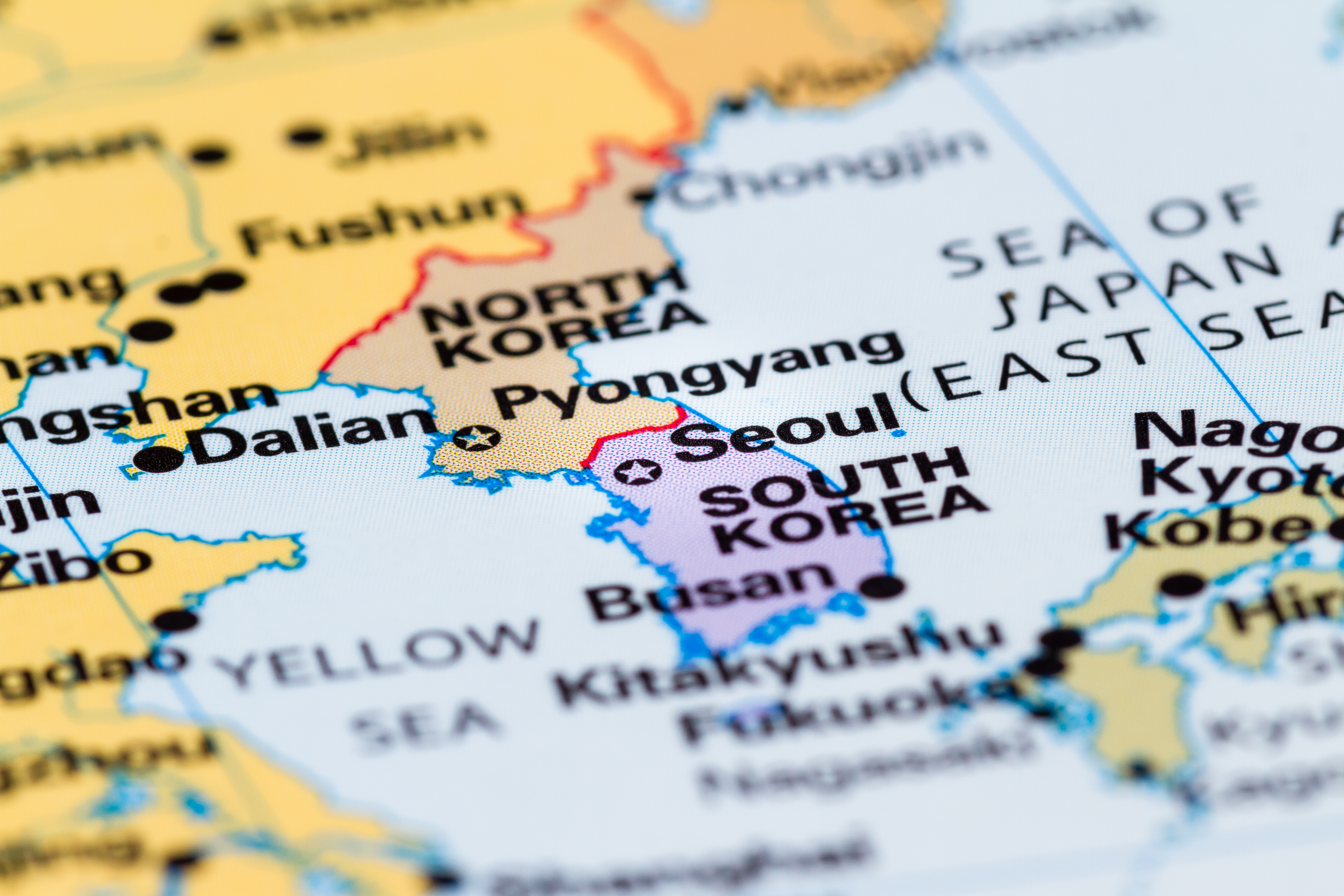 Everything You Need To Know About North And South Korea

For most of this year, Donald Trump and Kim Jong-un seemed about as likely to squash the trilateral beef between the US, North Korea, and South Korea as Drake and Meek Mill once were. Drake has since vocally supported his recently freed former rival against our deeply racist criminal justice system, and it looks like Kim Jong-Un, South Korean leader Moon Jae-in, and Trump might actually stop making veiled comparisons about their dick sizes on Twitter in order to permanently remove the threat of nuclear war on the Korean peninsula. Maybe there is hope for 2018.

The past week has seen a raft of diplomatic milestones, but before we get too excited about the potential for some actual good news let’s take a look back at how Trump has been handling the delicate situation in North Korea since his inauguration (spoiler: not delicately), what’s happened recently, and how the band of elderly rich idiots otherwise known as Trump’s cabinet might fuck up the potential peace.

On his way out of office, President Obama warned that North Korea would be the biggest foreign policy challenge of Trump’s presidency. Near the end of Obama’s term and during the first year of Trump’s, North Korea made terrifying amounts of progress on their nuclear arsenal, and reportedly now have intercontinental ballistic missiles that could reach the mainland United States. It’s ok if you need to pause reading this article to go take a Xanax.

Naturally, Trump’s approach to averting nuclear war largely consists of making conflicting statements, complimenting himself, and tweeting. In August, Trump reassuringly told press that threats to the US by North Korea would “be met with fire and fury like the world has never seen.” In a September speech to the UN, he promised to “totally destroy” North Korea if the country threatens the US.

On a single day in January, Trump went from vocally considering facilitating talks between North and South Korea to engaging in a dick measuring contest with Kim Jong-un by responding to Jong-un’s statement that he has a nuclear button on his desk at all times by tweeting about the size and functioning of his nuclear button:

North Korean Leader Kim Jong Un just stated that the “Nuclear Button is on his desk at all times.” Will someone from his depleted and food starved regime please inform him that I too have a Nuclear Button, but it is a much bigger & more powerful one than his, and my Button works!

While you were attempting to finish your work week, South Korean President Moon was taking one for the team and attempting to prevent nuclear war by meeting with Jong-un to discuss both denuclearization and a potential end to the Korean War that began in 1950 and never officially ended, though a ceasefire stopped the fighting in 1953.

At the summit, which was the first time a North Korean head of state has ever entered South Korea, the leaders agreed on some pretty dope goals, if Kim Jong-un is actually to be trusted. Considering his regime is based on instilling religious level belief in his reign in the populace, starving his people, and investing funds that could be used to relieve said starvation to conduct nuclear missile tests, it’s unclear.

The daylong meeting ended with a public statement of the resulting resolutions, which were worryingly short on specifics. The two leaders declared their interest in talks with the US, permanently ending the war, and a complete de-nuclearization of the Korean peninsula. Perhaps inspired by the burgeoning homoerotic bromance between Emmanuel Macron and Trump, the two Korean leaders shared many “long handshakes” and planted a tree together.

Trump responded in characteristically mature fashion, tweeting “KOREAN WAR TO END.” Then on Sunday, the South Korean government stated that Jong-un told President Moon that he wanted a formal promise from the US that they would never invade North Korea before he gave up his nuclear weapons. Big ask, but Jong-un also offered to let outside observers watch the shutdown of a nuclear test site. Trump actually refrained from threatening world war via tweet, and instead said out loud that he hopes to reach a deal through diplomatic talks in the coming months.

As much as we would like to believe Jong-un has had a revelation about the joys of diplomacy and not threatening to murder millions, historically Kim Jong-un is a life ruiner, he ruins people’s lives. Foreign policy experts have been warning the public not to get too excited, since Jong-un’s past diplomatic overtures have been about as meaningful as the ‘wyd’ text you got at 4am this weekend. Also, the test site Kim claims he is ready to shut down might already have been destroyed accidentally in a missile test, so I’m not sure how many diplomacy points we want to give him for that .

What do Trump’s Minions Think?

Because Trump’s political decisions are largely influenced by the person who whispered into his ear most recently, there is ample opportunity for the whims of his advisors to effect Korea policy. National Security Advisor John Bolton is notoriously pro-war in general (great), and wrote a Wall Street Journal op-ed literally titled “The Legal Case for Striking North Korea First” in February. This Sunday, he said on multiple talk shows that the Trump Administration has “very much in mind the Libya model from 2003,” referencing the de-nuclearization process in Libya that preceded the country’s civil war and the removal of their dictator Muammar Qaddafi. Jong-un has gone on the record saying that one of his motivations for keeping his nuclear weapons is avoiding Qaddafi’s fate, so this might not have been the best persuasion tactic.

Meanwhile, Secretary of Defense James Mattis’ and Chief of Staff John Kelly appear to be attempting the promotion of actual negotiation. Mattis’ position on the weekend is that there is greater opportunity for peace than there has been since 1950, and Kelly has been saying “let’s hope diplomacy works” since last fall.

While you were recovering from your hangover Saturday morning, Trump let the world know via Twitter that he had spoken to South Korean President Moon about the talks with Kim Jong-un, “things are going very well,” and the time and location of Trump’s talks with the two leaders are being set. Reportedly, the talks will take place sometime in May or June. Who doesn’t love to start the summer off with some relaxing denuclearization talks between two very unstable psychopaths? Stay tuned to find out if Kim Jong-un was serious about his openness to getting rid of nuclear weapons, or if he pulls an Arie and changes his mind on live TV.