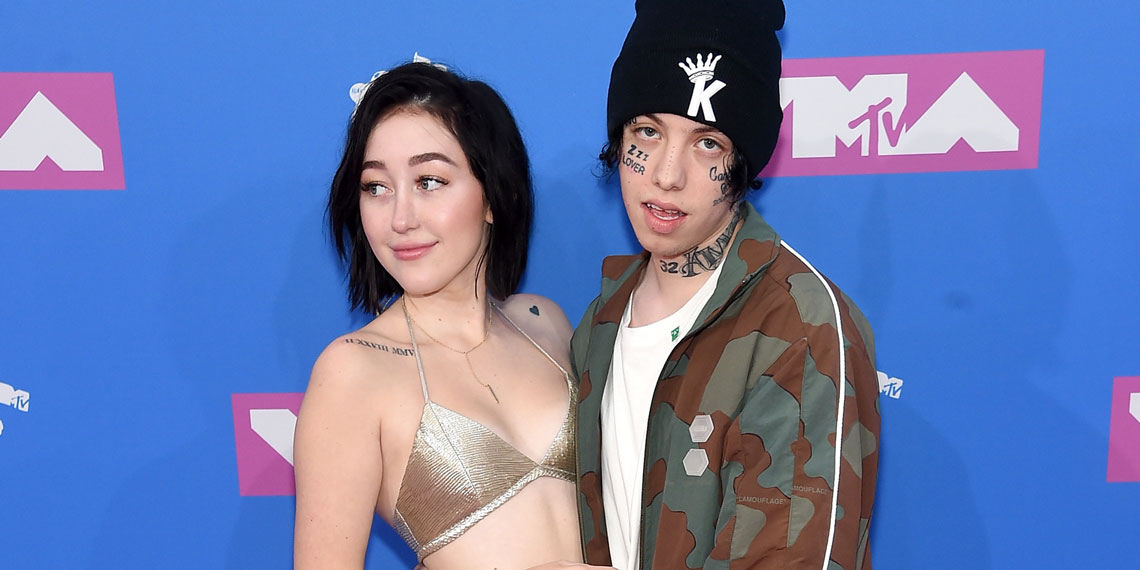 Noah Cyrus And Lil Xan’s Breakup Is A Glorious Mess

Hey there, it’s me again! Remember exactly one week ago, when I told you all about Noah Cyrus and Lil Xan, and how they were the most important Gen-Z couple you needed to know? Well, in a turn of events that honestly seems very appropriate, they’ve already broken up. Is this what whiplash feels like? As expected, Noah Cyrus and Lil Xan had one of the messiest Instagram breakups in recent memory, and I’m here to guide you through the twists and turns. It’s literally so difficult to keep up with these kids, but let’s all try our best to get through this together.

It all started when Xan posted this cryptic Instagram Story that was obviously about Noah. I mean, yikes. No context, no evidence, and lots of fans that immediately started having panic attacks. I’m already tired.

Luckily, Xan wasn’t in the mood to keep things cryptic for long, so he followed up with more Insta Stories, this time talking about what happened. Sort of. He explains that his song with Noah is canceled and won’t be getting a video, and also that he feels very used. Also, I know the man in these videos is 21, but I just cannot stop thinking that he is in 9th grade. SIR, ARE YOU 14?

Is anyone else as confused as I am about this situation? I don't get it at all… I don't think Noah cheated on him. I saw the text conversation she sent him. I really think he's overreacting a bit too much to something she was trying to clearly joke about. @noahcyrus @xanxiety #noahcyrus #lilxan

[Noah Liked] So this is the text conversation that Noah says it what's making Diego claim she's cheating. No offense Diego, but you're overreacting way too much if this is true. Why would you jump to such a conclusion over something like This? It's a photoshopped photo of Charlie Puth… you think Noah would take a photo of a naked dude and send it to you? Whatever. This is beyond upsetting. I feel really bad for Noah. @noahcyrus @xanxiety #noahcyrus #lilxan

Personally I think that finding this “meme” funny is breakup-worthy in and of itself. But okay, so the Charlie Puth thing is funny and very strange, but now I’m sad because Noah did an Instagram Live (dear God why), where she told her young fans to be careful in relationships. As she was sobbing into the camera (please girl, get off Instagram), she said she didn’t do anything she’s getting accused of, and that she didn’t know anything was wrong until she woke up to a text from her mom asking what was going on. If that’s true, it’s pretty messed up. I’m not sure what’s going on here, but I definitely feel like I’m #TeamNoah.

This is beyond upsetting… it really got to me when she started sobbing. This isn't fair to her. I know we don't know the whole situation, but from what's been shown so far, it seems the Diego is overreacting and accusing Noah of something she never did. Hopefully he checks himself and rethinks the way he's been acting. Disgusting. @noahcyrus @xanxiety #noahcyrus #lilxan

By this time, Noah and Xan had unfollowed each other on Instagram, which is probably for the best.

THIS PLAQUE MEANS NOTHING MY FANS MEAN EVERYTHING

*OKAY THAT’S ALL NOW BACK TO THE DRAMA*

Meanwhile, Lil Xan posted on his story that the breakup had nothing to do with the Charlie Puth meme, but instead this photo that Noah posted with an EDM producer named Ookay. Now, I understand that this photo looks like it could be a little suspect with no additional context, but the fact that Noah literally posted it to her public Instagram feed really makes me think there’s nothing shady going on. Like, she’s a singer and he’s a producer, they were probably recording together or something. I really feel like Xan is overreacting, and I hate that I have an opinion on this.

Now, we enter this tragic story’s gripping final act (for now). We’ve been through the cheating accusations made against Noah Cyrus, but what about Lil Xan? Well, Noah claims he was cheating on her!!! Holy projection, Batman! In a series of Instagram stories that are just text (my favorite genre of book), she claims that he was hanging out with this other girl at 2am, and then he had a hickey the next day. DUN DUN DUN. He claims it’s “just a bruise,” but never in the history of blood vessels has anything else caused a bruise like that on the side of your neck.

More photos showing Diego's hickey that he claims is just a "bruise". I don't believe it. That's totally a hickey. He's scum for getting a hickey from another girl then going to a public event and being photographed with it showing like that. He doesn't even have the decency to hide that he's cheating on her. I. Am. Disgusted. @noahcyrus @xanxiety #noahcyrus #lilxan

Are you exhausted? I’m exhausted. I can’t wait for a few years from now, when we can all laugh about this and they make it into a movie and the little boy from Big Little Lies wins his second Oscar for playing Lil Xan. For now, we can probably expect a lot more shady Instagram stories and Live feeds, but I cannot guarantee that I will keep paying attention. Stay in school kids, or else you could end up like this.