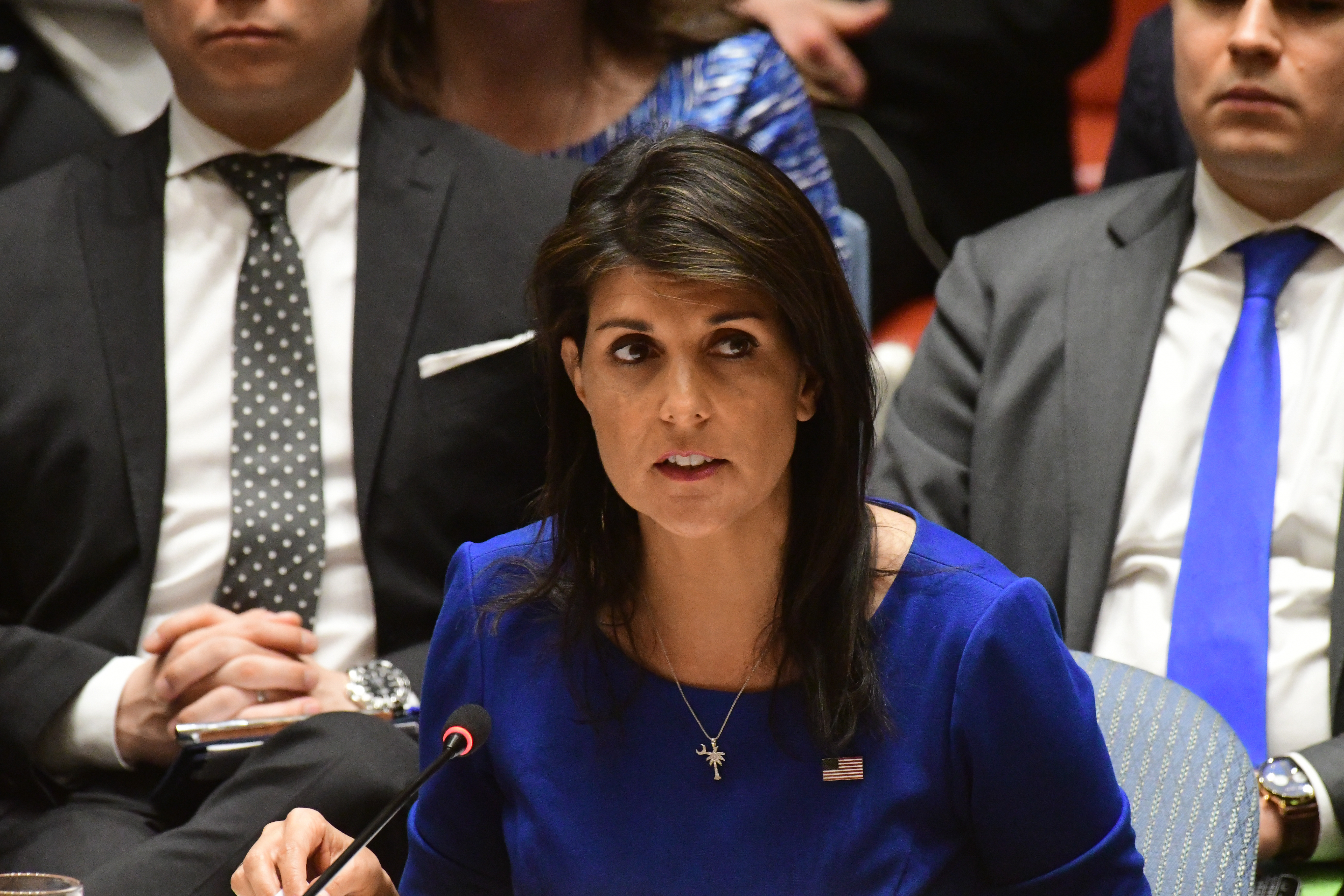 Well, another Trump official is saying “Bye b*tch” to the administration. UN Ambassador Nikki Haley resigned on Tuesday, according to CNN. Her departure leaves the Trump cabinet with one less level-headed moderate, if “level-headed moderate” means “extreme conservative who happily pushed Trump’s agenda but had the occasional moment of sanity.” Also, she never used taxpayer money for a $43,000 soundproof phone booth, so I guess there’s that.

On Tuesday morning, Trump teased that he and Haley had news, tweeting “Big announcement with my friend Ambassador Nikki Haley in the Oval Office at 10:30am.” Ah yes, my “friends” also like to publicly announce that they’d prefer not to interact with me anymore. Unlike with some other high-profile White House resignations, Haley’s decision to peace out took many by surprise. And the timing was especially dramatic since the midterms are so close. (Casual reminder to VOTE.) Nobody seems to really know why Haley pulled this switcheroo, so go forth and speculate.

Haley’s greatest hits as UN Ambassador included that time she announced that the administration would put sanctions on Russia, and then the White House was like “lol no, she’s confused.” Haley clapped back with, “I don’t get confused,” and I actually kind of liked her for a minute.

Anyways, we’re left with two big questions. Will the former governor of South Carolina run against Trump in 2020, or wait until 2024? And what batshit replacement ambassador will Trump appoint now? Our money is on either Jared Kushner or a cardboard cutout of Kim Jong-un.