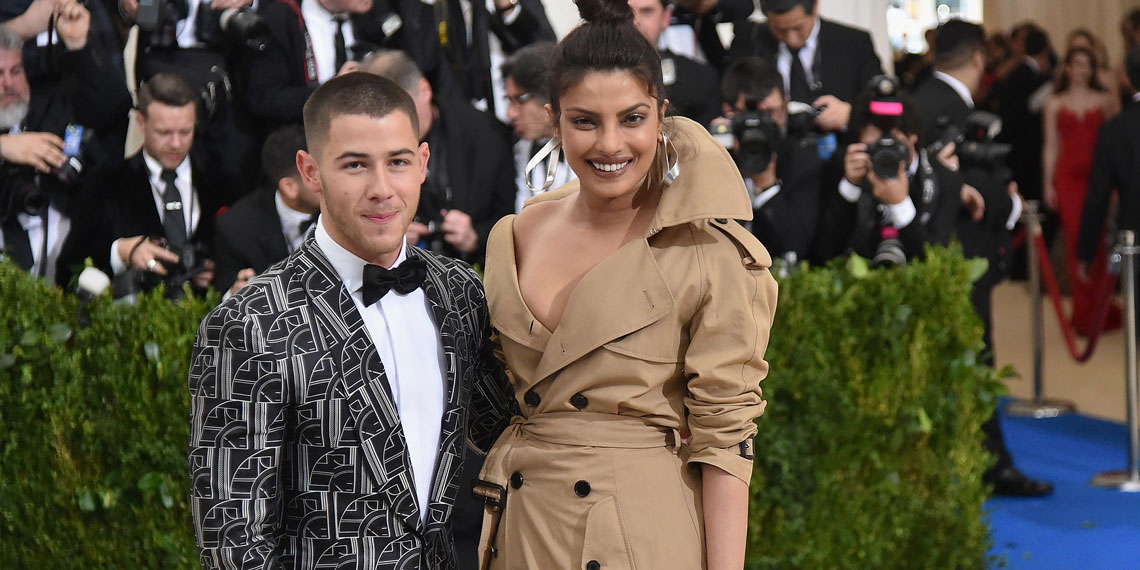 Pete and Ariana may not have made it down the aisle, but one of the other whirlwind couples of 2018 just did. After a dating period that lasted 10 minutes, Nick Jonas and Priyanka Chopra are married. For everyone that said this relationship was a publicity stunt, you might still be right, but they’re at least really committed to it.

Nick and Priyanka are still in the midst of a lavish, three-day celebration in India, and I’m frankly offended I wasn’t invited. The festivities include two ceremonies, one traditional Indian and one Christian, which Nick’s dad officiated/will be officiating/I don’t really understand the timeline of all this and also they’re in India so what day is it even? Whatever, the moral of the story is that this whole thing is very extra and I’m mad I’m not there. For the Indian ceremony, Nick will be riding in on a horse, which is traditional, but also straight out of my dreams from 2008.

One of the most special things that our relationship has given us is a merging of families who love and respect each other's faiths and cultures. And so planning our wedding with an amalgamation of both was so so amazing. An important part for the girl in an Indian wedding is the Mehendi. Once again we made it our own and it was an afternoon that kicked off the celebrations in the way we both dreamed. @nickjonas

Honestly, it was easy to be skeptical about this relationship from the beginning, but I’m coming around. They both seem so genuinely happy in every photo and interview, so why not go for it? They’re both hot and famous and rich, so there’s only so much that could go wrong. Now, we just have Joe Jonas and Sophie Turner’s wedding to look forward to, but I have a feeling theirs will be a little more low key. We can’t all rent out an Indian palace for our wedding.

I’m still a little angry that my invitation got lost in the mail, but hey, Meghan Markle isn’t there either, so at least we have that in common. Also, the wedding weekend isn’t even over yet, so I’m sure we’ll be seeing pictures from this sh*t for months to come. Congrats Nick and Priyanka, mazel tov. Or whatever they say in India.