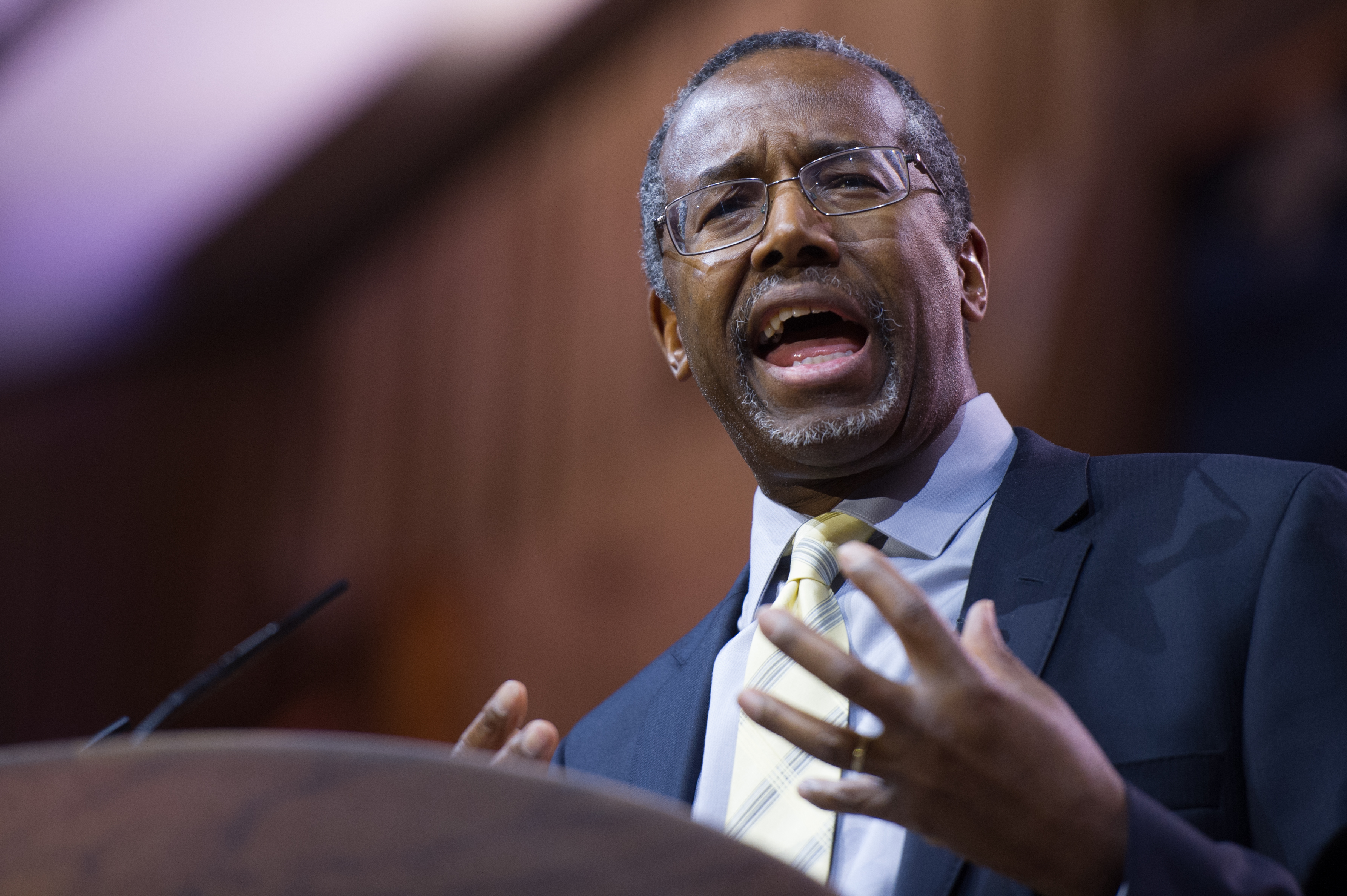 Which Trump Official Do We Think Will Be Eliminated Next?

In the latest Trump administration staffing debacle, Trump’s nominee to replace the Head of the Veteran’s Affair’s department after he fired David Shulkin via tweet has had his confirmation hearing postponed indefinitely. Why? Because over 20 whistleblowers claimed he often blacked out on the job and was literally nicknamed the “candy man” for his willingness to pass out Ambien. He’s a pusher, Donald. He’s a pusher.

In light of this scandal, the addition of Rudy Giuliani to Trump’s legal team, and the recent departures of former Secretary of State Rex Tillerson, former National Economic Council head Gary Cohn, and former National Security Advisor H.R McMaster, it is clearly just a waiting game for the next Trump official to be fired on social media or resigns in disgrace. Thus, we bring you our very informed predictions on who might end up spending this summer tanning on Martha’s Vineyard instead of in the White House. These inferences are based on an extremely scientific analysis of factors including visible level of aggressive corruption, psychotically lavish spending of taxpayer money on personal shit, actual policy positions, Trump’s tweets about the person, and — I know this is shocking — but actual job performance thus far.

We’ve covered Scott Pruitt’s excessive personal spending of taxpayer dollars in the past, but to recap – he installed a $43,000 soundproof phone booth in his office, which isn’t shady at all, and has spent hundreds of thousands on first class or private jet flights. The expensive private air travel, along with Pruitt’s recently revealed $3 million of spending on his security detail, are supposedly explained by an ‘unprecedented level of threats’ to his safety, probably because his attempted rollback of environmental regulations is creating an unprecedented level of threats to the existence of this fucking planet.

Other examples of Pruitt’s corruption include accusations of professional retaliation against EPA staff who don’t want to do his immoral bidding, giving raises to two favored aides, and renting a DC apartment at below market rate from an energy industry lobbyist. This shit has gotten so blatant that the existing inspector general investigation into Pruitt’s spending is now expanding to five different facets of his conduct, and he is testifying before two house subcommittees today.

While Congressional probes are always a great indicator of a Trump administration official’s imminent demise, let’s take a look at the reasons Pruitt might survive. First off, he is very efficient at dismantling Obama’s legacy, Republicans’ fave activity. Pruitt has already attempted to cancel, roll back, or delay enforcement of Obama-era regulations on pesticides, lead paint, renewable fuel, methane emissions, vehicular fossil fuel emissions, and ozone levels. A former White House aide has been quoted saying Pruitt “has no peer in Trump’s cabinet” on de-regulation, which he carries out with “startling effectiveness and cunning.” Love to hear ‘cunning’ as a complimentary adjective for my politicians. Sigh.

Housing and Urban Development head Ben Carson’s incompetence and corruption make him a likely candidate for a pink slip. First, there was the office furniture debacle in which he asked employees to buy him a $31,000 dining set, lied about it, tried to cancel the order, and then was caught in his lie when emails revealed he had in fact asked for the expensive furniture, then blamed his wife for buying it. One HUD employee is suing Carson, claiming she was fired for refusing to overspend the budget on said office furniture. Very chill.

Meanwhile, he is also getting literally nothing done. While the total office renovations ended up costing approximately $200,000, Carson has been notably quiet in response to a 14% decrease in his department’s budget, and pretty much his only policy proposal is for the creation of a chain of community centers intended to teach poor communities self-sufficiency. So the only proposal we’ve seen out of this Department of Housing involves no housing. Cool.

Carson has reportedly considered quitting, and has been quoted saying of his agency that there are “more complexities here than in brain surgery.” Wait, running a $47 billion dollar a year government organization that is supposed to help over 5 million American families pay for their homes is hard? I personally am not shocked, but apparently Carson is. Maybe he will take himself out of the game. To which we would say:

Secretary of Defense James Mattis is the last man standing in what was seriously being called the “axis of adults,” composed of fired Secretary of State Tillerson and National Security Advisor McMaster. Not a great sign for the survival of this country, or Mattis’ job.

Mattis calls himself Trump’s babysitter, which does not seem like a great way to curry favor with the notably stable genius in charge of his employment. Close Trump aides told The New Yorker that Trump was getting tired of listening to reason, so Trump’s approach to running the United States appears to be similar to yours when you read about eating a balanced diet. It also probably means Mattis is on the way out.

I know John Bolton literally joined the administration a month ago, but hear me out. This guy is full on fucking crazy, and I am including him because even if he isn’t fired in the near future, he might get us all killed in a nuclear war any day now.

Bolton’s political positions include the vehement belief that the US should bomb Iran, a complete dismissal of Palestine as a state, and the contention that the Iraq war was a success. He chaired a nonprofit called the Gatestone Institute, which, shocker, turns out to be hilariously evil. Not only is it funded by Cambridge Analytica founders and Republican donors Robert and Rebekah Mercer, but it promoted anti-Muslim fake news and was often retweeted by Russian trolls.

Bolton is most famous for being a Fox News contributor, and could not even get confirmed as a UN ambassador under a Republican-controlled Senate during George W. Bush’s tenure because his politics are so extreme. Senator Rand Paul has called him “unhinged,” which really makes me feel great about his proximity to the nuclear button. Tim Kaine has questioned whether he will even be able to get security clearance, though that hasn’t stopped anyone from remaining in the White House yet. Cough, Kushner, cough.

Trump’s current chief of staff has already lasted longer than his predecessor Reince Preibus, and he’s nearing his one year anniversary, which is a real landmark in this administration. However, Trump apparently “hates John Kelly telling him no,” so Trump is basically you when your friends try to stop you from texting the guy who ghosted your ass. Alas, he isn’t even as successful as your friends, and apparently can’t keep Trump from using his personal, non government-approved cellphone. Also, John Bolton’s entry into the White House can’t be helping Kelly’s chances, since the two are famously arch nemeses to the point that Kelly had him banned from the oval office last year.

While at the beginning of Kelly’s run he was often included on calls with foreign dictators, he has lately been left off the three way calls. He was also left out of the decision to fire McMaster. John Kelly is basically the Gretchen Weiners of the White House, and I honestly can’t wait for his tell all because the few wisps of hair on his balding head are definitely full of secrets.

The recent rumor that Trump thinks he could run the country better without any chief of staff, because he ran the Trump organization so well (as in, into bankruptcy four times) without one, puts Kelly at the top of our exit list.

Lastly, deputy Attorney General Rod Rosenstein is obviously in the running, since he oversees the only Republican male we don’t despise, Robert Mueller. I’m including Rod as a bonus candidate, since he is an obvious choice for Trump, but his firing would also probably trigger a full scale constitutional crisis, which honestly sounds about right at this point.