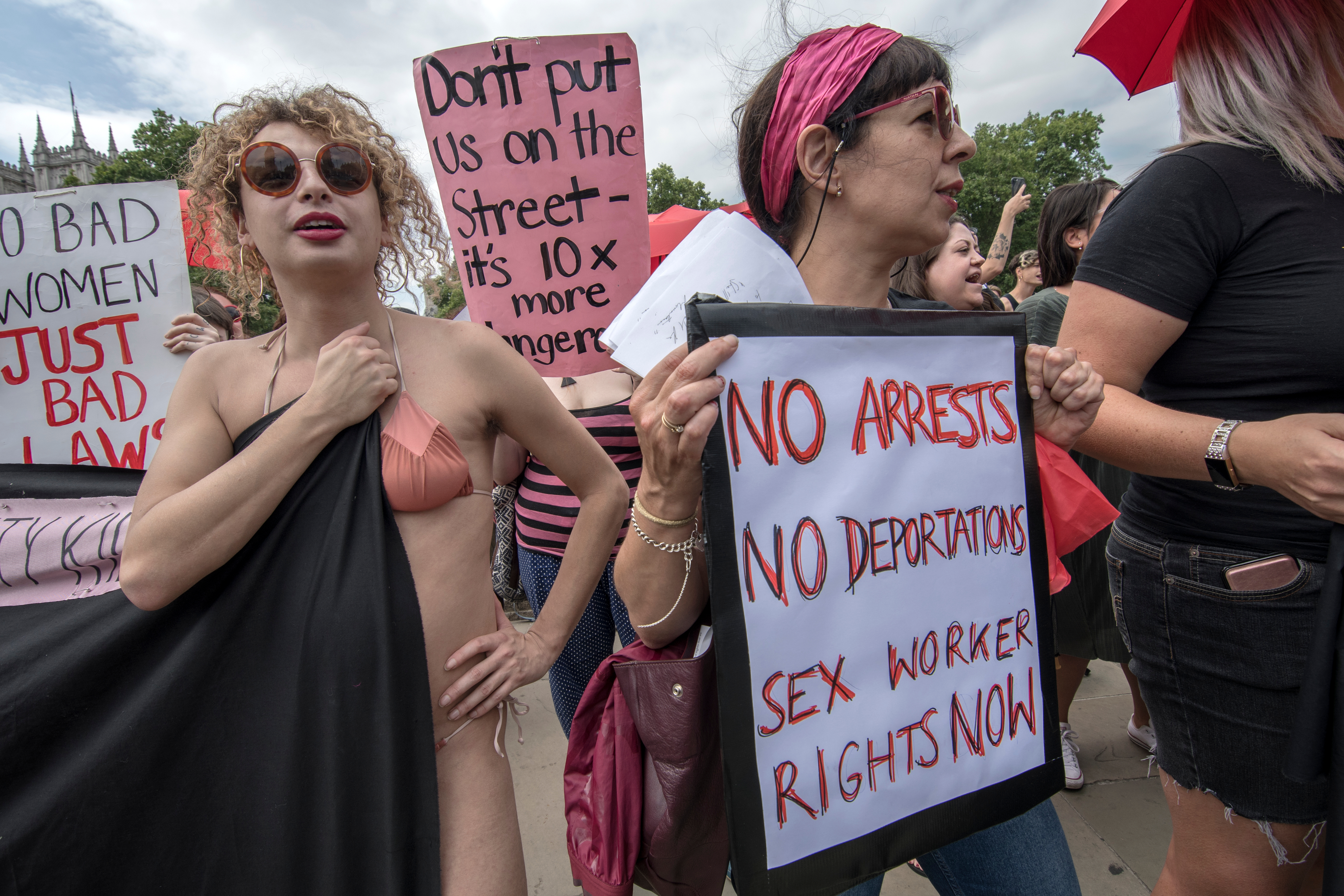 A bill called Stop Violence in the Sex Trades Act (SVSTA) was composed by progressive legislators and aims to repeal penalties for selling and buying sex.  The bill also proposes repealing “promotion charges” AKA “pimping” (which famously ain’t easy), so that sex workers cannot be penalized for helping each other out. In short, this bill would allow sex workers to do their jobs without the fear of facing jail time. Imagine that.

The SVSTA also makes a point that sex trafficking and selling/buying sex from minors will remain 100 percent illegal because duh. People are often quick to dismiss the idea of decriminalizing or legalizing sex work because they assume this means sex trafficking will fall under that category and thus also become legal. Honey, no. Consensual sex work and sex trafficking are two completely separate, very different things, and failing to differentiate the two is dangerous for those who choose to work in the sex work industry. When we don’t think of them separately, sex work becomes unsafe because laws meant to stop sex trafficking affect sex workers and make their work impossible and dangerous. They are forced to work underground and are vulnerable to police brutality and other types of violence. So, why not pass laws to protect the many women, men, and nonbinary folks who make a living as sex workers and simply want to be able to do so without getting harmed? That’s what this bill is saying, dude!

Sex workers are stigmatized because we capitalize on male attention. Instead of enduring it, we revel in it. Then we have the audacity to profit from it.

The bill will be introduced to the Senate by State Sen. Julia Salazar, who advocated for decriminalizing sex work during her campaign. It’s also notable that the bill was crafted in collaboration with Decrim NY, a coalition that works to “decriminalize, decarcerate, and destigmatize” sex work in New York. So, the legislation comes from people who have a deep understanding of the field they are talking about and advocating for. Again, imagine that.

Presumably, the bill will face a lot of backlash. People, including Democrats, are uncomfortable with the topic of sex work. This legislation will, however, force lawmakers to begin conversations about decriminalizing sex work, and that’s at least a start. Rumor has it that sometimes our government gets things done (been a while since I’ve seen some proof), so here’s to hoping that is the case with SVSTA.