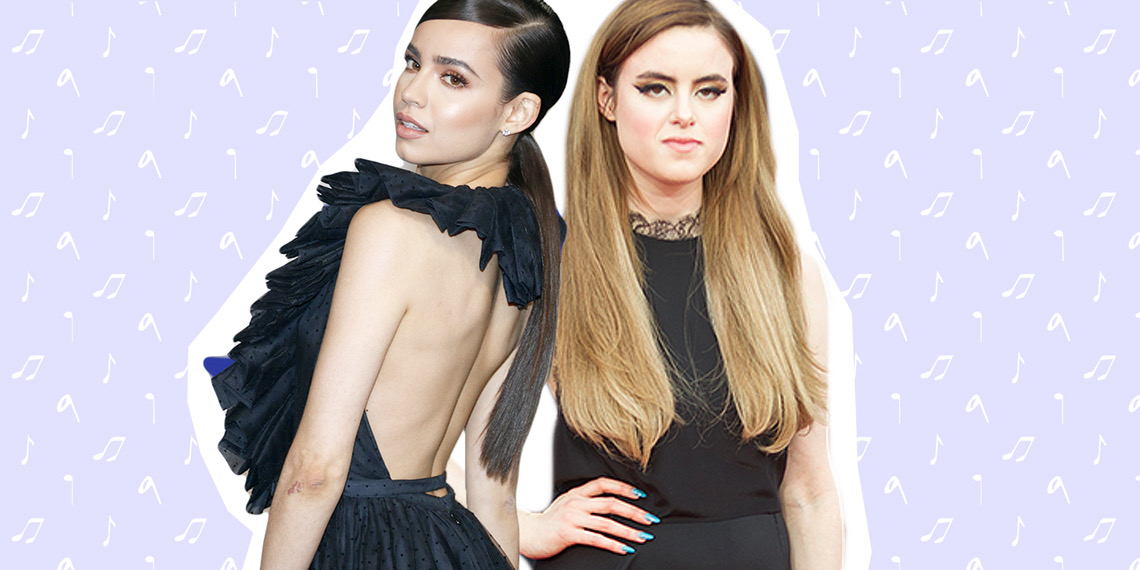 New Songs From Kiiara, Sofia Carson & More You Have To Hear

What up what up what up. I’m back with another list of songs you should be listening to. You will notice that I’m a little less lofty with the descriptions this time around, and that’s because I’ve got people to see, places to go, and new music to listen to. Follow the Betches New Music playlist on Spotify so you can listen to all these dope tracks in one place.

“Rumors (with Sofia Carson)” by R3HAB

*Ahem* first of all, if you missed Sofia Carson’s appearance on our Insta story during the VMAs, you f*cked up. It’s not really material to this list, but in any case, Sofia is providing the vocals on R3HAB’s newest track, “Rumors”. And like, damn. This girl has pipes. And this song is amazing. It’s got a syncopated melody that I just want to move to.

THE PANDA IS BACK! Is anyone calling him The Panda, or am I just a loser? Probably the latter. Whatever. Anyway, this song is not quite as iconic as “Panda”, but it is still a bop. We’re shown a slightly different side of Desiigner—namely, a little more subdued (read: same ad libs, less yelling).  I guarantee you’ll be rapping “Givenchy slippers on me” at all times. I predict sales of Givenchy slippers will spike. Put this on your pregame playlist and people will think you keep your ears to the streets.

Our girl Kiiara is back with another pop hit that you’re going to bump when you’re trying to get over an ex (or a f*ckboy you never even dated, which kind of makes it worse). It’s kind of mellow to start off, so I would reserve this for afterparty or day drinking music.

YESSSSS another one of my R&B husbands! I love blackbear, even if I’m a bit afraid of him, because he seems like the type of guy to leak your nudes if you wrong him. Totally unsubstantiated statement, just the impression I get from songs like “Make Daddy Proud”. ANYWHOOO, that’s not to say I don’t love his music. Because I do love it. This one (pun not intended) is a little more upbeat-sounding and a little more pop-y than his usual stuff. Still good, though.

Yeah, I could not verbally pronounce this artist’s name if my life depended on it. The song came out a little bit ago, but the video is brand new. This song is like, a mild mood. I like it, but it’s not super hype. That said, it’s not like, sad, either. I’m having a hard time describing it, so listen to it. Also, Pvrx is endorsed by 40, Drake’s producer, so you know he’s going to blow soon enough.

Holy sh*t, talk about a lineup. Blood Orange is severely underrated—all his music is a serious mood. And with a signature smooth-as-silk guest verse from A$AP Rocky and an appearance by the legendary Project Pat, this is a great new track.

ROZES just dropped her new EP, entitled i don’t know where i’m going, but i’m on my way. “I Don’t”, one of the tracks off her EP, has a little bit of an island feel, making it a great song to close out the summer. Also, with lyrics like “I’d rather f*cking die than talk about us,” it is f*cking RELATABLE. Put this song on when you notice that guy who ghosted you keeps watching all your IG stories.

“Hold Out The Light (My Guy Mars Remix)” by Kai Exos

When I read Kai Exos described as a “Toronto based R&B artist, I was sold on that alone. The original “Hold Out The Light” is a robust R&B track, uplifting, with a beat reminiscent of a drumline, backup vocals that conjure up images of a gospel choir. The My Guy Mars Remix is a little more focused, I think, with a bassline and percussion that are more suited to a typical hip-hop/R&B track.

“Welcome To Rehab” by Amir Obe

Amir Obe is one of those artists that I’ve been watching for years, and I’m excited he’s released his new EP, Can’t Be a ___ Here: Chapter 1. I like “Welcome to Rehab” because it kind of reminds me of newer Kanye: heavy on the autotune, rock-inspired, but deeply personal lyrics. It’s not a party song, but I think you’ll like it (crossout) it’s sweet.

“The Return” by Logic

Some of you like Logic, I’m guessing, right? Well, he dropped a new song today called “The Return”. I actually like this one better than most of his new stuff, because it feels like Old Logic. Very apt, considering the title.