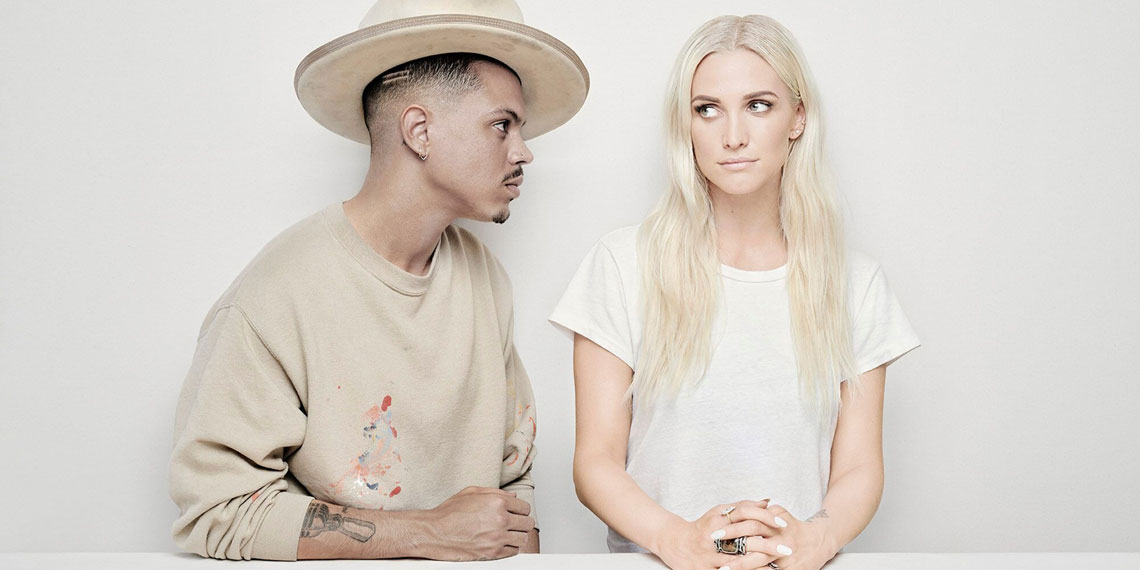 You Guys, Ashlee Simpson Just Came Out With New Music

Happy new music Friday, everybody! We have so much good stuff this week. From Anderson.Paak to R.LUM.R to Alessia Cara, there’s tons of new music on the horizon. Also of note is Ashlee Simpson and Evan Ross’s new song, which is not at all what you would have expected from Ashlee. Check out all the tracks I’ve highlighted below, and follow the New Music playlist on the Betches Spotify for all of these songs in one convenient place.

Yes lawd, Anderson.Paak is BACK with some new heat. I love him so much. His music is so funky and great. Malibu was obviously a classic, but I especially love Yes Lawd!, his project with producer NxWorries. Now you see what I did there in the first sentence? Anyway, “Tints” features King Kendrick. It is flames. Anderson.Paak’s album is going to be so f*cking good, I cannot wait.

Not going to lie, I’m salty I wasn’t personally notified of R.LUM.R’s new release, because I stan for him so hard. Like, I’ll tell random guys I meet at the bar about him—that’s how hard I stan. In any case, R.LUM.R seems to be going in less of a slow crooning direction with his music and more towards slightly up-tempo stuff that’s still soulful. I still love this, obviously, and it shows off his smooth-as-velvet voice.

You guys, LEON is f*cking awesome. She has such a killer voice and she makes amazing pop music. It’s not boring or bubblegum-y, I promise. It’s honestly pop at its best. The video for this song just dropped, and it’s very 60s (or is it 70s? I can’t tell). But it’s an aesthetic. I love it.

Ugh I know I include an AlunaGeorge song on basically every roundup, but I like all their new music so DEAL WITH IT. And this song features Bryson Tiller, so I physically would not be able to live with myself if I didn’t include it. Not going to lie, I feel like this song was made specifically for me. Like, it’s got an EDM backtrack with some good buildup and drops, and beautiful vocals AND Bryson Tiller. I um, might be crying. Happy tears, though.

You guyssss, this is Ashlee Simpson’s new song with her husband, Evan Ross. Talk about a #FBF. And I actually like this song. It’s like, slow and bluesy. I would give everything I own to get Evan and Ashlee on SNL. Can we start a change.org petition?

“How It Ends” by Emily Warren

Emily Warren has written some of the biggest hits you’ve heard (she writes for The Chainsmokers like, all the time) and now she’s finally breaking out with music of her own. Her album, Quiet Your Mind, dropped today. I like the first song, “How It Ends”. It’s upbeat but still emotional.

If you can’t get enough of melancholy contemporary R&B (hi) then you’ll love Amir Obè. He’s kind of like a Roy Woods mixed with a Partynextdoor, but darker and grittier. To be clear, this is NOT pregame music, unless you’re pregaming your next good cry. IDK your life. But if you’re like me and you listen to moody music to make you even moodier, try this one.

“Trust My Lonely” by Alessia Cara

I mean, this is more or less just like any other Alessia Cara song. We’ve got emotional lyrics, soulful vocals, and a surefire radio hit. I do think this one is a little lighter than her other songs—at least in terms of beat/melody.

You probably know Sheck Wes from “Mo Bamba”, his viral single that came out in January. Today, he released his album, Mudboy, and I’ll just say that it does not seem like it was meant for me, a softspoken white girl who lives in the nice, family-oriented part of Queens. In any case, I’m here, and “Gmail” is one of my favorite tracks on the project. It’s just hard not to get into and it makes me feel gangsta af, even if I’m aware that by putting “af” after the word “gangsta” I have immediately shot any and all gangsta credibility I may have had.

Also as a fun sidenote, I saw Sheck Wes live at Ford Amphitheater at Coney Island as part of the Rap Caviar live showcase featuring Chance the Rapper, and he was a highlight. Very energetic, and he performed “Mo Bamba” twice. Great concert, and I’d recommend the venue because it had seats AND cupholders. It was basically my dream. But uhh, anyway, check out “Gmail”.