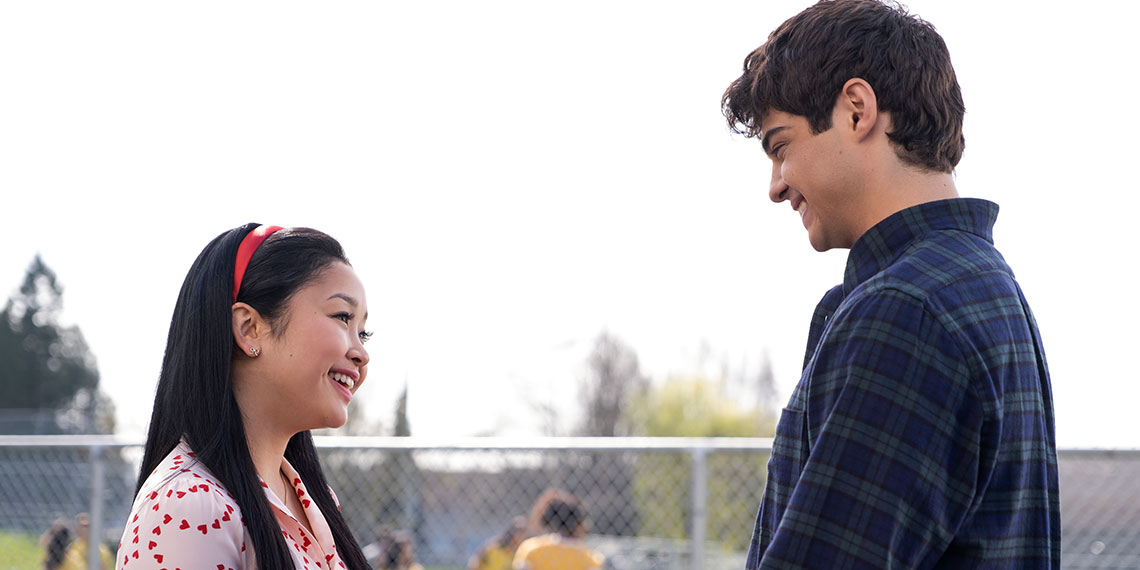 Heads up: this article contains a fair number of spoilers, so if you’re really committed to watching Noah Centineo make out with every 19-year-old C-list actress, be warned.

If you follow me on any social media, you probably know I have finally returned home from studying abroad. That means I’ll be spending the next few weeks hate-watching my friends’ tropical vacation stories and cheesy Netflix rom-coms.

Full disclosure, I love a good (and by good, I mean really bad) rom-com. There are few things I find more entertaining than watching Mila Kunis act “emotionally unavailable.” Not to brag, but I, too, have been called emotionally unavailable, which means my best efforts to do her proud are paying off. However, as Netflix continues to churn out sh*tty rom-coms faster than FashionNova makes knock-offs of what the Kardashians wear, it’s important to ask ourselves if these movies are doing more harm than good to the target audience—namely, young girls. Generally, rom-coms tend to take behavior that is questionable at best and make it into this romanticized, melodramatic story that is totally irresistible. After watching SEVEN Netflix originals and three classic rom-coms, I have produced a list of the top four unhealthy behaviors these movies promote.

This behavior seems to be a staple in Noah Centineo movies. Seriously, the only real differences between To All the Boys I’ve Loved Before and The Perfect Date are that Centineo is way hotter in the first and a PG-13 escort in the second. It’s like Noah Centineo is the Little Mermaid, and instead of trading his voice with Netflix in return for legs, he gave up his good looks for a multi-picture Netflix deal. Anyway, I digress.

maybe this #NationalIceCreamDay we get a chocolate shake with two straws 😉🍫🍦

No one should get in a relationship with someone who treats them like a second choice, which is extremely common in rom-coms, specifically in Netflix’s newer films. In To All The Boys I’ve Loved Before, Centineo’s character Peter Kavinsky pretends to date Lara Jean, but only because he wants to get his ex back. Surprise, surprise, he ends up falling for Lara Jean, even though it seems pretty clear that it never would have happened if his ex took him back in the first place. In The Perfect Date, he basically asks the girl that likes him, Celia, to fake-break up with him in public, complete with personal attacks and all, so that he can get the girl he thinks he wants, as if that wouldn’t leave serious emotional damage. However, Netflix wraps this behavior up pretty neatly, with the two main characters declaring their love for each other on the school’s lacrosse field or a sub shop as if suddenly, all is well.

Call me cynical, but if it was me, it would be pretty f*cking sus if some guy spontaneously stopped being in love with his ex-girlfriend and claimed that he was all in for me. I don’t buy it when I see that happen in real life, and I’m sure as hell not buying it from a cheesy Netflix movie.

If you haven’t seen the movie After, stop everything and watch it. Immediately. Not sure if it falls into the rom-com category, but it was, by far, the most absurd thing I have ever seen. Honestly, it was a train wreck I couldn’t look away from. The movie delves into a lot of problematic behaviors, but one I want to address upfront is cheating.

Our protagonist, Tessa, is a sweet, studious girl entering her freshman year in college and keeping her high school boyfriend. But, like, all it takes is one glance at a ~mysterious~ hot guy at a frat party and gone are all her morals. Okay, Tessa, we’ve all been there, but just do the right thing and break up with your guy from high school first. And for Christ’s sake, do NOT go hook up with your new man while your boyfriend is visiting! Yes, Hardin (aforementioned mysterious hot guy) also has all sorts of problematic qualities, which I will address later on, but right now I am just focused on Tessa’s cheating and how the movie makes us think it’s okay because she’s just super passionate.

Whether or not you believe “once a cheater, always a cheater,” it should give you pause if someone cheats on their significant other with you and then wants to have a relationship. First of all, wtf ever happened to the rebound period? Second of all, how do you even set boundaries on appropriate behavior with this person? The whole foundation of your relationship is based on them being a cheater so… good luck with that.

Cheating is literally never okay. It isn’t any less awful because you have feelings for the person you did it with (or, in the case of After, want to have a few super-hot, hate-fueled make-out sessions with).

TAG 5 FRIENDS THAT STILL NEED TO WATCH SIERRA BURGESS IS A LOSER! #sierraburgessisaloser

I don’t think this should have to be said, but I guess it’s necessary. Sierra Burgess is a Loser might actually be one of the best movies Netflix has ever made (don’t @ me, I said what I said). Nevertheless, the premise of the film is still pretty questionable. In the movie, Sierra Burgess catfishes Jamey, played by none other than Netflix’s resident generically hot guy Noah Centineo, texting him under the guise that she is a hot cheerleader named Veronica (who, conveniently, attends a rival high school, and, of course, is Sierra’s bully). Sierra and Jamey text regularly, and while there’s something to be said for falling for someone’s personality and not their looks, she still catfished him. To make matters worse, Sierra goes so far as to befriend the real Veronica so that she can keep up the act when Jamey inevitably asks to FaceTime.

Naturally, Jamey kisses the real Veronica when he sees her for the first time at a football game. Sierra assumes Veronica is still bullying her by kissing Jamey, whom she is now in love with, and publicly humiliates her during halftime. Uh, no, Sierra, Jamey literally has no idea who you are BECAUSE YOU NEVER TOLD HIM!!! How much easier your life could have been if you had told the truth from the beginning.

These huge lies are the foundation for the plot in so many romcoms, from How to Lose A Guy in Ten Days to Sierra Burgess is a Loser. But obviously—and again, I can’t believe this is something that even needs to be said—this behavior is unacceptable in real life. There’s a reason most of the relationships on Catfish don’t work out, and it’s because (among other things) people generally don’t like being lied to.

Listen, I’m not totally against some innocuous game playing, especially where f*ckboys are concerned. However, when the games become the whole relationship or when the other person isn’t into it, sh*t starts to get messy. And not in a fun Real Housewives way.

Back to my new favorite movie to hate on, After. The whole reason the male lead, Hardin, even talks to Tessa (and makes her cheat on her boyfriend) is because he bet his friends he could have sex with her and make her fall in love with him, and also he wants to make another girl jealous. She consequently loses her virginity to him, and One Direction fan fiction version of the movie, he SHOWS HIS FRIENDS THE SHEETS. It’s all just f*cked up on so many levels.

Hard pass on using a person to make someone else jealous without their knowledge, using a person to win a misogynistic bet, and an even harder pass on making a person fall in love with you under false pretenses. However, when alllll of this ludicrous behavior is reconciled with a half-assed apology and a hot kiss in the rain, it’s easy to forget just how toxic the behavior is.

Caption this #Hessa pic using only emojis! #AfterMovie On Digital 6.25 and on Blu-ray 7.9 http://uni.pictures/AfterMovie

Just because I can recognize these behaviors does not mean I’m not above falling victim to the negative messages these movies send. When I was a 16-year-old, nothing was more romantic to me than Chuck and Blair’s passionate relationship, which I now realize was toxic as hell. Despite what teen movies and shows will tell you, in reality it’s super unlikely that a f*ckboy will change his ways, and constant screaming and fighting is not the same as passion in a relationship.

And, really, I’m not trying to ruin the fun of rom-coms, mainly because I’ll be spending the next few weeks of my life binging them. But, before you start thinking that if Lara Jean and Peter could make it work, maybe your douchebag booty call will finally step up, it’s important to face the facts.

When we watch movies that romanticize cheating, manipulation, and borderline emotional abuse, we are teaching people that it’s romantic and okay. Because of these movies, instead of seeing the guy that hooked up with another girl while you were supposed to be exclusive as the douchebag he is, we start thinking he needs to (and can) be fixed. And then, of course, we start dreaming of the future relationship we might have with him once we fix him, and at the very least, end up disappointed.

Listen, not every movie can be He’s Just Not That into You (which, despite the name, does not present the healthiest relationship dynamics). But in 2020, I’m kind of thinking we can do better to provide young girls with positive examples of healthy relationships.