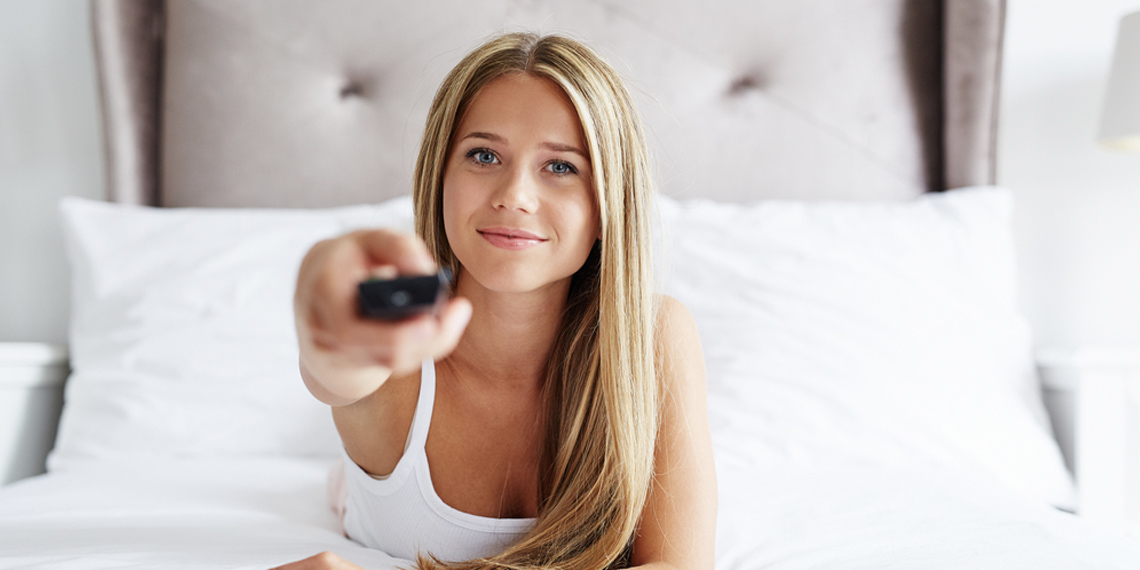 Which Netflix Documentary You Should Watch Based On Your Zodiac Sign

Picking something to watch on Netflix is one of life’s greatest challenges. While we’ll probably never know if that’s due to the fact that Netflix is filled with a bunch of really great options, or we’re all just paying $8 a month to scroll through hundreds of shitty movies and television shows only to watch Parks and Rec for the millionth time, it is true that the streaming service does have at least one thing for everyone. To make your life so much easier, here’s which Netflix documentary you should watch based on your zodiac sign. I’ve even included a trailer for each one, so if you get halfway through and decide it’s a total waste of your time, you can’t blame me. I’m not, like, a scientist or whatever, but I’m pretty good at pretending to know a lot about people depending on their signs, so here you go.

Aries – ‘Minimalism: A Documentary About The Important Things’

Aries are super organized, competitive leaders who probably don’t want to waste a lot of time watching Netflix because they have other shit to do. If they’re going to spend precious time watching a Netflix documentary, it better be motivational. Watch Minimalism and get inspired to throw out all of your stuff.

Tbh, Taurus is the worst sign to give a Netflix documentary recommendation to, because they’re super stubborn and hate change. They probably only pay for Netflix to keep rewatching The Office. Stick to something you’ve probably already seen before, like Blackfish. Everyone has seen Blackfish.

Geminis can literally never STFU because they’re super curious and always want to chat about whatever book they’re reading or podcast they’re listening to. Watch a documentary that’s currently really popular and relevant, so you can fall into a blackhole on Reddit or chime into some random Twitter convo about it. Icarus, the documentary about the Russian Olympic doping scandal, is totally a perfect fit.

Lady Gaga: Five Foot Two is a raw, emotional look at Lady Gaga’s most vulnerable and personal moments. As a sign that’s really emotional and sympathetic, Cancers will eat this shit up. Like, you’ll probably be tearing up halfway through this trailer.

Jim Carrey isn’t a Leo, but you’d prob assume he is after watching Jim & Andy, the documentary about the time he went totally nuts when playing comedian Andy Kaufman in the Man on the Moon biopic. I mean, he’s obv warm-hearted and hilarious, but taking a role so seriously to the point where he basically drives everyone around him insane, then realizing that the whole thing was nuts and a documentary needs to be made out of it, is a total Leo move. Leos will love this documentary almost as much as they love themselves.

Virgos are total health freaks, so it’s probably important for them to see Food, Inc. Or like, a really bad idea for them to see it, because then they’ll start worrying about everything they eat and obsessively reading nutrition labels more than they already do. Eh. Whatever.

13TH is a documentary that investigates how seriously fucked up the United States prison boom is. Prob important watching for every single one of the 12 zodiac signs, but justice-seeking Libras will be really into it.

Scorpios have no fucking chill, just like women’s rights attorney Gloria Allred. Gloria is a passionate badass who has been fighting for women and minorities forever. She’s one of the HBICs in the #MeToo movement, but she’s been the shit for decades. Like, she represented Nicole Brown against OJ. She’s def the human embodiment of every Scorpio trait, so maybe you guys will be inspired to put that intensity somewhere useful after watching Seeing Allred.

Sagittarius is the zodiac sign most likely to have the word “wanderlust” somewhere in an Instagram bio, and is known for being curious, loving freedom, and hating stage-five clingers. Obviously, Liberated: The New Sexual Revolution is a must-watch. It’s a documentary that basically explores our generation’s attitude towards spring break hookup culture and everything that goes along with it, but it serves as a cautionary tale too. Like, enter a twerking contest in Mexico if that’s what your heart desires, Sagittarius, but remember that you’re also allowed to say no if it skeeves you out.

Capricorns are kind of hardos when it comes to being productive, because they actually enjoy getting shit done. Can’t relate. But anyway, they’re also a pretty traditional sign, so learning about what Bitcoin actually is might be pretty interesting for a Capricorn, considering it’s such a brand new thing.

Aquarians are weird as shit and love to get sucked into conspiracy theories, so Casting JonBenet is obviously the perfect documentary for them. I mean, really anything that could potentially introduce an Aquarius to new conspiracy theories is ideal, but Casting JonBenet really takes the cake because it’s a bizarre cross between a drama and a documentary, and it’s a case that will probably never be solved.

Pisces – ‘Manolo: The Boy Who Made Shoes For Lizards’

Pisces are super creative and gentle, so they’ll probably effing love the idea of a baby Manolo Blahnik crafting shoes for lizards, even if every other sign would roll their eyes at it. Also, Rihanna makes an appearance in this, so like, just watch it.