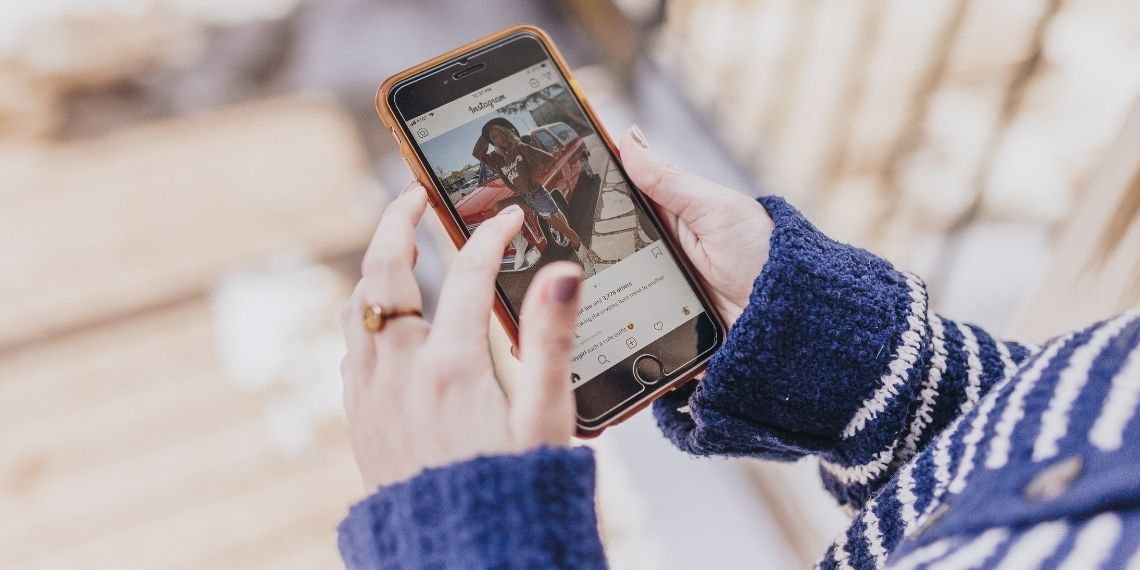 For me, it all started with Myspace’s Top 8. In case you’re not in your mid to late twenties (b*tch), this was something we cave people were subjected to back in the early 2000s. On your Myspace page where you posted songs by the Black Eyed Peas and wrote your boyfriend’s name with a whole bunch of “<333333″s, you also ranked your favorite people on the platform. In order. For everyone else to see.

Now, your Top 8 wasn’t to be taken lightly. It was the space reserved for your BFF, your S.O., the popular girl you were trying to befriend, and your sibling who bullied you into putting them as number four. Got in a fight? Your frenemy got demoted or removed from the coveted section. Holding hands with someone new? They quickly got a spot on the leaderboard. It was the first big way to say “here’s who I like, here’s how popular I am, here’s how I’m judging others”, and we lapped that sh*t up.

When the Top 8 first started, it didn’t make me feel bad, exactly — it was more like a game. Find ways to level up, get on other peoples’ boards, gain virtual popularity. It wasn’t until my first serious boyfriend moved “Anna” (a random girl from one of his classes) in front of me that social media made me feel like a failure for the first (and definitely not the last) time in my life.

Myspace’s Top 8 was how I found out Tyler (name hasn’t been changed — hi, Tyler) was cheating on me (again, for the first, but not the last time). It led me on my first ever stalking spree, where I stared at photos of Anna, comments from Anna, likes by Anna all night, trying to figure out what she had that I didn’t (besides boobs). Trying to figure out why he wanted her when I was already in love with him. That night led me on a decade-plus long cycle of “feel inadequate, stalk, feel more inadequate, stalk.” It’s some sick, masochistic sh*t, and while I’d love to say that’s all changed in the 10 (okay, 12) years since I sat on my twin bed, crying to P!nk… uh, no such luck.

Social media has absolutely obliterated my self-confidence, my happiness, and my mental health. And it’s probably done some serious damage to yours as well.

Now, it’s pretty much common knowledge that social media is basically the devil. It’s addictive. It’s dividing. It leads to depression, anxiety, and unrealistic perceptions of beauty. It gives you sh*tty posture. But, in case you didn’t watch The Social Dilemma on Netflix like everyone else (which was probably suggested to you by a friend on, yup, social media), here’s the deal. From the National Center for Health Research:

“25% of 18-25-year-olds report having some form of mental illness. Depression is particularly increasing among girls. Some researchers have suggested that this increase in mental illness is, at least in part, connected to the rise of social media use among adolescents and young adults.”

“Teenage and young adult users who spend the most time on Instagram, Facebook, and other platforms were shown to have a substantially (from 13 to 66%) higher rate of reported depression than those who spent the least time … A 2017 study of over half a million eighth through 12th graders found that the suicide rate for girls increased by 65%.”

Last one for good measure, from McLean Hospital (affiliated with Harvard Medical School):

“In recent years, plastic surgeons have seen an uptick in requests from patients who want to look like their filtered Snapchat and Instagram photos.”

So yeah, social media is super bad, which is something you — just like I — probably already knew. But, much like tequila or texting exes, that hasn’t stopped any of us from continuing to pose, post, and peruse. And while once upon a time we had to log onto a computer and search for people to investigate, algorithms are now so smart, they decide who we stalk, when we scroll, and how long to keep us engaged.

It wasn’t until my wedding in 2018 that I actually realized how bad Instagram made me feel. After waltzing down the aisle, I quickly found myself jealous of engaged friends — total hater sh*t, I know. But after spending so long planning my own event, the post-wedding blues hit hard, and I hated seeing other people post their ring selfies and bachelorette photos. I was sad, I was uninspired, and I was jealous. So on a whim, I muted every single one of my engaged friends. Every. Single. One of them.

I didn’t want to unfollow or block them, because frankly, that felt too b*tchy, and besides, it’s not like I didn’t like them anymore. I just didn’t like seeing them so blissfully happy. I felt empty after spending months DIYing and pinning and being the center of attention. It wasn’t exactly rational, but their posts made me feel bad and instead of just continuing to feel bad, I decided to stop seeing their posts altogether. And just like that, my love of muting became a way of life.

After the engaged people came the girl in my friend group everyone else loved but I couldn’t stand. Then competitors in my field who always seem to be outpacing me. Then the really hot people. Then some of my best friends whose posts just kinda… annoyed me. I used to think muting someone was the ultimate “f*ck you,” but now I look at it as a means of self-preservation. I’m literally under no obligation to look at someone’s over-filtered picture. And just because I muted someone, it doesn’t mean I hate them IRL (unless, of course, I do). It just means their posts — at least at the moment — make me feel bad. So why not just stop looking at the thing that makes you feel like trash?

Nowadays I mute freely and without thought. Sometimes it’ll be just for a brief period of time and then eventually I’ll go back and unmute, and other times friends are muted for the long haul. It doesn’t really matter, because the worst case is I forget and I never unmute someone. And like, not to quote Kourtney or anything but, “there’s people that are dying” — not liking someone’s weight loss picture isn’t the end of the world. Ultimately, social media made me feel fat and lazy and untalented and jealous. Now, I’ve whittled down my timeline so it makes me feel, well, not good, but at least a little less horrible.

While it’s not a cure-all — muting is an avoidance tactic, and you need to do internal work to figure out why what you’re seeing makes you feel inadequate — it’s definitely a way to not only make social media more enjoyable, but take back a little control over what you view. It’s not a great idea to just stopping looking at things that make you feel uncomfortable altogether. It’s important to see differing political views and perspectives to form rounded opinions. But social media doesn’t have to be a way of life and if looking at your sorority sister’s abs a month after giving birth makes you feel sad, then bon f*cking voyage. Mute away.

Granted, deleting your social media accounts would probably make you feel the best and free you from the toxic cycle, buuuuuut if completely nixing your handles feels off-brand, editing your timeline is the next best thing. The next time you look at someone’s post and feel that pang of inadequacy, instead of spiraling down into a vat of self-pity, just mute them! Before long you’ll probably find that your self-confidence has risen and your screen time report is slightly less embarrassing. Win-win. 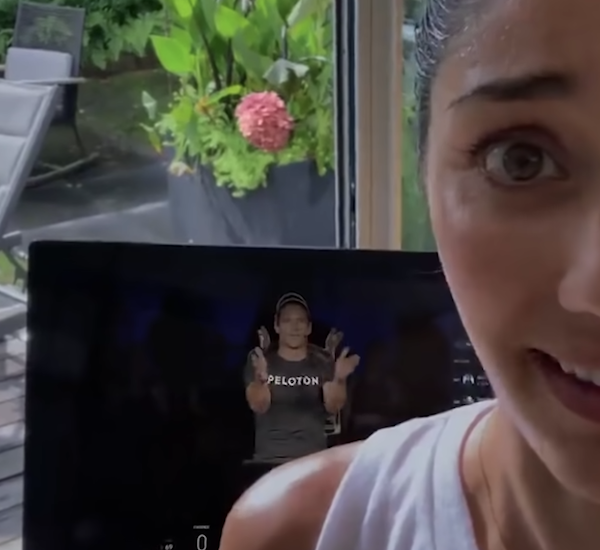 In Defense Of The Cult Of Peloton 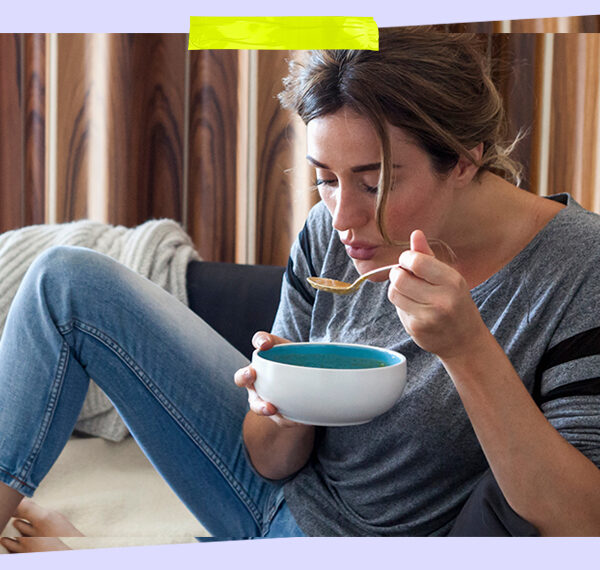 What It’s Like To Eat Space Soup For Five Days, Or An Honest ProLon Review 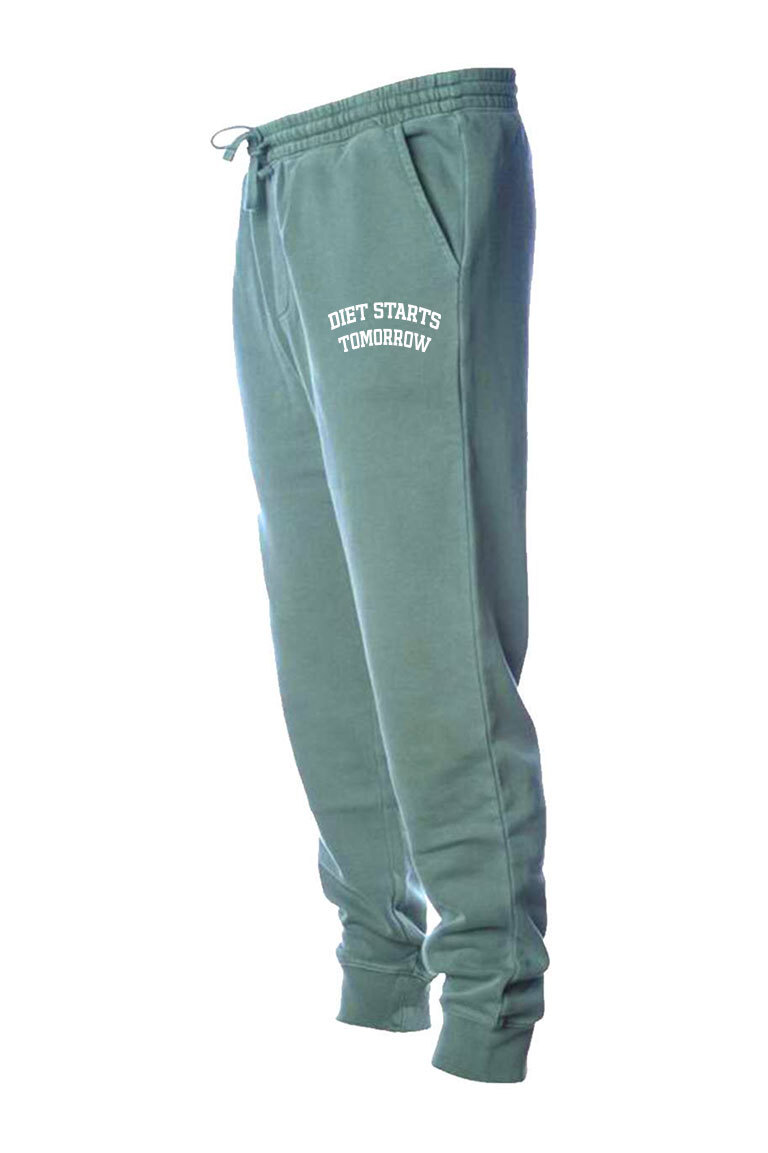 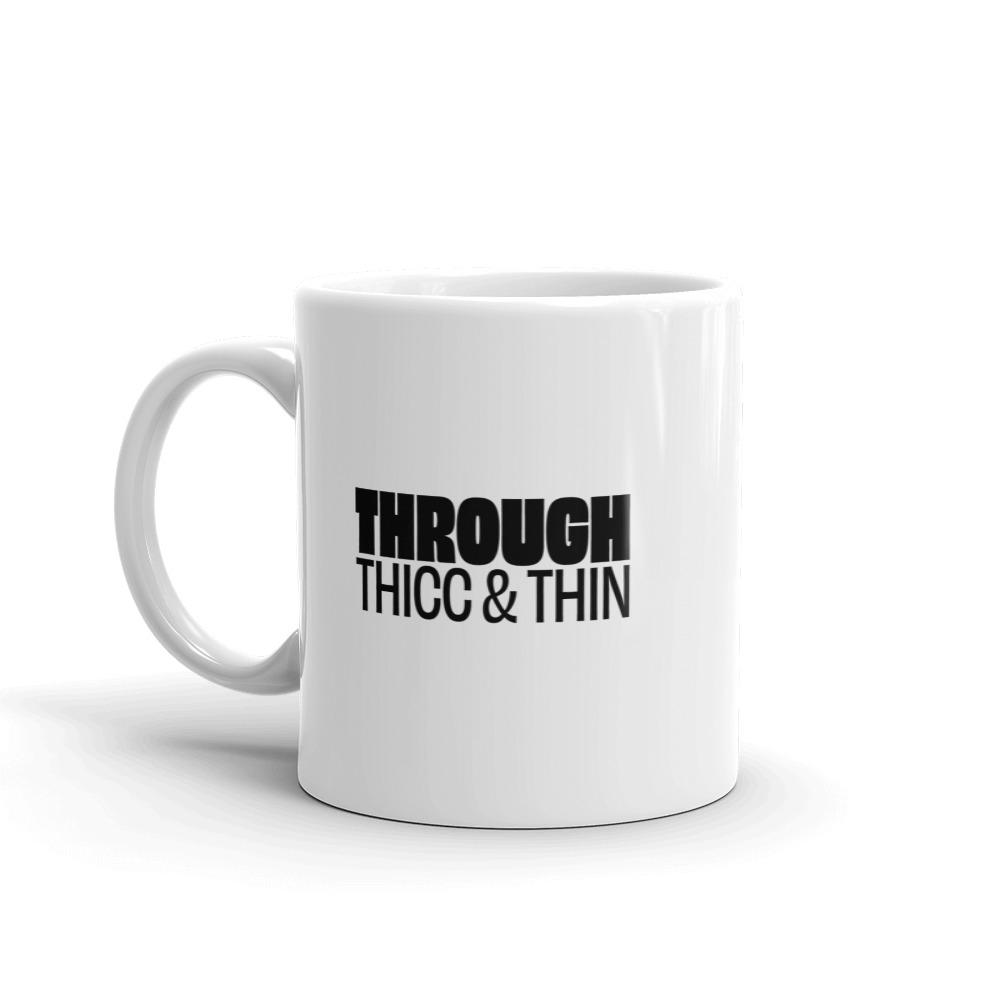 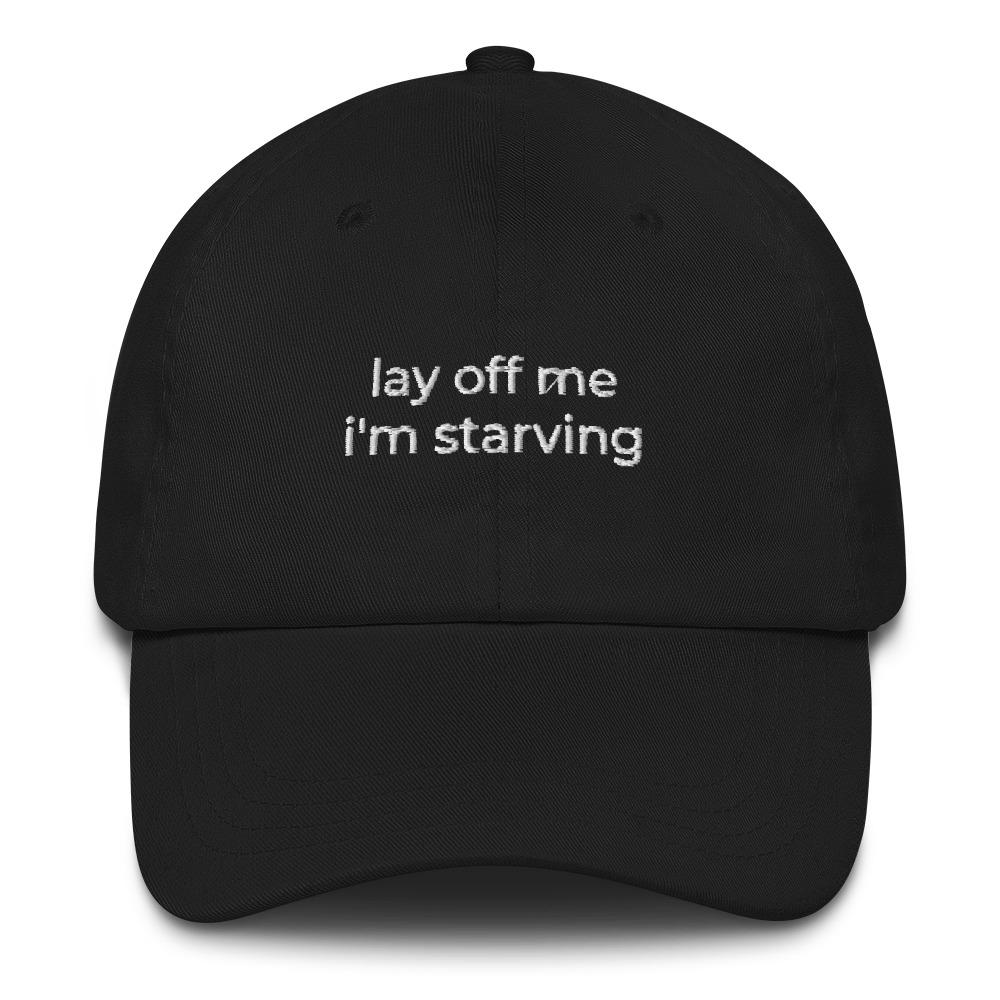 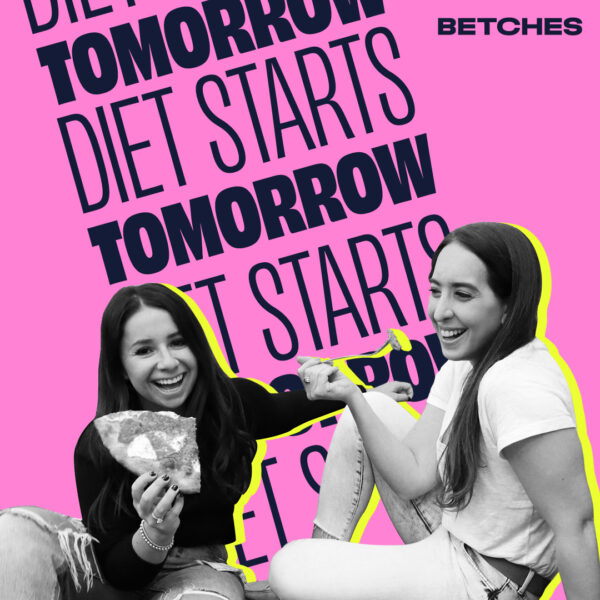 How to Become Your Most Confident Self Ft. Serena Kerrigan

Today Sami is joined by the one, the only, the self-styled Queen of Confidence, content creator Serena F*cking Kerrigan—or SFK for short. They start off by chatting about the ultimate act of self love (spoiler: it’s self pleasure), which inspired Serena’s new card game. SFK then divulges why s...