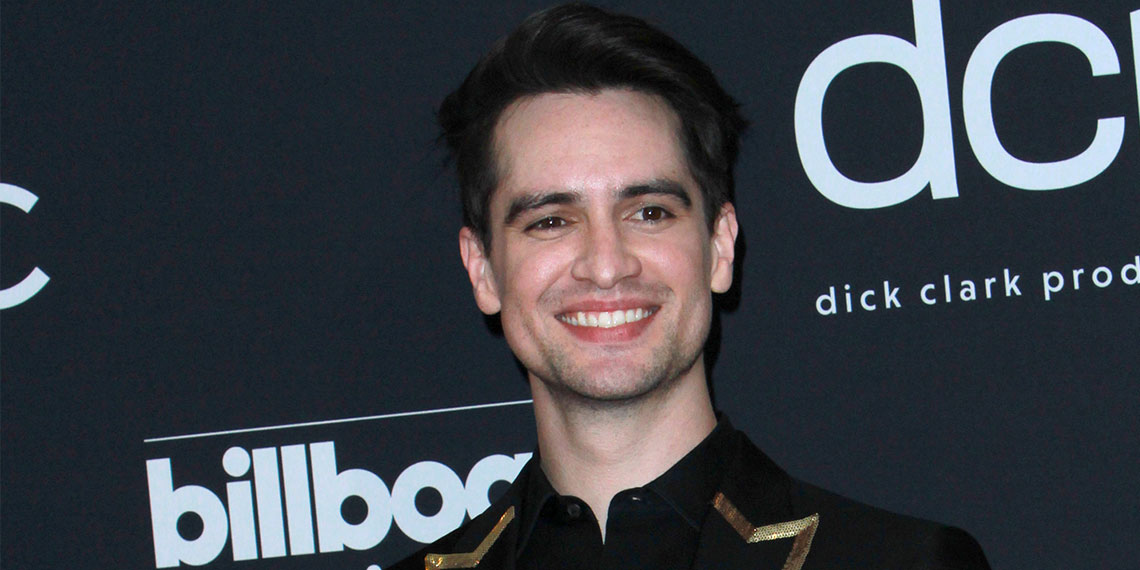 Few things these days bring me joy anymore, though one sensation I would like to bottle up and then inject directly into my bloodstream is the feeling of watching people dunk on Trump. Seeing the overflow area for his rally last weekend in Tulsa get taken down due to lack of attendance, and all those empty seats in the arena, was perhaps the closest approximation to happiness that I’ve felt in months. And it’s equally fun to watch celebrities get in on it, too, especially when musicians tell Trump to stop using their music. It’s been happening since back before Trump was even president, and musicians continue to (sometimes literally) tell him to f*ck off. This week, Brendon Urie, frontman for Panic! at the Disco, blasted the Trump campaign for using “High Hopes” at a rally, making him one in a long list of musicians who want no association with the Trump campaign whatsoever.

On Tuesday, Trump held a rally in Phoenix, where Politico says he spoke to a “packed crowd” at a Students for Trump event. An estimated 3,000 people were in attendance, all packed into the Dream City megachurch (of course), few wearing masks. Again: of course. Trump walked out to “High Hopes” by Panic! at the Disco, and when Brendon Urie caught word of Trump using the band’s song, he was not pleased. He tweeted, “Dear Trump Campaign, F*ck you. You’re not invited. Stop playing my song.”

Fuck you. You’re not invited. Stop playing my song.

No thanks,
Brendon Urie, Panic! At The Disco & company.

Urie is not even the first musician to deal that kind of blow to Trump this week. On Monday, reports surfaced that Tom Petty’s family issued a cease and desist to the Trump campaign after “I Won’t Back Down” was played at Trump’s rally in Tulsa. In a letter posted to the late musician’s Twitter, the family wrote, “Trump was in no way authorized to use this song to further a campaign that leaves too many Americans and common sense behind.” Burn!

But as previously mentioned, musicians telling Trump to stop using their music is nothing new. In August of 2018, Aerosmith frontman Steven Tyler and his lawyers sent a cease and desist order to the Trump team after “Livin’ on the Edge” was played at a rally in Charleston, West Virginia. In the letter, Tyler’s lawyers wrote, “Mr Trump is creating the false impression that our client has given his consent for the use of his music, and even that he endorses the presidency of Mr Trump.” They also claimed that Trump did not have “any right to use the name, image, voice or likeness of our client, without his express written permission.” Tyler later clarified via an all-caps tweet that his objection was not necessarily political, but more about the principle of using songs without permission.

THIS IS NOT ABOUT DEMS VS. REPUB. I DO NOT LET ANYONE USE MY SONGS WITHOUT MY PERMISSION. MY MUSIC IS FOR CAUSES NOT FOR POLITICAL CAMPAIGNS OR RALLIES. PROTECTING COPYRIGHT AND SONGWRITERS IS WHAT I’VE BEEN FIGHTING FOR EVEN BEFORE THIS CURRENT ADMINISTRATION TOOK OFFICE.

Tyler’s legal team also ordered Trump to cease using his music during his 2015 election campaign, after finding out that “Dream On” was used at his campaign events.

Also in 2018, Rihanna sent her own cease and desist after learning that Trump used “Don’t Stop The Music” at a rally in Tennessee, demanding that he, in fact, stop the music. She also tweeted to a reporter, “ me nor my people would ever be at or around one of those tragic rallies,” and said that it would be played “not for much longer.” BMI, the company that handles Rihanna’s music publishing, then took her threat one step further, removing Rihanna’s music from a blanket license that the Trump campaign paid in order to use any of BMI’s songs at events.

But that was not all—far from it! In October, 2018, Pharrell Williams also ordered Trump to stop using his music after he played “Happy” to a crowd in Indiana, on the same day that 11 people were murdered in a mass shooting at Pittsburgh’s Tree of Life synagogue. Pharrell’s lawyer, Howard E. King, wrote in a letter to Trump, “There was nothing ‘happy’ about the tragedy inflicted upon our country on Saturday and no permission was granted for your use of this song for this purpose,” adding, “Pharrell has not, and will not, grant you permission to publicly perform or otherwise broadcast or disseminate any of his music.”

And, way back in 2016 (we were so young, so full of hope), Adele spoke out against the Trump campaign after learning that “Rolling in the Deep” and “Skyfall” were being played at his rallies. I’ve got to wonder in what context “Rolling in the Deep” would even fit at a political rally? In any case, her spokesperson said, “Adele has not given permission for her music to be used for any political campaigning.”

In 2015, when Trump’s presidency was a twinkle in our eye that we desperately hoped would not come to fruition, R.E.M. told the Trump campaign to, basically, exclude them from the narrative, after Trump used “It’s The End Of The World As We Know It…” at a September 2015 rally in Washington, DC. The band issued a statement on Facebook saying that they “do not authorize or condone the use of our music at this political event” but urged Americans to “focus on the bigger picture, and not allow grandstanding politicians to distract us from the pressing issues of the day and of the current Presidential campaign.”

Lead singer Michael Stipe added via a tweet put out by bassist Mike Mills, “Go f*ck yourselves, the lot of you – you sad, attention-grabbing, power-hungry little men. Do not use our music or my voice for your moronic charade of a campaign.” Mills himself added, “Personally, I think the Orange Clown will do anything for attention. I hate giving it to him.” Mills said again in January 2015 that the band was “exploring all legal avenues to prevent this” and noted that “we do not condone the use of our music by this fraud and con man.”

We are aware that the President* @realDonaldTrump continues to use our music at his rallies. We are exploring all legal avenues to prevent this, but if that’s not possible please know that we do not condone the use of our music by this fraud and con man.

According to NPR, a political campaign can sign a license with performance rights organizations like BMI, ASCAP, or SESAC to give events like campaign rallies the right to play songs administered by those organizations. As we saw with Rihanna, those organizations can also choose to revoke the rights. Also, even if the campaigns do receive the proper licensing, there are still ways artists can sue to prevent them from using their work, such as by claiming False Endorsement, where, according to ASCAP, “use of the artist’s identifying work implies that the artist supports a product or candidate.”

Other artists who have told Trump to stop using their music include Neil Young and Earth, Wind & Fire, and I’m sure the list will continue to grow.