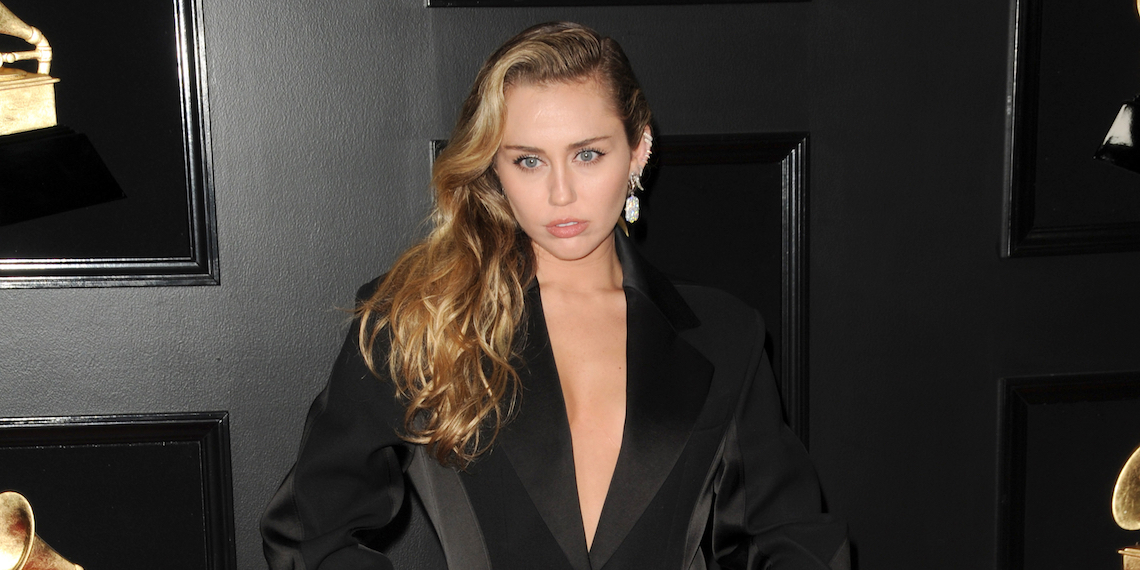 Miley Cyrus Went On An Epic Twitter Rant About Her Breakup

Well, I expected that we would slowly get some more details about Miley Cyrus and Liam Hemsworth’s breakup, but I didn’t expect THIS. Over the past couple weeks, we’ve had cryptic Instagram posts, lots of anonymous sources and rumors, a messy AF breakup song, and an official divorce filing. It’s been a wild ride to say the least, but Miley turned things up to 11 this afternoon when she went on a wild Twitter rant about the breakup.

Throughout the tweets, she’s mainly addressing rumors that her marriage fell apart because she cheated. These rumors were supposedly coming from people close to Liam, but Miley might also be addressing the general public. Liam has remained quiet since his initial Instagram post, but it’s clear that Miley still has a lot to say, buckle up, because we have a lot to get through.

Miley starts things off strong, by declaring that just because she lives her life as a public figure doesn’t mean people get to spread lies about her. Compared to most other stars of her level, Miley Cyrus really is a pretty open book, so I don’t disagree with her there. It’s not immediately clear from this tweet that she’s talking about cheating rumors, but she quickly narrows the focus of why we’re all here.

Yeah, okay, she has my attention.

Miley dives deep from here, going back through some career highlights, some of which I had almost forgotten about. For the fact that she’s still only 26 years old, there’s really so much to look back on. Let’s talk a walk down Miley’s memory lane, shall we?

Wait, so in “We Can’t Stop,” she wasn’t actually singing about dancing with her friend named Molly? I’m shook. Honestly, this is a big moment, because all of those Republican moms who always thought Miley was just singing about waiting in line for the bathroom are finally gonna have to suck it up and admit that they liked a song about coke. Sorry ladies!!!!

Honestly, who didn’t. I remember the Miley bong controversy like it was yesterday, and it’s hilarious that it was such a big deal at the time. Remember, it was salvia!!! It wasn’t even weed! God, I miss 2010. Also, remember when she got photographed wearing only a sheet, and it was like World War 3 had broken out. Miley has been! Through! It!

Okay, licking the penis cake is a badass move, and it sounds like the people at Hotel Transylvania were just lame people who didn’t like to have fun. Sad!

This sounds like someone admitting that they did something bad while they were drunk. Like, who among us has not swung on a wrecking ball naked?

The tweets about doing Molly and licking penis cakes were fun, but here’s where we get into the real substance portion of the Twitter rant. Miley is being adamant about the fact that she was faithful to Liam after they got back together the most recent time, and that she’s grown up since she was 17.

There it is. Despite all the rumors, Miley Cyrus is 100% saying she did not cheat on Liam Hemsworth. Anyone can have whatever theories they want about the reasons behind the divorce, but Miley is standing by her words.

So is this her referencing the rumors about Liam drinking and doing drugs? If so, it seems really unnecessary of her to bring it up yet again, especially when Liam still isn’t saying anything about their breakup. If he were out there posting about how Miley cheated on him, it might be different, but he’s just been chilling in Australia. If anyone around them is leaking rumors to the press, it’s not automatically Liam’s fault.

After all the drama of the last two weeks, I truly don’t really know where I stand on all of this. Of course, breakups and divorces are super complex, and I feel for Miley living out her experience of what she’s going through. But on the other hand, I still feel like it might be uncool for Miley to be going about this so publicly, when Liam obviously doesn’t want to talk about things. I’m all for the tweets about her past experiences and growing up, but alluding to Liam’s issues doesn’t make her look great either.