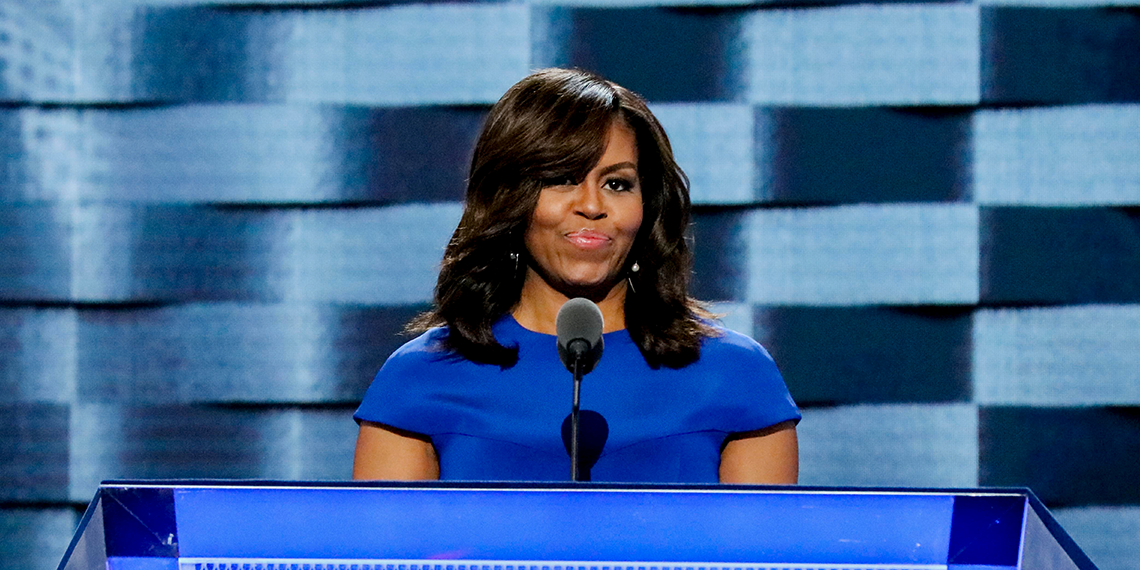 Michelle Obama Opens Up About Struggling With ‘Low-Grade Depression’

As we all know, Michelle Obama literally could do no wrong – she is strong as hell, brilliant, and basically America’s mom. On top of all of that (and in spite of it), she’s relatable as f*ck. From her giving Trump side-eye at his inauguration to starting a podcast in quarantine, America’s favorite first lady is truly one of us.

In the latest episode of The Michelle Obama Podcast, Obama opened up about something that many of us are feeling (at least I am) these days. During a conversation with journalist Michele Norris, Obama talks about how she has found herself “dealing with some form of low-grade depression” over the last few months. “Not just because of the quarantine, but because of the racial strife, and just seeing this administration, watching the hypocrisy of it, day in and day out, is dispiriting.”

Michelle specifically cited the heightened racial tensions as a factor of her depression, “I have to say, that waking up to the news, waking up to how this administration has or has not responded, waking up to, yet another, story of a Black man or a Black person somehow being dehumanized, or hurt or killed, or, falsely accused of something, it is exhausting. And it, it has led to a weight that I haven’t felt in my life, in, in a while.”

In describing her symptoms, the first lady talked about having difficulty sleeping or waking up in the middle of the night. She said, “you know, I’ve gone through those emotional highs and lows that I think everybody feels, where you just don’t feel yourself.” She said, “there’s been, uh, a week or so where I had to surrender to that, and not be so hard on myself. And say, you know what, you’re just not feeling that treadmill right now.”

All of this is not only normal but increasingly widespread. A recent CDC pulse survey reported that one out of three Americans is experiencing some level of depression or anxiety, up from one out of ten last year. Feeling dread and concern about the state of America and our government is not a new thing either. Last year Michelle Goldberg wrote an op-ed for the New York Times about democracy grief. In it, she discussed how watching the institutions that we trust to protect us fail to do so can impact psychological health.

In difficult times, I like to ask myself: WWMOD (obviously that stands for what would Michelle Obama do). Because she always comes through, Michelle gave us some insight into how she deals with her low-grade depression during the quarantine.

“For Barack and I, we’ve lived outside of the norm of regular life for quite some time,” Michelle said, “what we’ve learned early on in the White House is that in order to stay sane and to feel like the human you once were is that you have to have a schedule and a routine.”

In addition to establishing a routine, the Obama family has been working on puzzles together and having card game tournaments. They’re also spending some time outside and trying to eat dinner together as a family. Stars: they’re just like us.

While I highly recommend listening to the whole podcast episode yourself, finding a sense of positivity boils down to self-awareness and focusing on what brings you to a good place. As Michelle said, “make sure that you all are listening to your spirits and to your bodies through this period. And when you need a moment to recharge, take it and do not feel guilty about needing to take that break.”