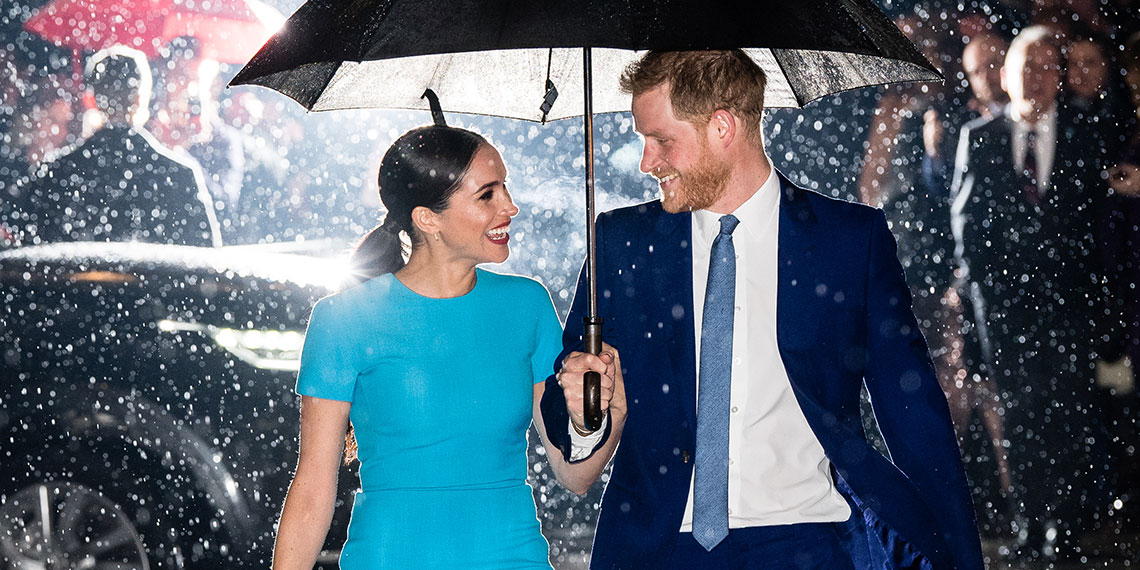 Meghan And Harry’s Texts To Thomas Markle Are Messy AF

Over the past month or so, there’s been plenty of messy celebrity news, but almost all of it has revolved around the coronavirus pandemic. Celebrities failing to quarantine, being tone-deaf on social media, trying to profit off the crisis—we’ve seen it all. But we all need a break from quarantine drama, and thankfully today’s messiness has absolutely nothing to do with COVID-19. We’re getting back into the soap opera that is Meghan Markle and her thirsty family, and I couldn’t be happier.

Let’s set the scene with some context. Right now, Meghan Markle is in a legal battle with British tabloid Mail on Sunday, after they published parts of a private letter she wrote to her father, Thomas Markle, in August 2018. In the latest round of legal documents, Mail on Sunday says that Thomas showed them the letter after one of Meghan’s friends mentioned it to People, so they did nothing wrong. But Meghan is arguing that she never authorized her friends to speak to People, so Mail on Sunday shouldn’t have even known about the letter. To be honest, I don’t really see why this is Mail on Sunday’s fault—shouldn’t Meghan be punishing whichever “friend” spilled the tea in the first place?

Whatever, I won’t try to decide the legal specifics here, but the latest filings gave us something much more important to talk about: texts that Meghan and Harry sent to Thomas Markle in the days leading up to their wedding. If you’ve ever paid attention to the Markle family, you know that they’re messy bitches who live for drama, so there’s a lot going on here.

On May 3rd, just over two weeks before the royal wedding, Thomas Markle was admitted to the hospital with “acute chest pains.” At the time, Meghan texted her father, saying “I’ve called and texted but haven’t heard back from you so hoping you’re okay.” Okay, supportive! Things weren’t necessarily smooth between them at this point, but it’s nice that she was concerned.

But the tone changed significantly a few days later, when Meghan and Harry learned that Thomas had posed for paparazzi photos in exchange for money. The photos, which clearly show Thomas Googling his daughter at an internet cafe, are low-key iconic. Needless to say, Meghan and Harry weren’t like, super thrilled by this discovery, considering that, according to the legal documents, Meghan had tried to get “logistics and supplies for her father discretely and with privacy, with care taken not to feed the press” and had told him “that he should keep a low profile until the wedding.” Oops!

Then, on May 14th, things took another turn when Thomas Markle said publicly that he would not be able to attend the wedding. Not only was this five days before the wedding, which is definitely not proper etiquette, but he didn’t even tell Meghan and Harry directly. Harry’s texts to Thomas upon finding out are really a sight to behold:

“Tom, it’s Harry and I’m going to call you right now. Please pick up, thank you.”

“Oh any speaking to the press WILL backfire, trust me Tom. Only we can help u, as we have been trying from day 1”

Okay, a few things. First of all, obsessed with Harry’s use of “u” throughout the texts. We love a royal who loves texting lingo! I also love that Harry introduces himself twice, as if the texts aren’t coming from the same number like, five minutes apart. Don’t worry Harry, I’m pretty sure Thomas knows exactly who it is. But most of all, I love that you can feel Harry’s anger spiraling out of control as the texts go on. Like, when he says “Meg and I are not angry,” don’t let that fool you—he and Meg are ABSOLUTELY angry. And then the way he finishes it off with a casual threat? Iconic, truly.

After that drama, things just got more bizarre the next day. TMZ reported that Thomas had suffered a heart attack, and once again, the tabloids knew before Meghan. Reportedly, Thomas then texted Meghan, and she responded, reminding her father that he’s basically been ghosting her this whole time: “I’ve been reaching out to you all weekend but you’re not taking any of our calls or replying to any texts…”

But to her credit, it actually seems like she was doing everything she could to help her father, even though he wasn’t cooperating at all. She texted him “Very concerned about your health and safety and have taken every measure to protect you but not sure what more we can do if you don’t respond…Do you need help? Can we send the security team down again? I’m very sorry to hear you’re in the hospital but need you to please get in touch with us… What hospital are you at?”

And then, later that day, she said “Harry and I made a decision earlier today and are dispatching the same security guys you turned away this weekend to be a presence on the ground to make sure you’re safe… they will be there at your disposal as soon as you need them. Please please call as soon as you can… all of this is incredibly concerning but your health is most important.”

That’s the last of the texts in the documents, so it’s unclear what happened after that. No matter how you feel about Meghan Markle in general, it seems like she was doing her best to get through to her nightmare of a father. Also, let’s not forget that this was all going down just days before her wedding, so I’m sure she had like, a million other things to be worrying about. So yeah, I can see why she would be hurt when, a few months later, her dad leaked a private letter to some rando tabloid that probably hates her. I get mad when my mom talks about me to her friends, so I can’t even imagine.

This week, Meghan and Harry also sent a letter to the major British tabloids, vowing never to collaborate with or speak to them, so it looks like they’re really focused on tidying up their image and quelling rumors. I’m sure the tabloids still won’t leave them alone, but maybe they’ll chill out a little bit. But even if nothing is going on, there’s clearly still plenty of old drama to talk about.