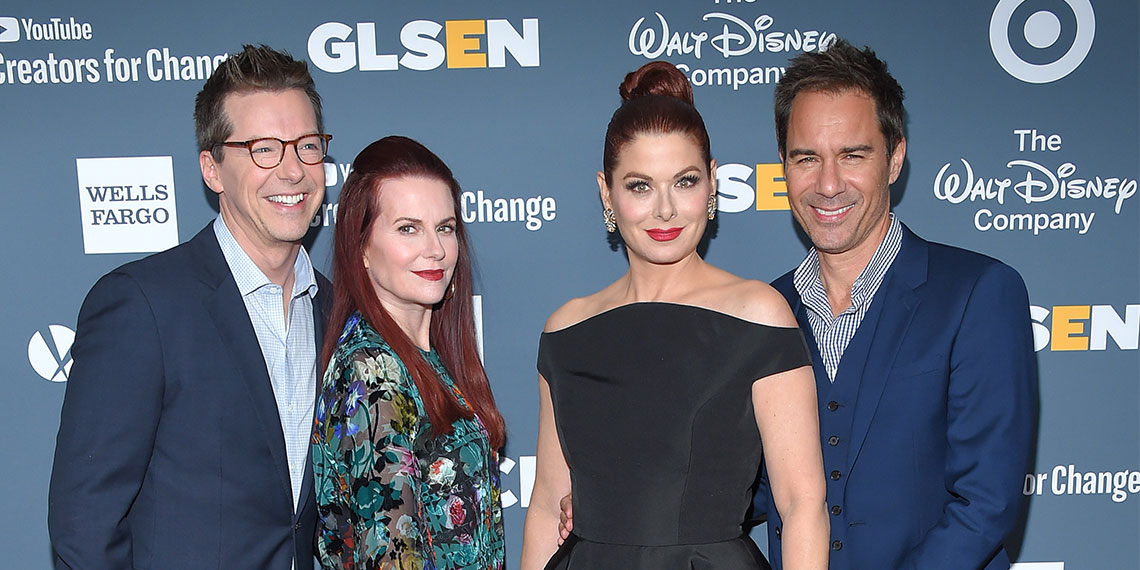 Over the past few years, there’s no doubt that the biggest trend in TV has been reboots of classic shows from the 90s and 2000s. Some of them are good, and some of them are…less good (BH90210, looking at you), but there’s always a level of excitement that comes with seeing your favorite TV characters back together. Just yesterday, we got our first photo of the entire family assembled for the Lizzie McGuire reboot, and I almost screamed, I was so excited. But happy on-screen reunions often come with tense off-screen ones, and behind the scenes drama can run rampant. That’s apparently the case with Will & Grace, and now we have some crazy new details about what’s been going down when the cameras aren’t rolling.

Will & Grace was obviously a huge hit when it first aired from 1998-2006, so it was a no-brainer when NBC decided to bring it back. They revived the show in 2017 with all four original stars, and it was a critical ratings success. The show was subsequently renewed for two more seasons, and season 11 (which just premiered last night) will serve as the series finale. But while the show has done well for NBC, it seems like the cast is having some trouble getting along.

On Thursday, TVLine reported that Megan Mullally is taking a “temporary leave of absence” from filming, and that she’ll be absent from two episodes later this season. While it’s not unheard of for actors to miss certain days of filming for other projects or personal reasons, it’s a pretty big deal that she’ll be missing from two full episodes. And according to the reports, Mullally’s leave of absence is related to friction on set between her and Debra Messing. Yikes.

While we don’t know what the tension is about, it’s probably been a long time coming. While Megan Mullally and Debra Messing have reportedly never been close, things seemed to take a turn earlier this year, when fans noticed that Megan was no longer following Debra on Instagram, and she subsequently unfollowed costar Sean Hayes as well. Megan still follows Eric McCormack, but none of her three costars follow her. I still don’t understand who spends all their time checking which randoms celebrities aren’t following each other, but they are truly doing the lord’s work.

All this Instagram following and unfollowing nonsense definitely suggests that things probably aren’t all good on set, despite efforts to make us think otherwise. Last month, Eric McCormack responded to rumors of behind the scenes drama in Us Weekly with a less-than-convincing statement: “It seems crazy. It is crazy! I think people worried about that entirely too much. The four of us get along like a house on fire. We always have.”

Hey, Eric? It sounds like you’re overcompensating for something. It’s one thing if there’s not some huge feud between the entire cast, but claiming that you’re all best friends when you’re unfollowing each other on Instagram left and right doesn’t exactly make a strong case. I’ve also never really liked the “house on fire” figure of speech, and especially in this case, it just makes me think that their relationships are all burning down. The Will & Grace cast has a lot of big personalities, so it would honestly be surprising if none of them had ever clashed on set. We might not know the specific cause of the current drama yet, but it seems pointless to pretend like it doesn’t exist.

Season 11 of Will & Grace just premiered, and they’re still filming, so I have a feeling everyone will be keeping quiet about any drama for now. NBC is paying them all a lot of money, and watching Karen and Jack’s shenanigans might feel less fun if they were tweeting nasty things at each other in real life. But hopefully once it’s all over Megan and Debra will both release juicy tell-all books about their side of what went down, because my little gay heart really needs to know all the tea.