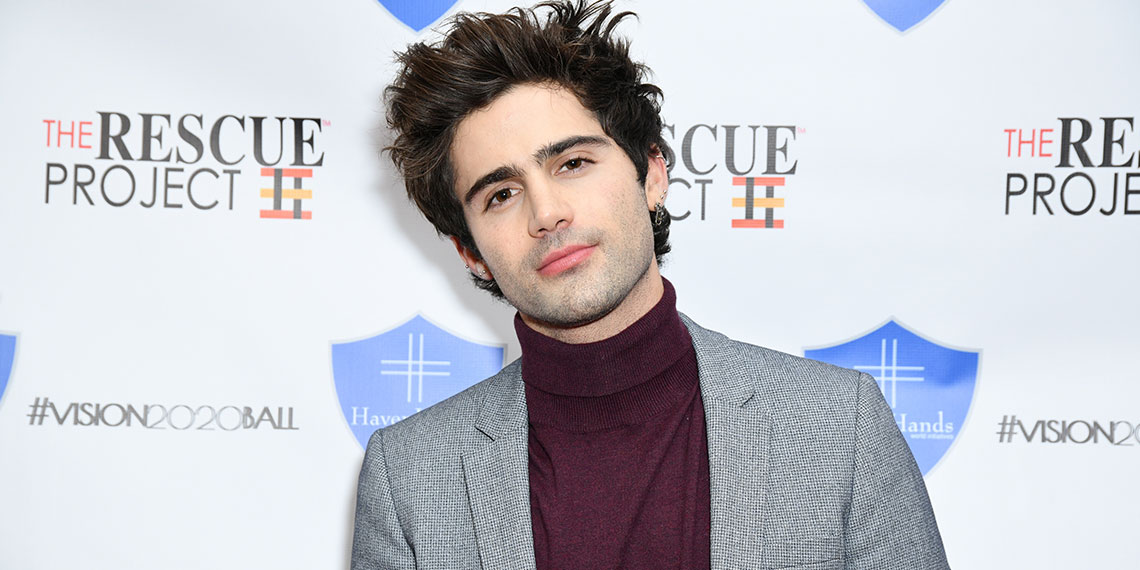 Max Ehrich Has Moved Onto A New Target

Apparently they say that the best way to get over someone is to get under someone else. Not sure if “they” have actually taken said advice, but after many failed walks of shame, self-lectures and a crippling self-esteem, I can assure you this is absolute horse sh*t. That said, someone should probably relay this information to Demi Lovato’s ex-fiancé, Max Ehrich, who has already moved on from Demi after like, two weeks, by projecting his night out with American Idol alumn Sonika Vaid all over Instagram right after he was photographed dramatically crying on the beach.

For someone who is well-versed in the façade that is “I swear I’m doing fine” post-split look, this move is one of the final acts taken in hopes that your ex realizes what they missed out on (and don’t even get me started on those staged beach photos).

To make matters even more dramatic, Max dropped the truth about his feelings toward Demetria (or possibly Sonika?) this morning in a new song called “Afraid” and it’s just… more than I was willing to grasp on a Friday afternoon. He sings lines like, “I’m afraid to give up my heart / I’m afraid to be broken apart / So I play, I play safe / Holding my guard,” which is painfully ironic coming from someone who cannon-balled into this entire relationship with zero rationality.

“AFRAID.” link in bio 🕊 avail on all streaming platforms 🤍 from the bottom of my hopeful romantic heart- infinitely grateful to be releasing the first song off of my music project🤍 x • • • special thanks to my team @aliextramile @deesamii for @eqdistro @extamileent producer @richmanmusic #brandonerickson @markgmorikawa @jordanmanekin & everyone over at Grubman, Shire, Sacks, Meiselas for believing in my project from day 1 years ago • • #maxehrichnewmusic #afraid #vulnerability #gratitude #music #piano #singer #songwriter #love #art #peace

Also, those hashtags are embarrassing. If you see me writing #peace #vulnerability, go ahead and delete my account.

Max’s photo and song most likely come in response to Demi literally leaking her own banger of a breakup song earlier this month called “Still Have Me”, where she basically sings, “I’d rather do this alone than put up with your sh*t for one more second.”

Meanwhile, Demi seems to be handling the aftermath of the split like a champ, spending time with family and friends, and was just spotted looking “cozy” (interpret that how you will) with rapper Mod Sun, aka both Tana Mongeau and Bella Thorne’s ex, according to photos obtained on Wednesday by The Sun. Earlier this week, they were seen riding around in the back of a black SUV and legit looking like they were having the time of their lives, which is likely the case considering these two have been friends for a while now.

Apparently Demi helped Mod through some tough times when he was trying to get sober, so it’s likely the favor is simply just being returned. A source also confirmed to E! News that Demi and Mod are “just hanging out for now,” adding, “She has been trying to surround herself with good company to occupy her time and keep her mind off of the Max drama. She isn’t looking to date right now and is still healing.”

Oh, and the source also said, “Demi is a free spirit and loves going with the flow,” so like, whatever happens, happens? Sonika, on the other hand, is eating up this five minutes of fame, considering she’s already gone on the record to E! News, telling them that after meeting at a dinner with mutual friends, that she and Max have “just been hanging out since and having fun.”

Sounds like the exact script I use when I’m trying to hide the truth about my 2am regrets from my friends, but what do I know? Anyway, see you back here next week when Max announces he’s expecting his first child or something.