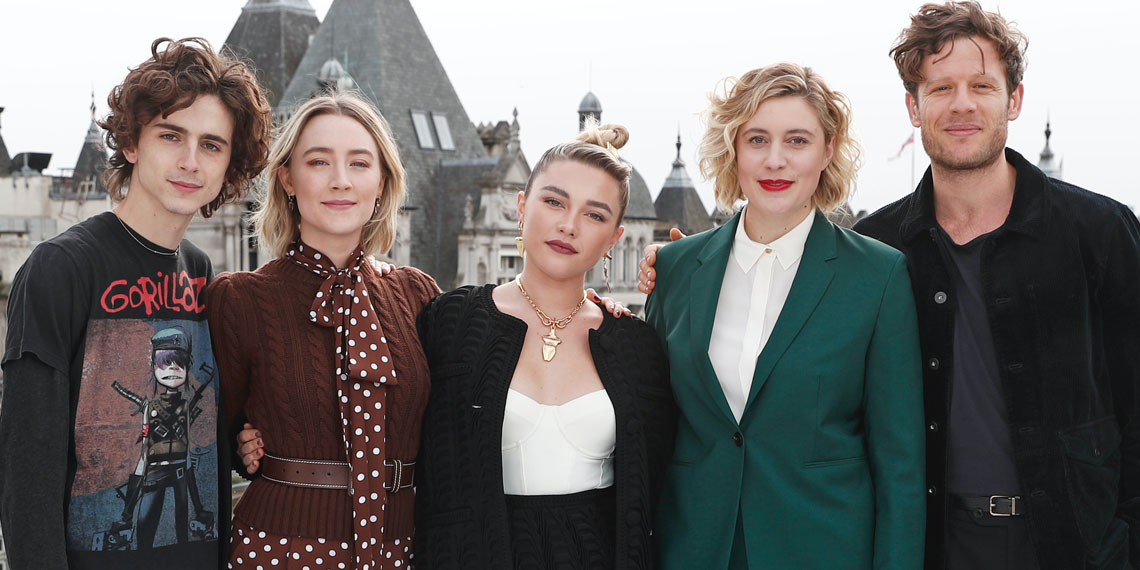 The phrase “Dream Team” gets thrown around a little too often. Whether it’s someone referring to a bagel and iced coffee combo or when your coworkers talk about their trivia team that came in third, it’s been a little overused. The only time in recent history that it was beyond appropriate, perhaps even understated? When referring to the new Little Women film adaptation.

Directed and written by Greta Gerwig, actual genius and force behind Lady Bird and Frances Ha, this film was immediately considered to be a Film Du Jour. On top of that, you have top female producers behind it and… a cast that is essentially Fantasy Football but for the Oscars: Saoirse Ronan, Emma Watson, Laura Dern, Timothee Chalamet and yeah, Meryl Streep. An aggressively white period piece with quirky mainstream talent is usually the definition of Oscar bait. Which is why so many people are confused as to why it’s barely making any buzz in the award circuit this for? Oh yeah, men.

According to Vanity Fair: “RSVPs for the first screening in October, as well as many others that Sony Pictures hosted around Los Angeles in recent weeks, were skewed about two to one in favor of women.”

“I don’t think that came to the screenings in droves, let me put it that way,” Pascal told the outlet. “And I’m not sure when they got their DVDs that they watched them.” She also noted she believes the skewed audience is more “unconscious bias” than “a malicious rejection,”

While women are mainly showing up for the screenings, men still dominate voting membership for major awards, though organizations are making progress towards gender parity.

It’s unfortunately not shocking that men aren’t flocking to this “coming-of-age period drama” because unfortunately John Wick is in zero scenes. Additionally, the title is a combination of two of their least favorite words: Little (unlike their penis, they swear) and Women. And no, this isn’t an Elizabeth Banks defending Charlies Angels like reasoning, but it sounds like they quite literally just aren’t showing up.

The snubbing has already begun with the Screen Actors Guild Awards COMPLETELY shutting out the film, which has a 97% Rotten Tomatoes score. (Don’t worry, they of course nominated The Irishman five times). The Golden Globes only gave the film two noms: Best Original Score and Best Actress for Saoirse. Naturally, when you see Saoirse’s name you immediately just write “Award Nominee” (which makes it very awkward for her at Starbucks) so her recognition was a given, but for the rest of this team to be snubbed is a bad sign for the Oscars—and just a harsh reality check about women-driven films.

Pascal also noted that “Queen & Slim” which was directed by Melina Matsoukas and features police violence against an African American couple, has also been ignored by the awards.

Tracy Letts, one of the actors in Little Women, is tired of this (rightfully so), telling Vanity Fair that he “can’t believe we’re still having this f*cking discussion where movies by men, and about men, and for men are considered default movies. And women’s movies fall into this separate and unequal category It’s absurd.”

See, men, it’s not hard to make us swoon for you, just say that you believe things should be equally respected And I mean, Oscar nominations haven’t been released yet, and on top of that the film hasn’t even come out for the public, so hopefully the Oscar’s end up making up for these snubs (which, is an lol considering their history) or at least public opinion can sway people’s minds about this movie about a beautiful, important story.