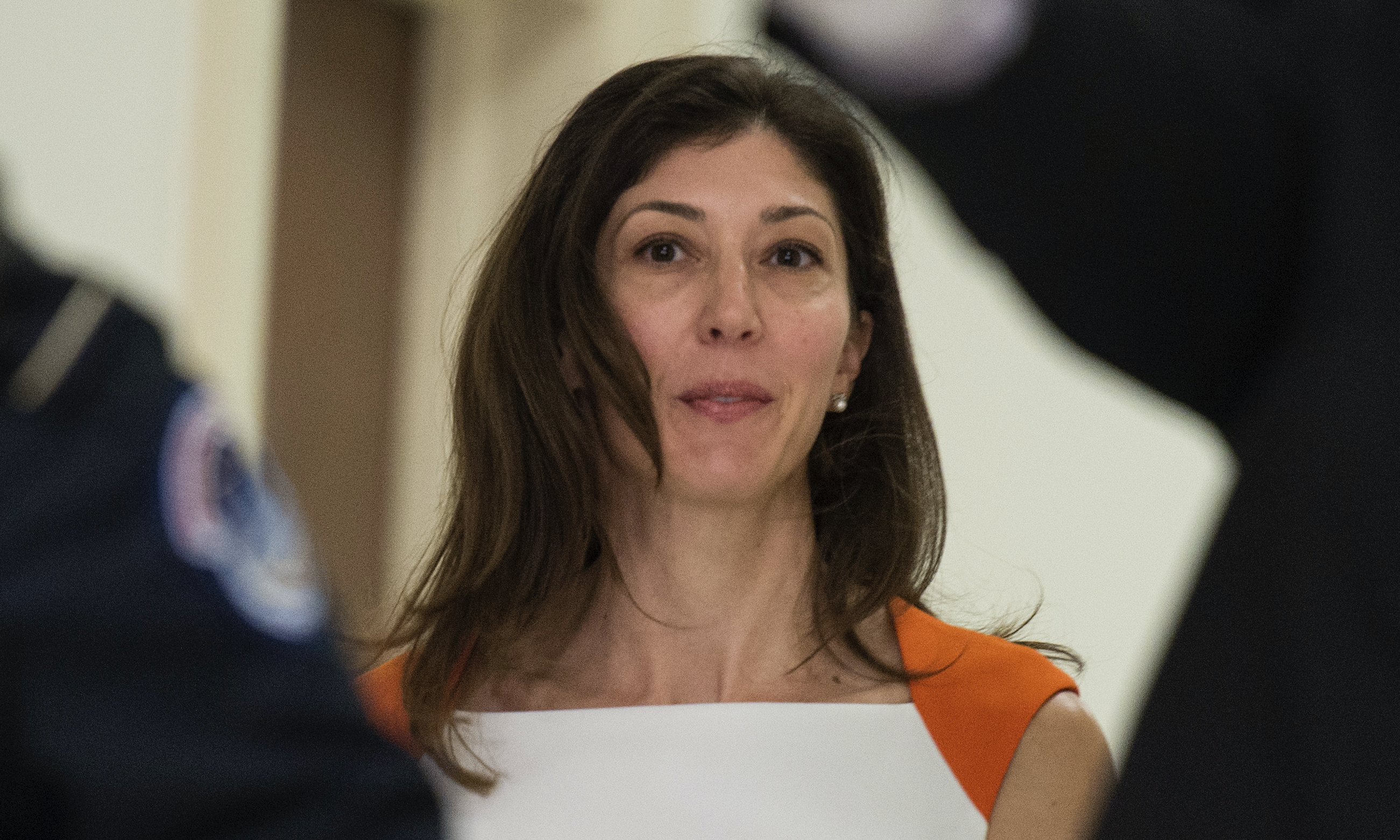 It’s hard to keep track of all the people Trump starts drama with on Twitter, which is something I hoped I would never have to say about a president of our nation, but here we fucking are.

Being a victim of Trump’s Twitter tantrums undoubtedly takes a toll on a person, especially when Trump weaponizes their personal life and qualities. This has very much been the case for former FBI lawyer Lisa Page, who recently decided to break her silence and defend herself against Trump’s gross attacks. Page spilled the tea in an interview with The Daily Beast published today, and to be quite honest, we are here. for. it.

Recaps are v necessary in the age of chaotic evil that is the daily news, so here is a refresher on Lisa Page and the shit that went down between her and Trump. Page was one of the two FBI employees whose text messages about their apparent dislike for Trump were revealed in a Washington Post article. The other person implicated in the reporting was former FBI agent Peter Strzok, the man Page had been texting and, as the texts revealed, the person she was having an affair with.

The portion of the texts that caught everyone’s eyes was when Page asked if Trump would really become president, and Strzok responded, “No. No he’s not. We’ll stop it.” The two had worked on the investigation into Hillary Clinton’s emails (idk if you’ve heard of these…) as well as the investigation of Russia meddling in the 2016 election, so their texts made some people concerned that they had a bias against Trump.

As you can imagine, Trump had a field day with this. What’s worse, is that although Page was made to believe that her affair would not be part of the reporting, the Washington Post included it in the story and suddenly her personal life was on display for the world. Page decided to remain quiet and wait for it to pass, until now.

^ Me sitting down to read Lisa Page’s side of the story.

So, what made Lisa Page snap? According to Page, the “straw that broke the camel’s back” was Trump talking about her at a rally in October, by faking an orgasm while saying her name (the president of the United States, ladies and gentleman). After that, Page decided it was time to take the narrative and her power back.

In the interview, Page stands by the idea that she did nothing wrong. The texts may have looked bad, but she cites her rights under the Hatch Act and the First Amendment when defending herself. She says, “I don’t engage in any sort of partisan politicking at all. But having an opinion and sharing that opinion publicly or privately with another person is squarely within the permissible bounds of the Hatch Act.” She also points out that the texts were taken out of context. She says, “And of course, you know, those texts were selected for their political impact. They lack a lot of context. Many of them aren’t even about him or me. We’re not given an opportunity to provide any context. In a lot of those texts we were talking about other people like our family members or articles we had sent each other.” As someone who has had their texts screenshot and sent to a group chat, let me just tell you…context is crucial, hennie.

But, of course, Trump never paid attention to Hatch Acts or context. He went straight to weaponizing Page’s texts and her personal affairs, and turning her into a punching bag for his army of devote followers. In the interview, Page talks about how traumatizing it has been to be someone Trump attacks publicly. “It’s like being punched in the gut. My heart drops to my stomach when I realize he has tweeted about me again,” she says. “The president of the United States is calling me names to the entire world. He’s demeaning me and my career. It’s sickening.”

Trump wasted no time tweeting a response to the piece.

When Lisa Page, the lover of Peter Strzok, talks about being “crushed”, and how innocent she is, ask her to read Peter’s “Insurance Policy” text, to her, just in case Hillary loses. Also, why were the lovers text messages scrubbed after he left Mueller. Where are they Lisa?

Page is further haunted by the daunting reality that Trump holds power over her and what the public thinks of her. She explains:

“But it’s also very intimidating because he’s still the president of the United States. And when the president accuses you of treason by name, despite the fact that I know there’s no fathomable way that I have committed any crime at all, let alone treason, he’s still somebody in a position to actually do something about that. To try to further destroy my life. It never goes away or stops, even when he’s not publicly attacking me.”

Trump is the ultimate troll, and unlike most internet trolls with a picture of an egg on their profile and a measly 0-10 followers, Trump has the entire world as his platform. Being one of his targets means being a target of an entire movement built on hate, lies, and often times misogyny. It’s not surprising that Page’s affair has been made part of this scandal, seeing as she is a woman. When attacking women, Trump almost always brings their personal affairs into it. And the results are life-altering.

Page says that her day-to-day life has changed in a devastating way. “I’m someone who’s always in my head anyway—so now otherwise normal interactions take on a different meaning. Like, when somebody makes eye contact with me on the Metro, I kind of wince, wondering if it’s because they recognize me, or are they just scanning the train like people do? It’s immediately a question of friend or foe? Or if I’m walking down the street or shopping and there’s somebody wearing Trump gear or a MAGA hat, I’ll walk the other way or try to put some distance between us because I’m not looking for conflict,” She says.

“Really, what I wanted most in this world is my life back.” God, someone get this woman a drink or twelve.

This all comes right before the release of the Justice Department inspector general report into Trump’s charges that the FBI spied on his 2016 campaign on December 9. Leaked press accounts show that Page will be exonerated for acting biased against Trump in this report, but Page isn’t quick to find solace in this. She says, “While it would be nice to have the IG confirm publicly that my personal opinions had absolutely no bearing on the course of the Russia investigations, I don’t kid myself that the fact will matter very much for a lot of people. The president has a very loud megaphone.”

^ Trump and his unfortunately loud megaphone.

And therein lies what is so scary about this story, and others like it. The truth, in the Trump era, doesn’t seem to matter, so long as Trump himself is screaming over it. None of this is lost on Page. At the end of the interview, she eloquently states.

“It’s very painful to see to places like the FBI and the Department of Justice that represent so much of what is excellent about this country, not fulfilling the critical obligation that they have to speak truth to power,” she said.

Hostile reminder to vote in the 2020 election, so long as you don’t want a bully who doesn’t give a fuck about the truth in the oval office. Just a thought!