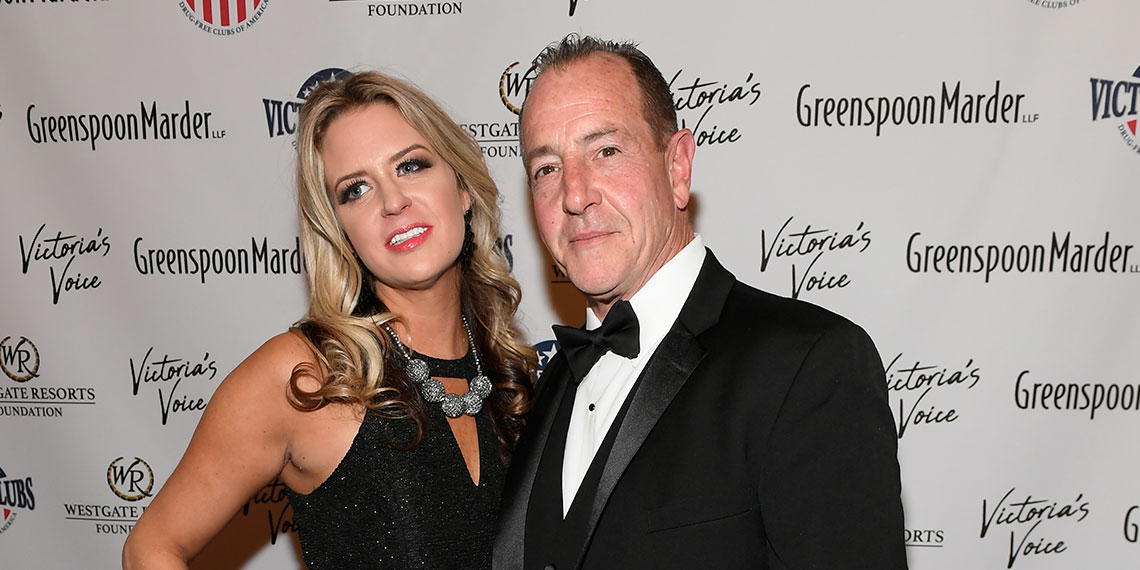 In the past couple years, we’ve talked a lot about Lindsay Lohan. From her perplexing Instagram posts to her dating choices to her canceled-too-soon reality show, Lindsay’s had a lot going on in her life. But her Middle Eastern antics aren’t half as crazy as what’s been going on with her parents. On Monday, Page Six reported that both of Michael Lohan’s ex-wives are now living together, and the whole situation sounds like a giant mess.

As a quick refresher, Michael and Dina Lohan are Lindsay’s parents, and they divorced in 2007. In 2014, Michael married Kate Major, but they later separated in 2015. To thicken the plot here, everyone involved has some legal issues they’re dealing with right now. So, with that in mind, let’s dive in.

In January, Dina Lohan was arrested for drunk driving and leaving the scene of an accident, and she’ll likely face jail time, as it’s her second DWI in a 10-year period. Then, on February 9th, Kate Major was arrested for driving while intoxicated. These people really need to learn to just call an Uber.

But that’s not all! The very next day, Michael Lohan was also arrested after police responded to a domestic complaint from Kate Major. She claimed he had become physically and verbally abusive, and he was subsequently charged with “criminal obstruction of breathing or blood circulation” and harassment. The reports about the incident were vague, but the obstruction of breathing charge basically means choking or strangulation. Then last week, Michael Lohan emailed the Page Six tips hotline (yes, really) claiming that Major had fabricated the assault claims as a retaliation for him calling in her DWI to the police. Oh my god, these people are absolute nightmares.

Unsurprisingly, this isn’t the first time Lohan and Major have had issues like this. In 2011, he was arrested for assaulting her, but they got back together after the incident. If you’re wondering why Lohan and Major even spend time in the same room (because it seems ill-advised to me), it’s because they have two young children together (whom they lost custody of at one point in 2015), so they can’t just avoid each other indefinitely.

But on to the weirdest part. As I mentioned, Page Six sources are saying that Dina and Kate are currently “holed up in a makeshift anti-Mike commune” at Dina’s house in Long Island, which sounds like the premise for the world’s bleakest reality show. (But, to be clear, I would definitely tune in every week.) Like, I would live for an E! show about two middle-aged women chugging red wine and sh*t-talking their mutual ex-husband. It’s like Real Housewives, but all with one husband, and way more depressing. Honestly, let’s get a Sister Wives spin-off for Michael Lohan’s ex-wives.

Here’s my favorite part: when Page Six called Kate Major to comment on if the story was true, Dina snatched the phone, saying that she’s “been through it all before,” and right now she’s “being a mother” to Kate. Well, I guess that’s one way to confirm the theory that they’re living together. Kate Major is obviously in need of some help, but I’m not sure Dina Lohan, who, again, is probably going to prison later this year, is really equipped to provide that. Also, on the phone, Dina confusingly said “I love you” to one of the reporters. I’m still haunted by the time I called my teacher “mom” in third grade, so I feel for Dina.

I don’t know if Dina and Kate had a friendship in the past or anything, but the fact that they’re living together now is wild. It kind of makes me sad, because it seems like Kate Major might not really have anywhere else to go. I’ve heard it said that no good friendship is founded on mutual hatred of someone else (even though my personal friendships would prove the exact opposite is true), and this Michael Lohan ex-wives club seems like it could be a recipe for disaster. I guess this is all just temporary because all these people will probably be in jail in six months, but still, yikes. You know it’s bad when Lindsay Lohan is the most stable one in the family.