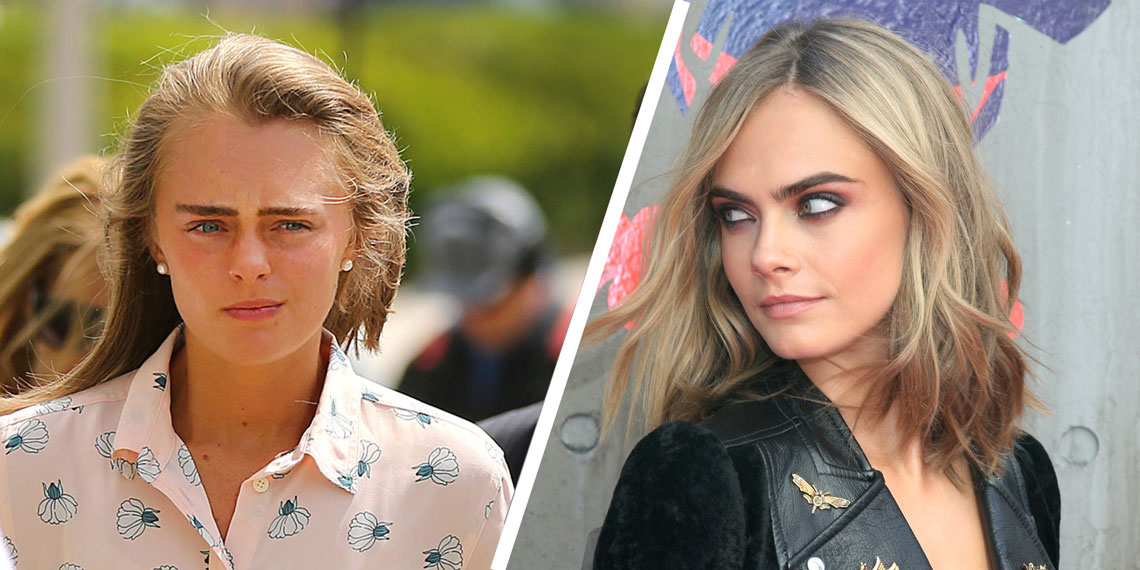 Honestly, everyone gives Kris Jenner mad props for working faster than the devil, but let me tell you, Lifetime works even faster. No, they’re not releasing another made for TV movie about teen pregnancy. Actually, maybe they are. Don’t quote me on that. Anyway, they’re making a movie about the Michelle Carter case called Conrad and Michelle: If Words Could Kill, and Bella Thorne of all people is set to star in it.

Not familiar with the case? You should be, because it’s really f*cked up and the appeal could probably set some pretty serious precedent. Michelle was 20 years old when she was convicted of involuntary manslaughter last August. In 2014, Michelle’s boyfriend Conrad Roy III died by suicide after Michelle sent him a slew of text messages encouraging him to take his life.

Although Michelle was sentenced to 15 months of jail time, according to CNN, she’s currently out in the real world because she’s pending an appeal. Michelle’s legal team is claiming that her First Amendment right to the freedom of speech should make it so that she’s not responsible for Conrad’s death.

The movie is apparently going to be based on the real life events of Michelle and Conrad’s relationship and uses court documents and texts for receipts inspiration. As much as I don’t want to admit that I’m dying to see a Bella Thorne movie… I’m actually kind of excited for whatever this mess is going to be.

Personally, I was hoping that if a movie were to ever be made about this case, Cara Delevingne would play Michelle. Twitter was behind that casting, too. I mean, look at the resemblance in those eyebrows.

Cara Delevingne will be playing Michelle Carter when this becomes a made for tv movie in a few years #MichelleCarter pic.twitter.com/bAYiX6GXzb

But, I guess Bella Thorne is the next best option. And apparently she’s got a bunch of movies coming out soon, so we better all just brace ourselves for that.

Are you interested in true crime? Get ready for a new Betches podcast, Not Another True Crime Podcast—where we’ll talk about crime, cults, conspiracy theories, and other sketchy sh*t—launching October 1! Follow @natcpod on Instagram for more details.