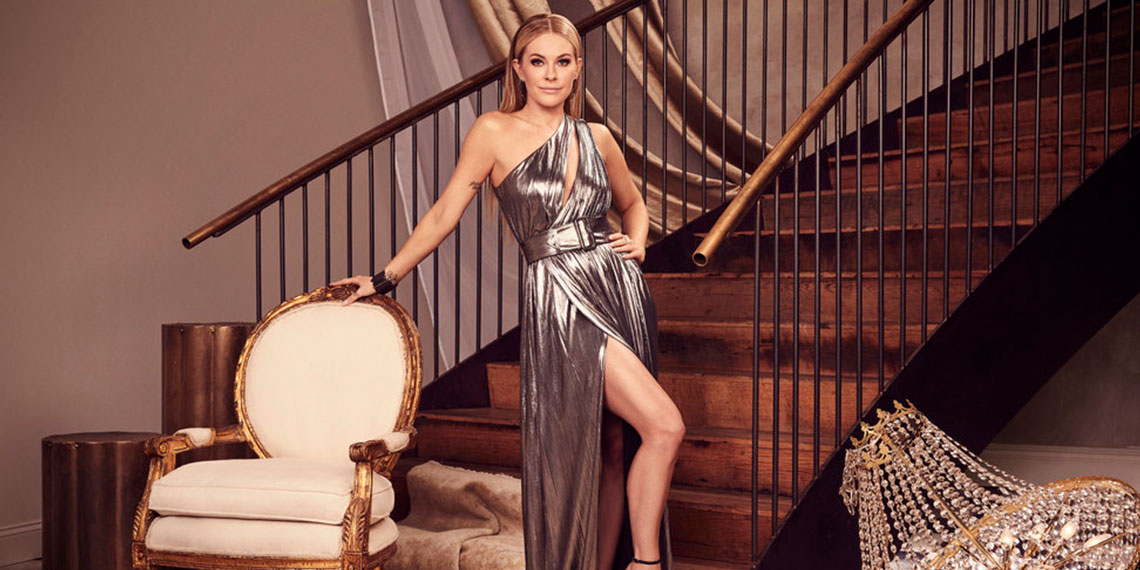 Whenever a new woman joins the group on a Real Housewives show, it’s like a science experiment. There are a lot of variables, and you could end up with an amazing breakthrough, or something could go horribly wrong. While some Housewives have come and gone with hardly anyone noticing, it’s taken Real Housewives of New York newbie Leah McSweeney only a few episodes to become an integral part of the group. It looks like Leah is here to stay, so we sat down with her for the Mention It All Podcast to talk all things RHONY.

Like the rest of us, Leah has been stuck in quarantine since season 12 premiered, but she says she’s been getting lots of positive feedback on social media. “I’ve been received well, which is really nice, because I cannot imagine being hated by the world during a pandemic. That would be too much for me.” Speaking of not-so-positive feedback, Leah definitely pays attention to what’s happening in the world of Bravo, adding “I don’t know how Sutton is doing it.” Ouch.

While Leah has meshed well with the RHONY cast, not everything has been smooth sailing. She shared her initial reactions to the women, saying she was “surprised” at how much she had in common with Luann, but that with Sonja and Dorinda, “there was some friction,” and that it “took a few episodes to get on the same page.” On the show right now, Leah is in a pretty great place with all of the women, but it sounds like it won’t be long before things go south between her and Ramona. Leah says she “didn’t take any offense to it” when Ramona initially gave her a hard time on the show, “but that will change as the season goes on.” Needless to say, we’ll all be watching eagerly to see what happens.

For more behind the scenes RHONY tea, check out our full interview with Leah McSweeney on the latest episode of the Mention It All Podcast: