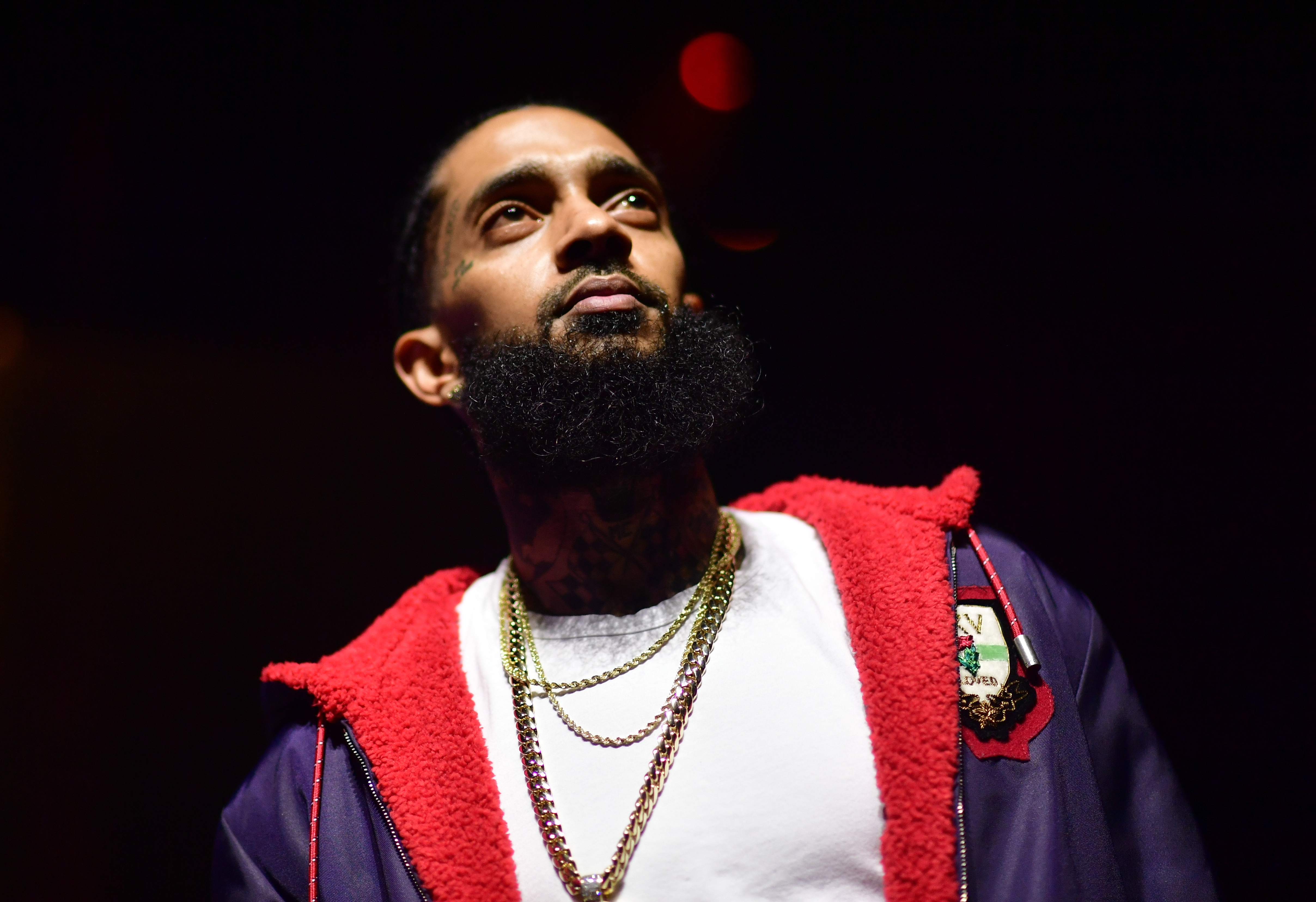 The Los Angeles police department announced yesterday that they’ve arrested the man suspected of killing 33-year-old Grammy nominated rapper and father of two, Nipsey Hussle (born Ermias Asghedom). This is excellent news toward justice for Hussle’s family and fans, but it would be even better news if people just stopped shooting each other (or we fixed America’s gun problem – either/or).

The suspect, 29-year-old Eric Holder (not to be confused with former Attorney General Eric Holder), was found 20 miles outside of Hyde Park, the location where Hussle was shot in broad daylight on March 31st. So far, his motive has not been released.

Eric Holder, the suspected killer of Nipsey Hussle, has been arrested and is in police custody. Thank you to both our community for the heightened awareness/vigilance, and our partners at @LASDHQ. pic.twitter.com/0zujy89Yfm

At 3:30 PM on March 31st, Hussle was standing outside of his Marathon Clothing Store with three other people when someone (allegedly Holder) opened fire. Surveillance footage shows a figure in dark clothing approaching people standing in a strip mall, before some scatter and others fall the ground. This is an incredibly tragic crime and the fact that the murder occurred outside of his own store, a place where he should’ve felt safe and was specifically designed to give back to his community, is even more upsetting. The person then reportedly fled the scene immediately and entered a car driven by an “unidentified female.” While I’m always down for women taking jobs in male-dominated fields, driving getaways cars from a murder isn’t the progress we’re talking about.

Hussle rose to fame by releasing several mixtapes and collaborating with artists such as Kendrick Lamar and Drake. Jay-Z purchased 100 copies of Hussle’s mixtape, “Crenshaw” for $100 dollars each which is a pretty hefty endorsement. Hussle’s first studio album, “Victory Lap,” was nominated for best rap album in the 2019 Grammy Awards.

Hussle grew up in Crenshaw, LA where he played a key role in community activism. On Monday, he was even scheduled to meet with LAPD officials to help draft methods of fighting gang violence. His long-term girlfriend, actress Lauren London posted on Instagram that she is “completely lost.”