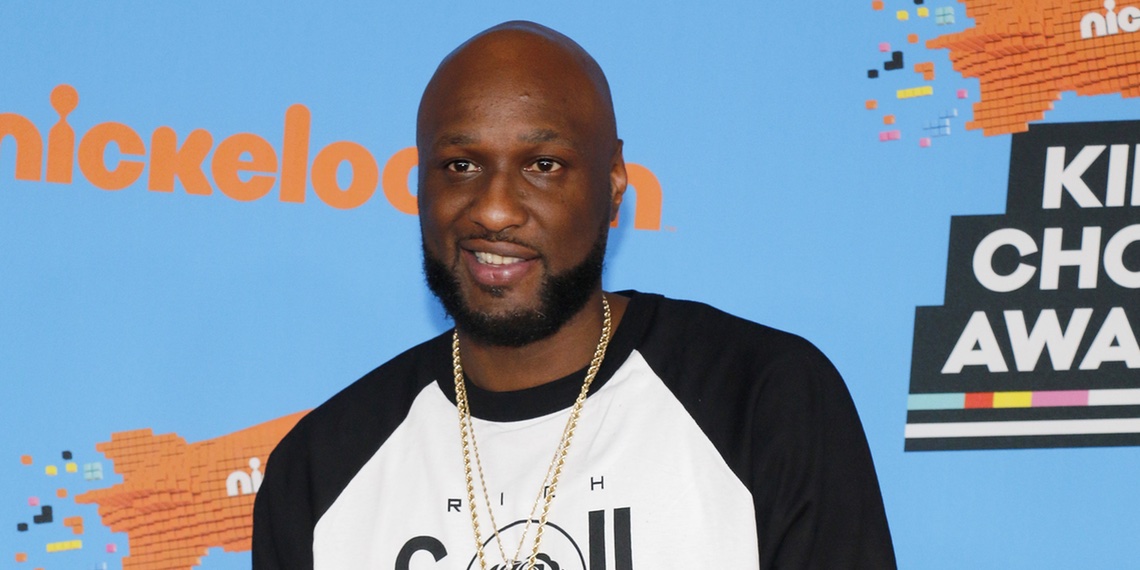 Lamar Odom Is Engaged—What We Know About His Fiancée, Sabrina Parr

Over the past decade, Lamar Odom has been through a lot. You know most of the story—the whirlwind marriage to Khloé, the DUI in 2013, the original divorce papers, the drug problem, the literal coma, and finally the second round of divorce papers. But things finally seem to be looking up for Lamar Odom. He tried his best on this season of Dancing With the Stars, and now he has a brand-new fiancée, Sabrina Parr. I know, who? Don’t worry, we’ll get to that.

On Monday, Lamar popped the question to his girlfriend, Sabrina Parr, in Miami Beach. He did it at Prime 112, a restaurant which has four dollar signs on Google, so you know it’s fancy. Sabrina and Lamar both posted about their engagement, but their posts are hilariously different. Here’s Lamar’s photo, an annoyingly grainy, but still cute, photo of the two of them, with a caption declaring his love for Sabrina.

Introducing my new fiancé!! Soon to be Mrs. Parr-Odom. She the ONE!!!! @getuptoparr

I’m sure that Sabrina loves Lamar very much and can’t wait to be his wife, just as much as she loves her ring. But now that we’ve talked about how much she’s obsessed with her ring, let’s dive into the world of Sabrina Parr, because there’s some interesting stuff to talk about.

First of all, Sabrina and Lamar have only been together for three months, which makes me a little nervous. I guess it’s an improvement over when Lamar married Khloé after only a month of dating, but three months is still not long enough to get engaged, in my opinion. Like Lamar, Sabrina is divorced and has children from her previous relationship. She’s said on social media that she had a “crazy marriage,” and was even arrested at one point for an incident related to her husband. She’s been vague about this, but she has a mug shot that she posted about on her Instagram.

Good morning! Who needs some motivation today??? I’m here to give it to you!! I am living proof that you can change any and everything about your life if you make your mind up to do so!!! . . I’ll make this short cuz I know y’all getting y’all day started and texting and driving tryna read this lol…. A lot of you don’t know my story (Soon the whole world will). I can hear some of y’all now saying “omg she was in jail?? She prolly beat up some girl” lol. That wasn’t the case in my situation. I was in a very crazy marriage! I won’t get into too many details because we are divorced and moved on now. He’s a great father and I have a lot of respect for him and I’s relationship! I don’t like to say anything bad about him because that was just a time in our life we experienced! What I will say is I encourage EVERYONE to make it an effort no matter what happened to get along with the other parent of your child/children! Being mad and holding onto stuff effects the children more than you may realize. . . Anyways moving on… I was miserable, lost, angry, hurt, unhealthy and just struggling overall just a few years ago. You can see it all in my face on my pic on the left!!!! Then one day I woke up and said to myself “Sabrina this is not you! You’re a beast! You’re a winner! You’re a champion! You’re a giant! You deserve happiness. You deserve peace! Go and get the life you want”! That was literally the conversation! . . From that point on, I been moving forward in the right direction! I continue to make mistakes and stumble along the way… But I never stop the journey! That’s it y’all!!! Figure out where you want to be, where you want to go… and NEVER STOP THE JOURNEY!!! So, how can I motivate and encourage you all today??? . . #happyfriday #motivation #thenandnow #neverstopthejourney #turnadversityintoadvertisement #empowerment #encouragement #getuptoparr #realwoman #legend #atlanta #cleveland

Interestingly enough, Sabrina is like, best friends with NeNe Leakes. In fact, judging from her Insta stories last night, she and Lamar were out to dinner with NeNe and her husband Gregg, and it doesn’t look like anyone else was there. She also recently appeared at NeNe’s Pillow Talk panel in Miami. It’s unclear how they met, but I’m already dying for Sabrina and Lamar to make an appearance on The Real Housewives of Atlanta.

Speaking of Real Housewives, Sabrina’s business sounds like something that a Housewife would do sponsored posts for on Instagram. Sabrina is a health and life coach, and has a company called Get Up To Parr. Tbh, I like the name, but I’m a little more skeptical about the actual business model. According to Sabrina’s homepage, her “mission is to provide customized fitness/nutrition services for individuals eager to transform their health.” That sounds great, but in wellness speak, it translates to—you guessed it—fit tea. That’s right, Lamar Odom’s fiancée has her own brand of diarrhea tea.

Okay, so I don’t technically know that it’s diarrhea tea, because the whole Get Up To Parr site is frustratingly lacking in details. The site just says that the Detox Tea “Supports fat loss, helps eliminate impurities, cleanses your body, and targets your waistline,” but it contains no information about how it does this, or any of the ingredients.

Another main service advertised on the site is meal prep, and Sabrina says she’ll either deliver pre-cooked meals to you, or come cook in your house! That sounds great, except for the fact that there’s actually no way to order this service on the site. If you click on meal prep, it takes you to a “shop” section where you can choose which services you want to buy, and then if you click “buy now”, it just takes you to a blank page. I guess this is still in the works, but maybe take it off your site if you’re not offering it yet. I’m not like, a professional consultant or anything, but that just seems logical.

The last main part of Sabrina Parr’s business is the 10-Day Cleanse, which is a written plan that is supposedly customized for each person according to “their needs and likes.” I’m not going to spend the money to find out, but the site says it’s “a food cleanse, NOT A JUICING SYSTEM!” (Phew.) Sabrina adds, “This service consists of breakfast, lunch, dinner, snacks and water. Included with this is a grocery list, meal prep instructions, and food plan.” Okay, so this definitely looks more legit than your typical run-of-the-mill fitness influencer. Sabrina’s bio on the website talks about how she’s a former All-American athlete, and she was inspired to help others, and I’m sure she will be helping a lot more people now that her engagement to Lamar Odom has been made public.

In addition to her ~wellness~ brand, Sabrina also has experience as a radio host, and she and Lamar have the same business manager, which I would assume is how they met. Essentially, she sounds like the kind of person who’s destined to be on reality TV, and her engagement to Lamar Odom only makes this seem more likely. She’s pretty open on Instagram, and I’m sure we’ll be getting plenty of updates about the wedding process, and plenty more photos of the ring. In the mean time, can someone go check on Khloé?