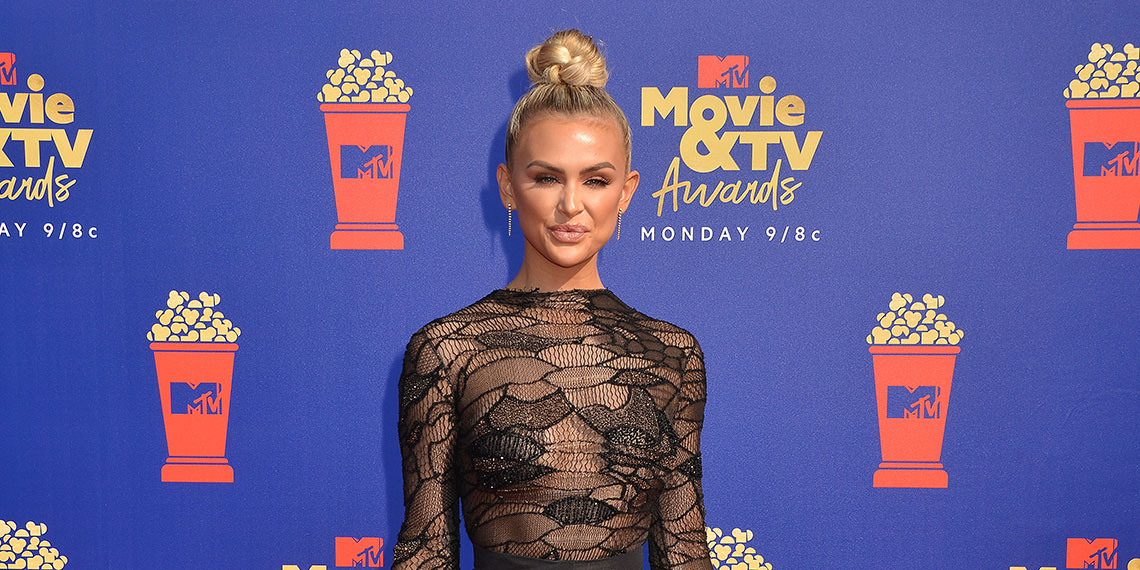 If you’re keeping up with Vanderpump Rules this season, you’ll know that we’re still stuck in the never-ending barrage of Brittany and Jax wedding content, but the real drama is going down outside of the show. In recent episodes, we’ve seen tensions start to brew between Tom Sandoval and Ariana and the rest of the cast, and things got real on Instagram over the weekend. I love when reality TV feuds come to life. In a recent Instagram Live, Lala Kent totally came for Tom Sandoval and Ariana Madix, and this sh*t is officially getting serious.

In case you need a refresher, in the last few weeks of Pump Rules, Ariana has opened up about her mental health struggles, and on social media, the reaction has been overwhelmingly positive. On the show, she’s told some of her castmates about her suicidal ideations, and that she doesn’t always feel like the group is a safe space for her to be open about her feelings. It’s been a refreshingly honest, real storyline in a season full of princess parties and fake dates, and Ariana should definitely be commended for starting this important conversation.

But not everyone in the cast has been so supportive. In a recent interview with Entertainment Tonight, Tom Sandoval called out Lala specifically, saying, “It’s frustrating to see somebody like Lala, who’s like one second totally OK with people saying mean nasty things about Ariana that are completely not true and talking negatively about her and then sort of getting emotional and saying like, ‘This is a safe place.’ It’s like, girl you are not—you are apparently not a safe place.”

Damn. Tom is essentially accusing Lala of being a fake friend to Ariana, and going against her after encouraging her to be open and honest. This is a pretty serious accusation, but even just from what we’ve seen on the show, it doesn’t totally come out of nowhere. On last week’s episode, Lala was basically gossiping about Ariana’s mental health, just days after Ariana completely broke down when confiding in her and Stassi. Lala also called Ariana a “wet blanket” in the same episode, so yeah, I wouldn’t say she’s been the world’s most supportive friend.

Not shockingly, Lala was not so thrilled to hear Tom Sandoval’s comments, and she hopped on Instagram Live to address her feelings toward Tom and Ariana. “For them to sit there and act like it’s everyone else’s fault—y’all are not the safe space.” Here’s a clip from the video, where she talks about the pain of losing her dad, and says that she’s not afraid to pop off this season (you knew she couldn’t get mad at anybody without using the phrase “pop off”), even though she’s sober now. Clearly, Tom Sandoval is tryna get popped, and Lala is happy to oblige.

In the full Instagram Live, she continued, saying that when her dad died, Tom and Ariana both told her to “toughen the f*ck up,” and that she feels like he’s just “feeling unsafe in your own skin and you’re projecting it onto me. I’ll be damned if someone doesn’t feel safe around me.”

She continued, sticking up for herself as a friend, and basically saying that Tom and Ariana haven’t done enough to help her in the past: “I don’t want to be struggling, drowning, for you to, like, wake the f*ck up to see if I’m good. So, there’s my spill on Tom and Ariana. I am a f*cking safe place. I’m a good ass friend.” The irony of Lala not wanting to be drowning for her friends to check on her, when Ariana had to explicitly tell her that she was so depressed for Lala to stop calling her a buzzkill is too much.

In his comments to ET, Tom had said that Lala’s previous comments about him and Ariana hurt his feelings. In response, Lala finished off her Live by giving Tom a taste of his own (alleged) medicine: “How about this? Toughen the f*ck up. I’m leavin’ it at that, y’all.” OOF.

To be honest, I’m not really sure whose side I’m supposed to be on here. Obviously, telling someone to “toughen the f*ck up” after they lose a parent is seriously not okay, but that also doesn’t give Lala a free pass to make light of Ariana’s mental health situation. Really, I think the verdict here is that no one is in the right, which is pretty much par for the course when talking about the Vanderpump Rules cast. Like, I don’t watch the show because I think they’re all perfect angels—pretty much the opposite.

I don’t know how much, if any, of this budding feud will play out on camera for the rest of the season, but I hope we get to see more of the tensions between Lala and Tom/Ariana. The mental health stuff is tough to watch, but it’s certainly more interesting than seeing Brittany and Jax on a permanent power trip about their wedding week/month/year/decade. Remind me again why I still religiously watch this dumpster fire of a show?