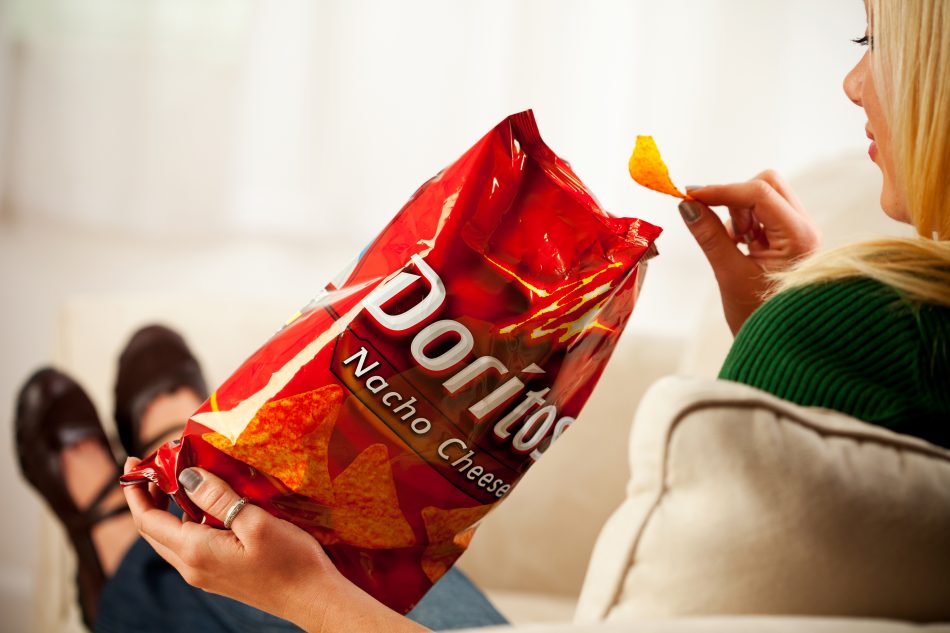 Wow, another great day to be a woman/alive. Doritos is making a new version of their product just for women, so it looks like the Women’s March worked. Wtf does this even mean? Tysm for asking. In an interview with Freakonomics, Pepsi CEO Indra Nooyi discussed the ways in which gender differences are influencing new developments for their products. She suggested that women don’t like when their chips crunch too loud, or when the flavoring gets on their fingers, because it’s not ladylike to lick your fingers in public or whatever. So basically Doritos is answering all of our prayers by making a chip that magically doesn’t crunch or get shit all over your fingers. Cool.

I mean, I guess it might be true that *some* women prefer not to crunch too loudly or to have to suck their fingers in front of creepy dudes in public, but if I were to take a guess on what *most* women want, I would land on equal pay, being treated as humans, and not being told how to fucking act all the time. Just a shot in the dark there.

I’ll also point out that eating loudly and indulging in the “finger-licking-good” culture are things women are told we *have* to avoid because of annoying gender norms. It’s not like we have a passion for not being noticed when we eat. Or speak. Or breathe. Or do literally anything. These chips are literally just reinforcing old norms and stereotypes that we are trying to deconstruct and break free from. It’s all backwards.

Freakonomics: What do you think it means to be a woman in today’s society?

Doritos: Mostly just having your period and not making any noise when you eat chips. Final answer.

Anyway, women took to Twitter to speak their minds on the issue, because at least they’re still letting us do that.

What if Lady Doritos are just regular Doritos but when a woman buys a bag she only gets 77% of the chips a guy would.#LadyDoritos

The only quiet chips are stale chips. This Tuesday I’m voting #no on #ladychips

Now, PepsiCo is saying that the “reporting on a specific type of Doritos product for women” is inaccurate, so it’s probs safe to say that these lady Doritos might not ever see the light of day due to the backlash. One step forward, twelve steps back, I suppose.

Still, I can’t wait to tell my future nieces about the long and strenuous fight for Lady Doritos. Whatever, I’m getting Cheetos.