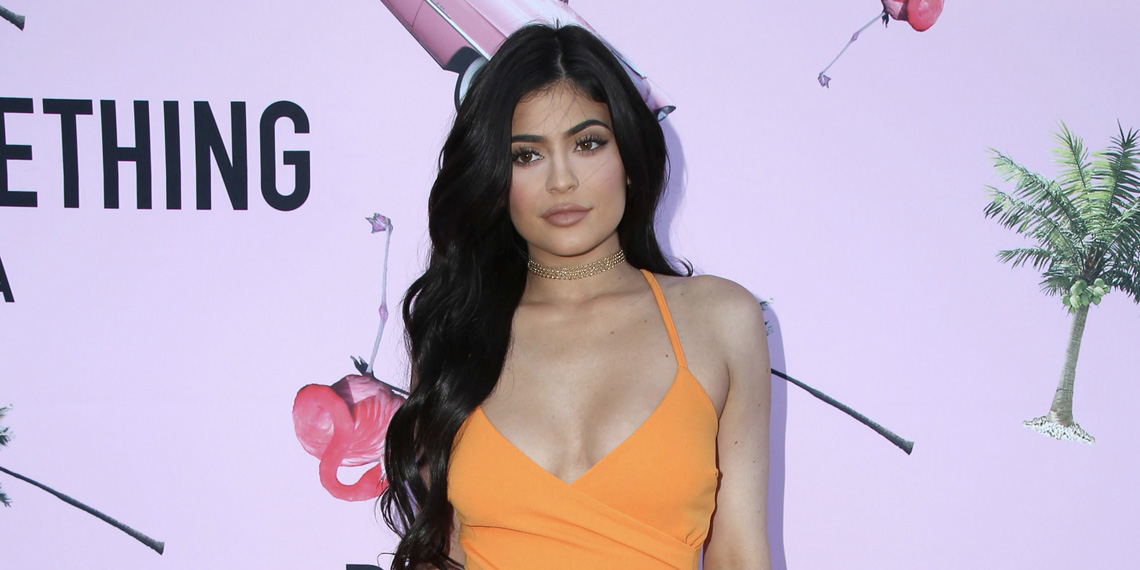 Is Kylie Jenner Engaged? Her New Instagram Is Suspect

Well, that didn’t take long. Last week, we predicted that Kylie Jenner would return to being a thirst trap on Instagram by next month, and it only took five days. We might not have guessed the baby name correctly, but we know a thirst trap when we see one. Kylie basically hasn’t been able to post a picture below her collarbones in like six months, and you know she’s just dying to get into a Calvin Klein matching underwear set and pose in front of a mirror. Her latest Instagram has us wondering less about Kylie Jenner’s post-pregnancy workout routine, though, and more about is Kylie Jenner engaged? Honestly, it’s not the craziest conclusion one could draw.

Kylie’s first post-baby foray into thirst trapness is tame by Kylie’s standards, meaning that she’s fully clothed and none of said clothing is see-through. Look at her being a responsible mommy! She’s posing in the driver seat of her Bentley, dressed in a red Adidas tracksuit that perfectly matches the red leather interior of the car. At this point, Kylie probably buys cars to match her outfits instead of the other way around, because like same obviously. Kylie’s makeup is unnecessarily dramatic for whatever activity she’s doing (pretending to drive?), but her eyebrows look seriously so good and we’re very jealous. But we didn’t really come here to talk about her eyebrows or her tracksuit, now did we?

What we’re really here to discuss is what may or may not be a ring on her left hand. Zoom in, frantically text your group chat, “Is Kylie Jenner engaged??”, do whatever you need to do. Yeah, it’s been less than two weeks since Kylie popped out a baby, but did Travis Scott also find time to pop the question?

So first of all, this isn’t the first time people have speculated that Kylie and Travis are engaged. Back when she dropped her 11-minute pregnancy video (is this eligible for an Oscar for best short film?), there was one shot where it looked like there was something sparkly on the ring finger, but it’s so hard to tell from a grainy video.

As much as we want Kylie to take two fucking seconds and just live her life, maybe getting engaged isn’t so crazy once you and another person literally created a human life together. After all, Kylie is almost 21, and that’s obviously when I felt ready to settle down with a nice man. Jk I was still getting irresponsibly drunk and falling asleep in my clothes at least twice a week. Still am!

So is Kylie Jenner engaged? Whether she is or not, it’ll probably be fine. And if it’s not, at least she has like, billions of dollars lying around to fix her life. Why the fuck didn’t I start a lipstick line instead of going to college?