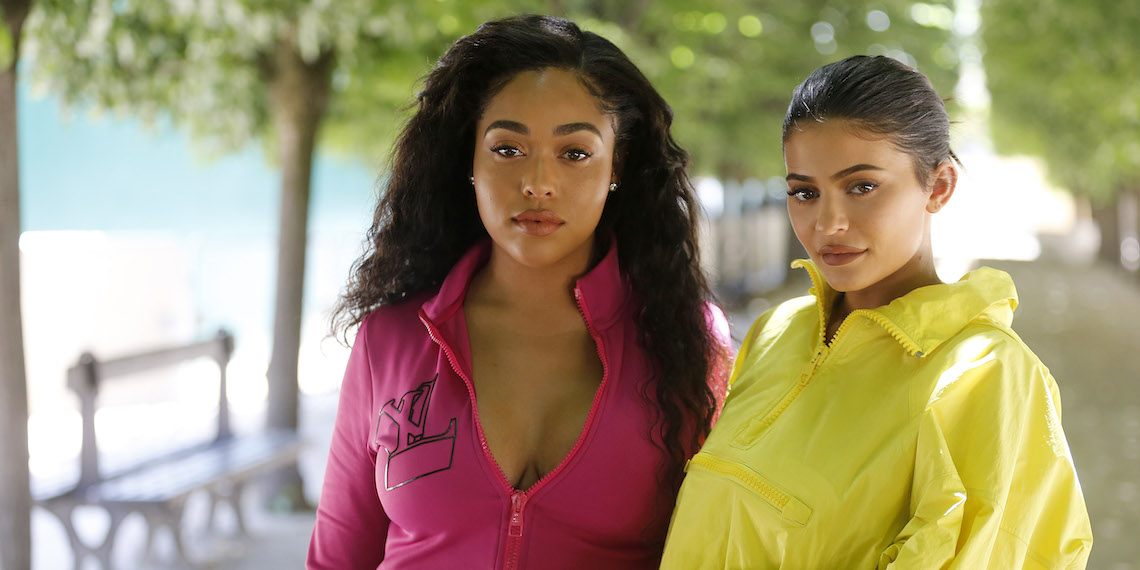 Kylie And Jordyn Were At The Same Party This Weekend

It’s been a few months since the height of the Kylie and Jordyn drama, and we’ve all pretty much moved on. Sadly, we have jobs, so we can’t just spend our entire days refreshing Instagram to see who has liked Kylie’s latest post. But while most of us civilians have accepted the fact that Tristan Thompson is garbage and moved on with our lives, we don’t really know where Kylie and Jordyn stand in the aftermath of all of this.

Of course, in the weeks following the initial chaos of Jordyngate, there were endless reports on Kylie and Jordyn texting, or meeting up, or sending smoke signals to each other across Calabasas, but all of it was pretty much based on nothing but rumors and anonymous sources, which are hard to trust.

But this weekend, we finally know for a fact that Kylie and Jordyn were in the same place at the same time. Thanks to the good people of TMZ, there is photographic evidence of both of them arriving at Bootsy Bellows in WeHo on Friday night for their friend Stassie Karanikolaou, better known as @stassiebaby on Instagram. I’ll get to more on her in a minute.

Sadly, I was not at the party, so I can’t attest to what happened once they were inside, but at the very least, Jordyn knew for a fact that Kylie would be at this party, and she still chose to go. Who knows if they had a long conversation, or even really interacted at all, but it’s hard to avoid someone in a club VIP. In my heart of hearts, I feel like Kylie and Jordyn can at least have a casual conversation without things getting weird. They left in separate cars (Kylie with Stassie, and Jordyn with Jaden Smith, because this friend group is insane), but I hope they at least had a chance to chat inside.

As if there wasn’t already enough to think about at this party, Tristan Thompson happened to be at the same club on Friday night. He most likely wasn’t invited to Stassie’s party (that would be messy af), so it’s fairly likely that he didn’t even cross paths with Kylie or Jordyn, but honestly I’m feeling inspired to write a screenplay about Friday night at Bootsy Bellows. There’s got to be a movie somewhere in all of this.

After the party on Friday, Kylie spent Saturday celebrating Stassie’s birthday again with a really questionable party themed around The Handmaid’s Tale. I’m not sure she knows what the show is actually about, but I’m glad she and her friends had fun running around the house in bonnets and calling their makeup artist/friend Ariel Tejada “Commander Ariel.” Sorry Kylie, but I really don’t think Gilead would take kindly to your thirst trap selfies.

The birthday weekend for Stassie continued on Sunday, with a pool day where everyone wore pink bikinis.

You can tell that Kylie and Stassie have been friends for along time, because they’ve clearly had all of the same surgeries. Love that! According to Instagram, the only other person at the pool day was Yris Palmer, who owns a lash extension company that the Kardashians endorse.

As for Stassie, here’s what you need to know. First, she is not the same person as Stassi Schroeder from Vanderpump Rules. They do look a little similar, and I’m sure Stassi Schroeder would die to be invited to Kylie Jenner’s pool, but this is a different Stassie. Stassie Karanikolaou (I memorized the spelling so I’m going to say it as many times as I can, okay) and Kylie have been friends for nearly a decade, so she’s not some new sidekick tagging along to get followers. She’s an old sidekick tagging along to get followers! In the months since Kylie and Jordyn hit their, um, rocky patch, Stassie has been seen with Kylie a lot, so she’s really making the most of this opening.

Stassie is a model, because basically anyone with four million Instagram followers can be a model. She also has a YouTube channel, and it’s not exactly premium content. Her most recent video is a haul from White Fox (obviously sponsored), and it’s honestly one of the lowest-energy videos I’ve ever seen. Being good at YouTube is a talent, and I’m not sure Stassie has it. Actually, I’m p sure she doesn’t. But what do I know, she’s the one with 200k subscribers.

In terms of where Kylie and Jordyn stand in their friendship now, it’s still tough to know. They still both follow each other on Instagram, so it seems like things haven’t gotten worse. Neither of them liked the other’s photos from the birthday festivities this weekend, but Jordyn did like a video of Stormi that Kylie posted the other day. Kylie hasn’t liked any of Jordyn’s recent posts, but she’s probably busy coming up with new and creative products that will destroy your skin.

So for now, you can all go about your important daily routines, but I’ll probably keep checking to see if Kylie throws a like Jordyn’s way. At this point, it’s just the humane thing to do, Kylie. And as for Tristan Thompson, I hope he had a terrible time at the club on Friday and no one wanted to go home with him.