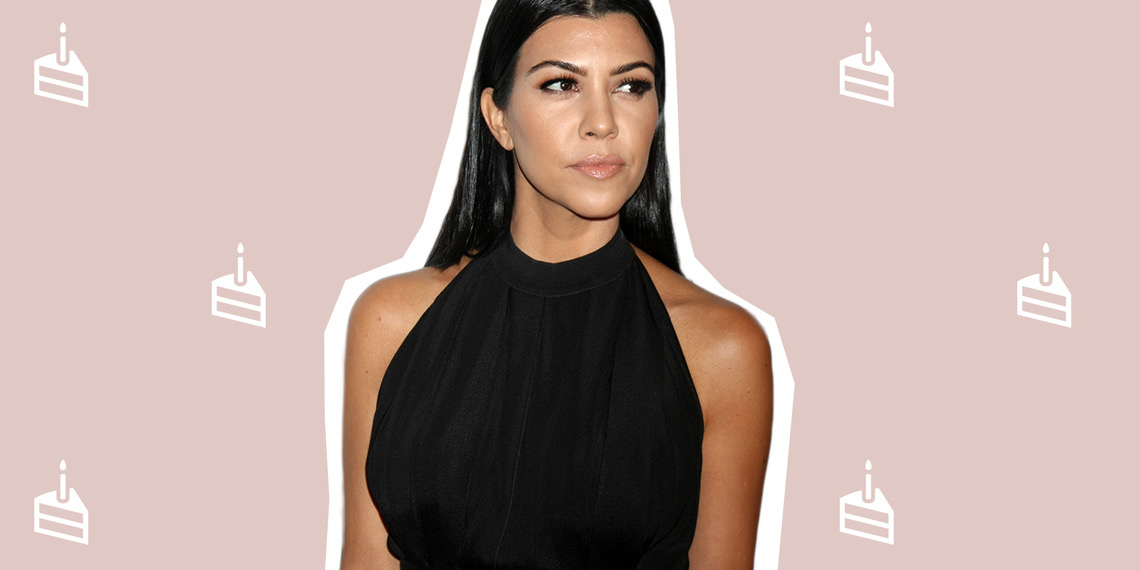 April 18 is Kourtney Kardashian’s birthday, but you’d probably never know if you hadn’t clicked on this article right now. Kourtney is 39 now, but unfortunately for her, there are other more important things to focus on than her birthday. Namely, Khloé’s new baby and cheating scandal that has sent the entire world into a shame spiral. Or maybe that’s just me, but everyone is well aware of the drama with Tristan. It’s sad that no one really cares about Kourtney Kardashian’s birthday, but tbh, she’s used to being overshadowed by her family. She spent the weekend at Coachella getting it on with Younes, but if a Kardashian parties in the desert and no one cares, does she even get drunk? For the last 10 years, we’ve watched as Kim, Kylie, Khloé, Kendall, and even Rob have eclipsed Kourtney with their personal drama. It honestly seems like Kourtney has got to be Kris’s least favorite daughter, otherwise you’d think she’d let her have her moment in the sun just once. So in honor of Kourtney Kardashian’s birthday, we need to take a look back at all the times Kourtney got overshadowed by every other member of the Kardashian family.

Back when Keeping Up With The Kardashians premiered in 2007, it was basically just the Kim show. While Kim was busy doing photoshoots and low-key auditioning to be a Pussycat Doll, Kourtney and Khloé basically just wrestled with each other on the floor in the background. My personal favorite early Kardashian moment is when Kim finally gets her custom Bentley, and the episode becomes a whole thing about how her rando sisters could never afford such a nice car. Times have changed, but Kourtney is still on the bottom of the Kar-Jenner totem pole.

For nearly a decade, we watched in horror as Kourtney struggled through her relationship with Scott Disick. Anyone with half a brain understands that Scott was categorically the worst, but we still rooted for them. So like, why? It’s not because being with Scott was best for Kourtney, it’s because Scott is entertaining as hell. Khloé and Kris were always giving Scott a hard time, and he totally deserved it, but I also still shamelessly like every single photo on his Instagram. I love Kourtney, but I might like Scott more? I’m not proud, but it’s just who I am.

When Kourtney was pregnant with her third child in 2014, her sisters threw her a beautiful baby shower. It was Breakfast at Tiffany’s themed, naturally, and there were some truly solid Instagram shots of Kourtney wearing a tiara and posing with her sisters. What a beautiful occasion! I can’t imagine what could pull focus from Kourtney at such a special moment! Except, um, Kim’s Paper magazine cover that just so happened to drop the same day—you can’t tell me Kris didn’t have something to do with that. If you’ll recall, this issue of Paper was literally called Break the Internet. That’s like showing up to your sister’s wedding white. Wait no, that’s like showing up to your sister’s wedding ass naked and then announcing you’re pregnant.

Breakfast at Tiffany's. Thank you to @kimkardashian and @khloekardashian for the magical, unforgettable perfectly charming baby shower.

Also in 2014, numerous tabloids reported that Kourt was worried about Kim’s wedding to Kanye overshadowing her wedding to Scott. If you’re thinking “but wait, Kourtney never married Scott,” you’re absolutely right. The couple mentioned getting married lots of times throughout the years, but it doesn’t seem like there was ever a real wedding planned. That means that even when Kourtney wasn’t being overshadowed by her sisters, tabloids were literally making up stories about her feeling overshadowed. Shit is bleak.

So yeah, in the past we’ve all been guilty of forgetting about Kourt at times, but I’m promising to do better. I can’t speak for such prestigious tabloid outlets as Drum and Closer, but my days of Kourtney erasure are over. Next time Kim is posting pictures of her nipples on Instagram, or Khloé is discussing which baby wipes she’s planning to use, I’ll do my best to stop and think about what Kourt is up to. Happy birthday, Kourt, try not to let anyone talk over you today!