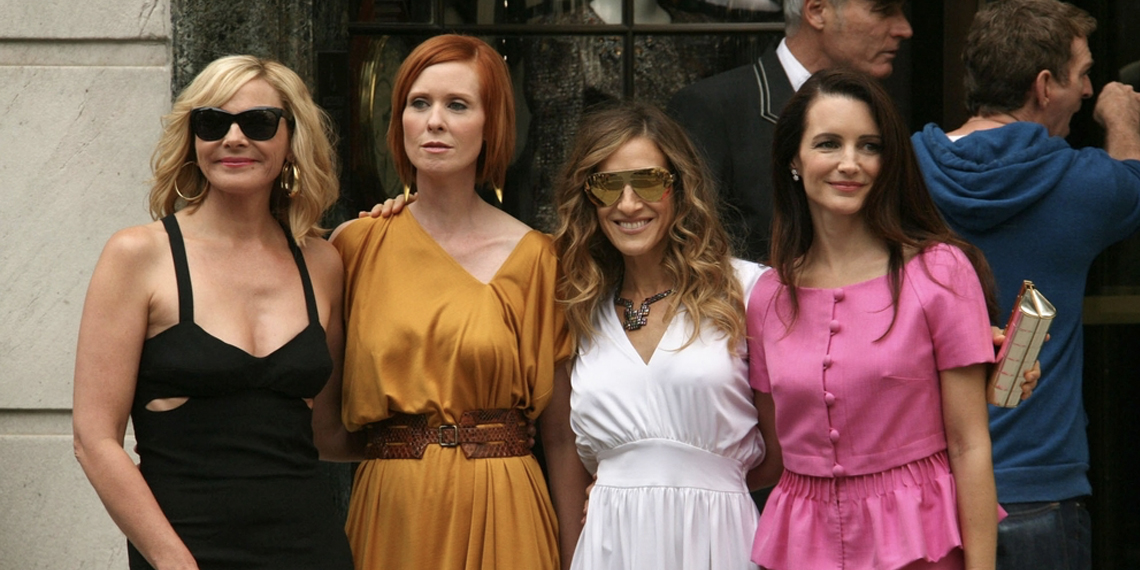 We always loved Sex and the City, but honestly the drama between the ladies has been even better since the show ended. This weekend, Kim Cattrall blasted Sarah Jessica Parker on Instagram, and we’re still recovering. In the past, Kim Cattrall (Samantha Jones, if you’re new here) has been open about not always having the best time on the show, calling out SJP and others, but this new development is a whole other level.

It all began last Sunday, when Kim Cattrall put a text post on Instagram announcing the unexpected death of her younger brother. Now, we normally have some strong thoughts about text posts on Instagram, but these are really sad circumstances, so it’s okay. Kim asked for privacy for her family and herself through this difficult time, and obviously tons of people commented their love and support. Pretty normal stuff. Among the commenters were Sex and the City costars Cynthia Nixon (Miranda) and Sarah Jessica Parker. Again, there’s just nothing weird about this. Sure, SJP and Kim have had their differences in the past, but it’s not that hard to put aside your beef and say you’re sorry someone’s brother died. But this story is far from over.

Kim responded to Cynthia’s comment, thanking her for her kind words, but SJP got no such response. Well, not until Saturday, when Kim returned to Instagram like a bat out of hell, sent here with the sole purpose of destroying Sarah Jessica Parker’s fucking life. This time, she went for the text post again, but it was 100% savage.

My Mom asked me today “When will that @sarahjessicaparker, that hypocrite, leave you alone?” Your continuous reaching out is a painful reminder of how cruel you really were then and now. Let me make this VERY clear. (If I haven’t already) You are not my family. You are not my friend. So I’m writing to tell you one last time to stop exploiting our tragedy in order to restore your ‘nice girl’ persona. Copy and paste link https://nypost.com/2017/10/07/inside-the-mean-girls-culture-that-destroyed-sex-and-the-city/

Um, should we be here for this? Do you want us to like, go outside so you can have this conversation in private? Nope? Okay, we’ll happily stay and talk shit. So, like, what exactly was Kim going for here? We’ve all known for years that she’s not exactly Sarah Jessica’s biggest fan, but it sort of seemed like she was maybe just trying to be nice? Clearly that’s not how Kim sees it. Instead, she calls SJP a cruel hypocrite who’s exploiting their tragedy to restore her “nice girl” persona. Wow, is she practicing her SAT words? While we’re not sure why anyone would want to be a nicegirl on purpose, Kim really thinks she’s the fucking devil.

Sarah Jessica Parker hasn’t made any sort of public comment on this whole debacle, but it seems safe to say that Sex and the City 3 probably still isn’t happening. Oh well, guess I’ll just have to watch all the old episodes on HBO Go like I’ve been doing for the last decade. We’re eagerly awaiting the next chapter in the Kim/SJP feud, which will no doubt take place in a Vanity Fair interview or some classy shit like that where SJP calls Kim delusional while also being so diplomatic it hurts. We love drama, can you tell?