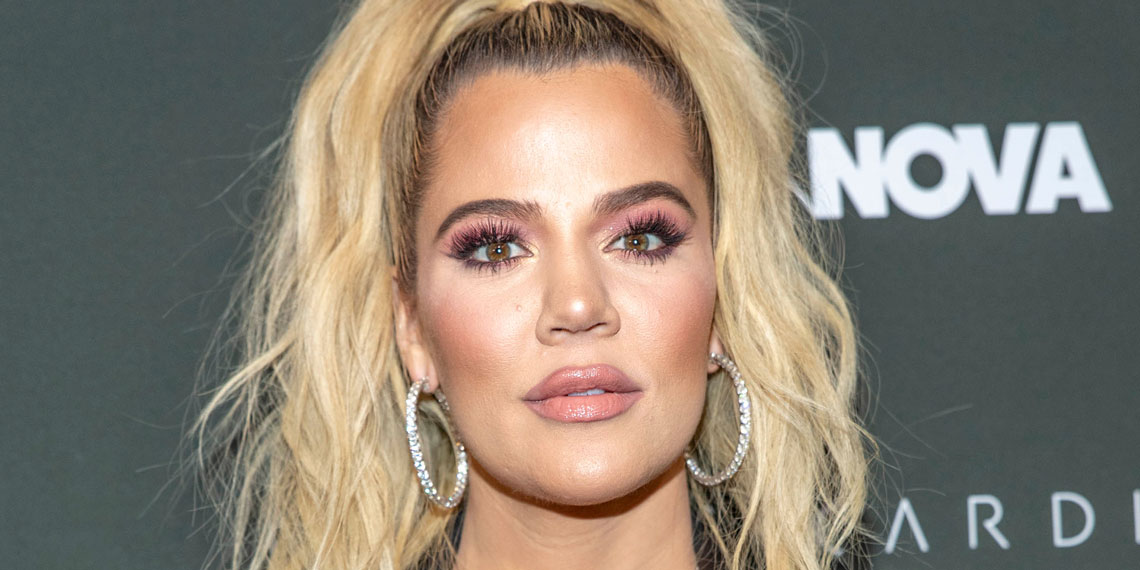 Khloé Kardashian Denies Editing Her Instagrams In The Pettiest Way

Hello! And welcome back to your regularly scheduled Kardashian news breakdown. It’s like The Sup, but about butts and Photoshop, and is far more judgmental. Fun! For those of you who don’t have working eyes and ears and thus haven’t been following along, Khloé Kardashian has had a rough couple of weeks lately with the media. This is in part because we’ve been savagely roasting her ass for the Photoshop abominations she’s been trying to pass off as legitimate Instagram posts and, like, we’re not going to apologize for that. It’s called investigative journalism, sweetie, look it up!! And, look, the articles don’t all come from a bad place here. Khloé’s been my favorite Kardashian ever since Kim and Kris started gracing our screens in their matching Juicy tracksuits with their delusions of grandeur, but MY GOD, Khloé, I can’t see one more lumpy arm or a butt with missing chunks on my IG feed or I’m going to have to start reporting your posts to Instagram HQ for offensive material. Consider this your last warning, Khlo! But Khloé recently just came for all her photoshop haters, and let’s just say it was a petty masterpiece.

The clapback went down in Khloé’s IG comments, because apparently the comments section on Instagram is destined to be our generation’s courtroom. Here’s the sitch: last Friday Khloé posted a selfie to Instagram in which people in the comments section heavily implied that she had tampered with the photo. I’m not sure what gave her away: the millennial pink overlay or the fact that her face in this photo is entirely different than the one she was born with? Khloé wrote “Good vibes only” as her caption, which is pretty much an invitation for people to troll her photo—at least that’s what I tell my sister every time she thinks she can get away with using that caption (it’s for your own good, sis!). Judge the photo for yourself:

Look, I’m no Photoshop expert (you’ll have to slide into Holly Gobetchy’s DMs for that), so I’m not going to blast Khloé for what could be another photoshop fail or just a really good “filter.” But my feelings are apparently too nice about the matter because fans WENT IN on Khloé for Photoshopping her selfie, to which Khloé responded with more passive aggression than I use to email HR about our lack of a summer Friday policy. Let’s look at the comment, shall we:

Wooowww the kissy face emoji, Khloé? Really? That’s the emoji I usually reserve for commenting on any sorority sister’s IG post thanking people for birthday wishes when I did not in fact wish her a happy birthday, but okay.

Let’s break down the comment real quick, shall we? We have one commenter @missdingledobbs, who thinks that Khloé photoshopped her selfie because in the photo we can’t see the mole that Khloé was born with on her face. We also can’t see the nose, lips, or cheek bones, but sure let’s focus on the mole. We have another commenter, @asmarsmi, defending Khloé by saying: “I have 3 on mine. Ahh the miracles of foundation and laziness of taking it off with a q-tip in those spots.” That’s the comment Khloé responds to with three kissy face emojis, effectively shading her hater and saying without really saying that this photo is the result of a sh*t ton of foundation and not photoshopping. K.

But Khloé’s not done yet! Another commenter said: “your eyes got pulled back too much.”  To which Khloé responded with:

“@mari_888_sol so now my eyes are pulled back? Lol oh man… you guys are really reaching. But sure, whatever you want to believe. I’m good with whatever babe much love sent your way.”

Tbh I think Khloé has a fair point here. This photo was clearly not photoshopped so much as it was sculpted by her plastic surgeon in a remote Calabasas location 8-12 months prior. Come on, anyone can see that. Get your facts right, @mari_888_sol!

Well that’s your daily dose of Kardashian news. I’d love to say “that’s all for today” or even “that’s all for this hour” but knowing Kris Jenner and also Khloé’s passion for FaceTune, I’m sure you’ll be hearing from us a lot sooner than that. Until then!