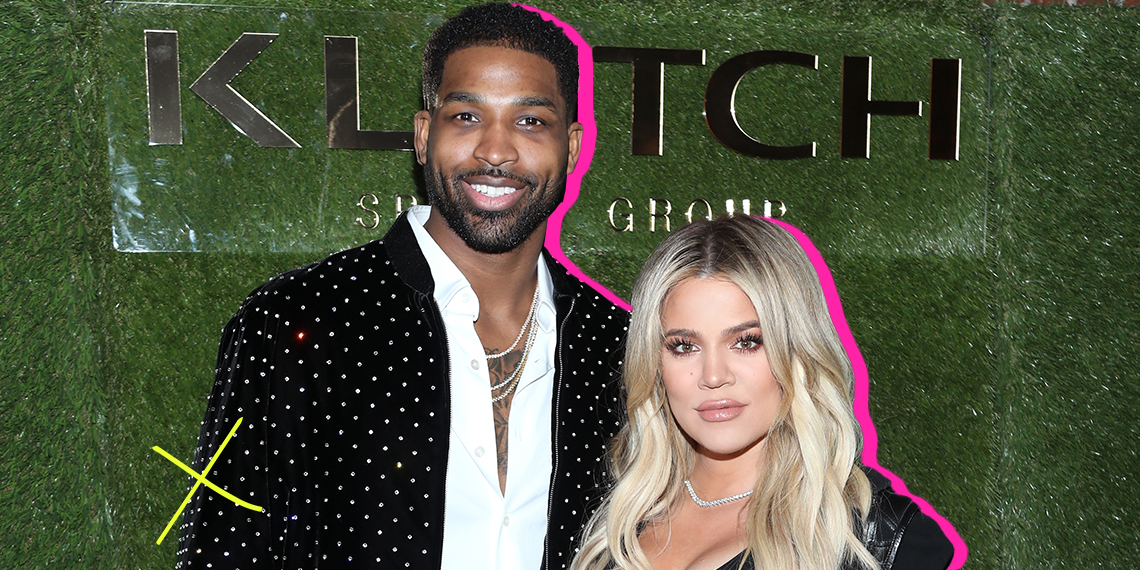 Khloé, If You’re Reading This, He’s Not Worth It

I’ve been losing track of time a lot lately, mostly due to the fact that the last year has felt like an extended sabbatical from regular life. But when I saw that Tristan Thompson was in the news for allegedly cheating on Khloé Kardashian, I really needed to take a good, hard look at a calendar. Had I taken one too many melatonin tablets and woken up in 2019? Or 2018? Nope, it’s May 2021, and we are once again discussing Tristan’s questionable choices.

Unlike Tristan’s past cheating scandals, where he’s been caught red-handed with another woman, the current situation has been sort of a slow, messy burn. The woman at the center of it all is Sydney Chase, a 23-year-old who is—prepare to be shocked—an Instagram model. In a recent interview on the No Jumper podcast, and again on her TikTok account, Chase claimed that she had an intimate relationship with Tristan after meeting him in November of 2020. According to Chase, Tristan told her he was single, and they “hung out multiple times,” including going out in public together. Chase claims that when she found out he was actually in a relationship with Khloé, she “cut it off” with him. On the podcast, she was also asked about Tristan’s ~equipment~, and she responded “he has a peek-a-boo dick, but baby, it was good.” Aaaaand we’re officially in TMI territory.

Chase also shared that Tristan told her she looked like Jordan Craig, the mother of his first child, and that Khloé is “not his type.” According to Chase, after she learned about his relationship and broke things off with him, he called her and said, “you’re what I like,” which is a major yikes. If Khloé is, in fact, not Tristan’s “type,” why is her putting her through all of this mess? Why did he date her in the first place? Think of how much nonsense we could have avoided over the years if Tristan politely ended things with Khloé after like, three dates. Instead, it seems like Khloé is on a permanent emotional rollercoaster over a man who has never given her the level of respect that anyone deserves in a relationship.

Getting back to Sydney Chase for a minute, she’s been adamant that none of this is really her problem. On her Instagram live, she said, “I ain’t sign nothing, you did what you did, that’s on you.” She has a point—if Tristan insists on doing this type of sh*t, he should really either make people sign NDAs, or maybe just choose women who aren’t actively trying to get famous online? Chase also added, “Tristan banged me, I did not bang him.” I’m not really sure that’s like, a scientific distinction, but I guess I get the vibe of what she means. If she really believed that he was single, and he was the one actively pursuing her, you really can’t blame her for being down.

In the two weeks since Sydney Chase initially spoke about Tristan in the podcast interview, things have obviously escalated. Chase stated in her TikTok video that Tristan contacted her when he heard about the podcast, in the hopes that he could kill the story before it gained publicity. Obviously, that didn’t happen, and Khloé reportedly found out about Chase’s story along with the rest of the tabloid-reading public. Since then, Khloé has done her classic routine of posting subtweet-y quotes on her Instagram story, but she also went straight to the source of the rumors.

Over the weekend, Sydney Chase posted a screenshot showing DMs she received from Khloé Kardashian. She covered the contents of the main message, but made sure not to blur out the message where Khloé asked her to keep their conversation private. Oops! Apparently Khloé forgot that she was dealing with someone who makes a living off of whatever clout she can get, so tbh she’s lucky that Sydney even covered part of the DMs.

Sure, Sydney has been messy by putting all of this information out in the open, but when it comes down to it, she’s just living her life. Realistically, any hot woman that comes into contact with Tristan Thompson could find themselves in this position, so good for her scoring some Instagram followers, and likely #spon opportunities out of this.

But when it comes to Khloé, this f*cking sucks. We all remember the fallout surrounding the Jordyn Woods controversy, and when Khloé finally decided to give Tristan another chance, it felt like things might actually be different. On this season of KUWTK, they’ve had mature conversations about having another child together, and it seemed like they had turned a corner, not just in their romantic relationship together, but as mature adults who wanted to build a life and family together. But that foundation doesn’t seem so stable when any 23-year-old with lip fillers and a big ass can cause Tristan to forget everything he’s supposed to be doing. Once and for all, it’s time for Khloé to choose herself, and leave Tristan behind.