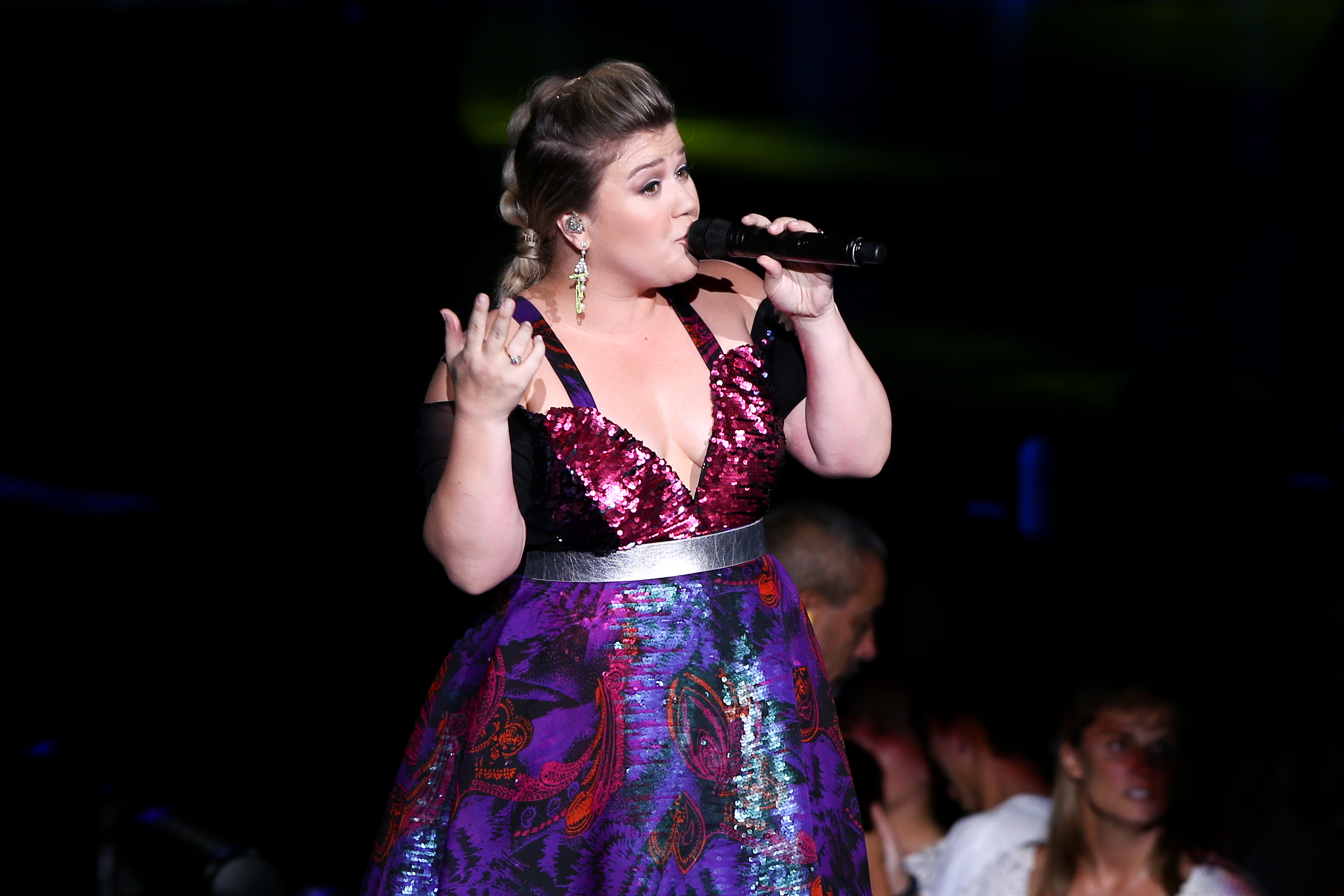 Let’s be real, usually my reaction to rich AF celebrities in sparkles at ceremonies honoring their own accomplishments trying to make edgy political statements is a heavy eye roll. But last night, while hosting the Billboard Music Awards, Kelly Clarkson brought so much unfiltered realness to her opening speech that I’m crying and you all should be too. Commenting on the recent school shooting at Sante Fe High school in Texas that left ten people dead and ten wounded, Clarkson fought off tears as she begged for something to finally be done.

Clarkson began her speech by throwing some slight shade at how the producers suggested she handle the tragedy, saying, “They also wanted me to do a moment of silence. And I’m so sick of moments of silence. It’s not working.” Wait, what? Thoughts and prayers and moments of silence don’t change how guns are destroying our country? Huh. Guess we’ve been doing something wrong…

The mother of four and native Texan continued, “Why don’t we not do a moment of silence, why don’t we do a moment of action?” Bringing it full circle to all of the most recent gun tragedies, Clarkson reminded parents that we should be able to send our children to, “school, to church, to movie theaters, and to clubs,” without fear.

Honestly the more I watch this speech the more impressed I am with how brave it is. A moment of silence is safe. It doesn’t offend anyone, it doesn’t make a statement. She could’ve just moved onto the dresses, songs and Taylor Swift drama and called it a successful night. A call to action divides, but sometimes it takes a divide to conquer.