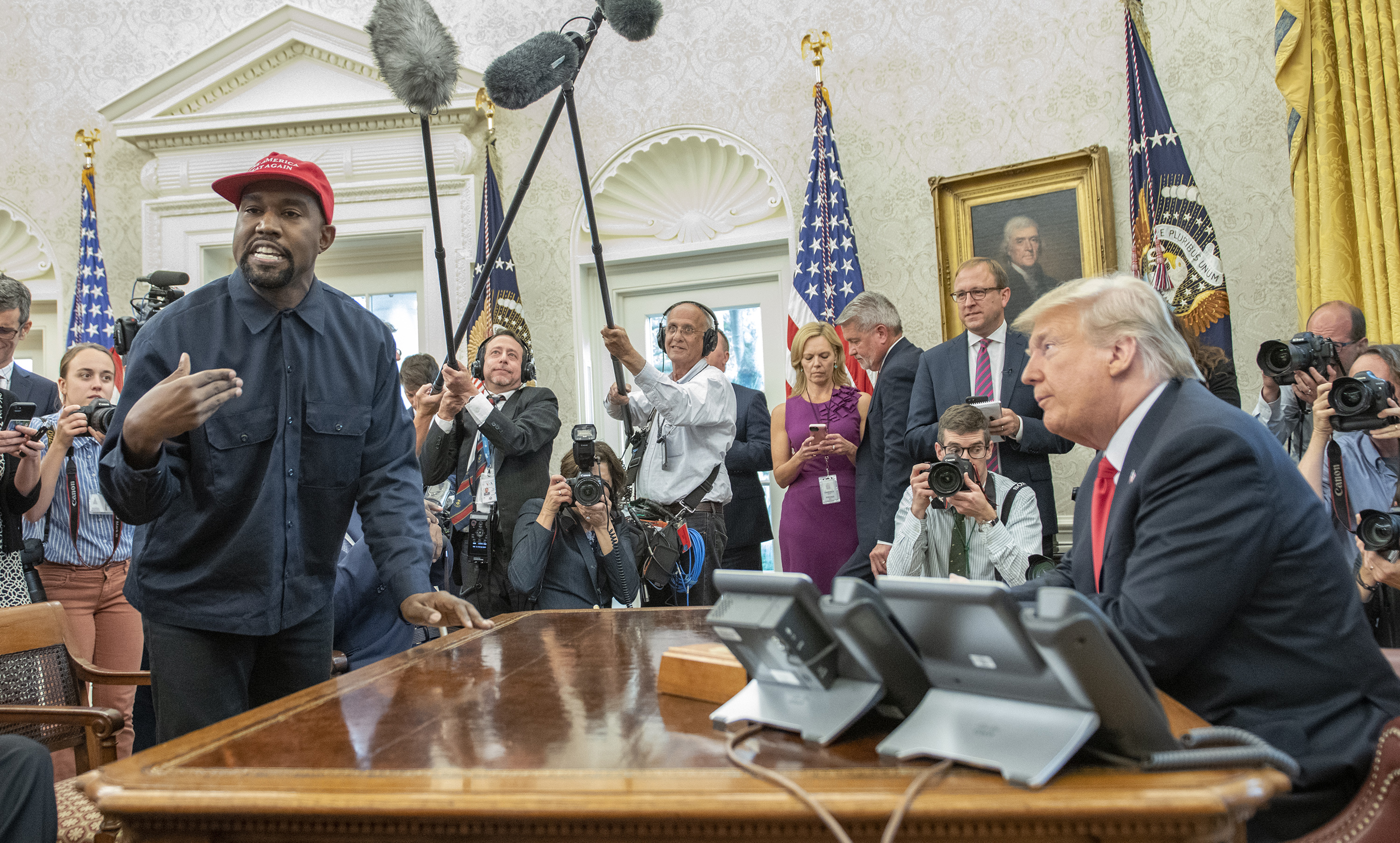 Well fam, if you thought you could get through your Tuesday without hearing about Kanye West’s new stance on politics, you have somehow forgotten that you’re living in a world where the news cycles faster than that bitch Brenda in my 8am Soul Cycle class (ugh, show off). It’s 2018, and Kanye West’s political beliefs keep making headlines, and while we’re stating facts, Brenda needs to chill TF out and come to class hungover like the rest of us. Anyway, “Ye” took to Twitter last night to say that he will be distancing himself from politics after he has been “used to spread messages he doesn’t believe in.” Looks like supporting a racist, egotistical master manipulator didn’t work out for Ye in the end. Who could have guessed???

As we all unfortunately witnessed, Ye and Trump’s bromance recently flourished with the two of them exchanging compliments on Twitter and meeting in person to go over how much they love themselves and each other. But just like my passionate and very real relationship with Joey from summer camp, this relaysh seems to have fizzled out very quickly. After a movement that encourages black Americans to quit the Democratic party known as “Blexit,” tried to attach itself to the rapper, Ye is now clarifying that he does not, in fact, stan with conservative values.

Ye wrote, “I support creating jobs and opportunities for people who need them the most. I support prison reform, I support common-sense gun laws that will make our world safer. I support those who risk their lives to serve and protect us and I support holding people who misuse their power accountable.” These statements are a far cry from the “slavery was a choice” rhetoric Ye has been spewing as of late. He ended his thread with by saying, “I believe in love and compassion for people seeking asylum and parents who are fighting to protect their children from violence and war.” K, so he is officially subtweeting the Trump Administration over family separation. I don’t know what’s more Democratic than that. Welcome back, Ye.

The main message of Ye’s tweets were to say that he will be focusing on his creativity rather than his politics. Sounds great, but I’ve heard it all at this point. Brenda from SoulCycle once told me she “genuinely doesn’t like bread.” I’ll believe that when I take her ass to a Panera and she doesn’t order a bread bowl with a side of bread, and I’ll believe Ye is done with politics when 2020 comes around and he doesn’t run for president.