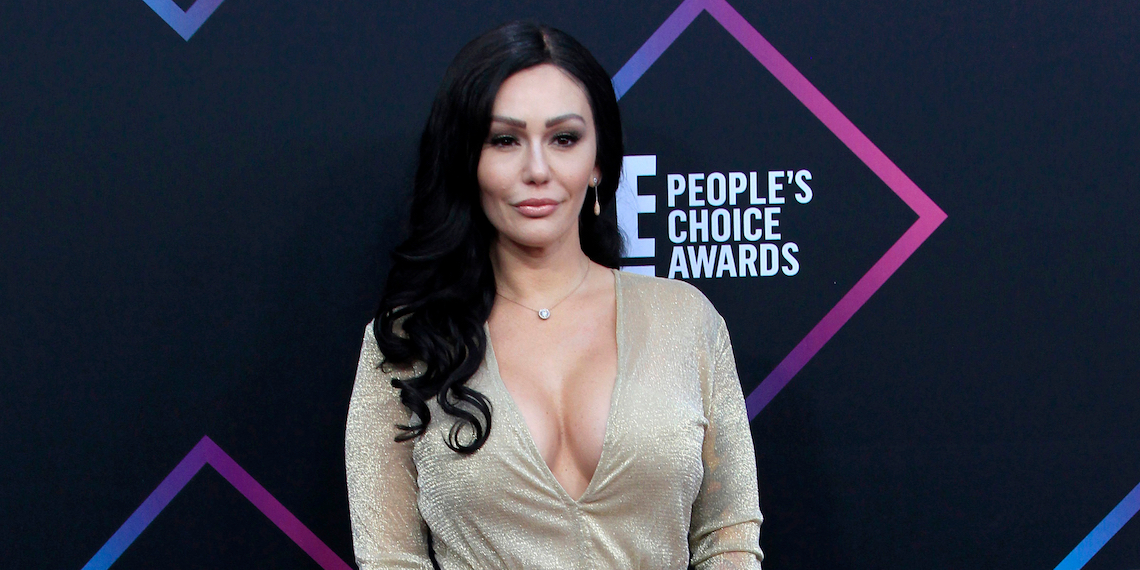 JWoww Accuses Roger Of Abuse In A Shocking Open Letter

We’ve known since the summer that JWoww is getting a divorce, but things just keep getting messier. In December, we learned that she got a restraining order against her husband, Roger Mathews. At the time, details were scarce about the reasons behind the split, but Roger has always claimed he’s a good husband and father. His main form of evidence is a sh*tload of Instagram videos that he’s made of his life, because we all know that everything on social media is true. But now we have a lot more information, because JWoww posted an open letter to Roger on Wednesday, and it’s explosive.

Statement is too long for Instagram. Link in bio. JenniFarley.com

JWoww posted a snippet of the letter on her Instagram, but directed her followers to her website to read the full thing. That’s because the statement is 2,300 words long, and there is a lot happening. If 2,300 words doesn’t sound that long to you, just know that you’re approximately 150 words into this article, and your attention span is probably already running out. The statement is also in all caps, and the entire thing is center-aligned, so it looks like a block of text that would be on the inside of the Lincoln Memorial. If you’re having trouble visualizing, here’s a snippet.

THE ALTERED PERCEPTIONS YOU HAVE CREATED FOR YOURSELF ON SOCIAL MEDIA IS TRULY STAGGERING. YOUR POSTINGS ARE CONSUMED WITH INACCURACIES, FALSE STATEMENTS, SELF-SERVING COMMENTS, OUTRIGHT MISREPRESENTATIONS AND BLATANT LIES. WHAT IS YOUR ACTUAL TRUTH? WHAT IS YOUR REALITY?

So picture that, but for literally eight pages of text. In the letter, JWoww goes into excruciating detail about her husband’s allegedly abusive behavior, and how he has used social media to manipulate public perception of his relationship with her and their two kids. In one especially rough part, she alleges that he fed their son Greyson pizza, despite him being highly allergic to both gluten and dairy. She says, “When I asked you about the food situation, you chose to berate me instead of acknowledging that Greyson’s health is of paramount concern.” As much as I love pizza, that’s pretty f*cked up if it’s true. She also accuses Roger of not letting Greyson’s therapist into their house, so she stood on the front porch for 30 minutes in the freezing cold. Messed up.

In the letter, Jenni says that Roger has purposely contacted abusive exes from her past, all in an effort to make her feel unsafe. She also alleges he’s been physically abusive to her: “You have spit at me. You have pushed me. You have shoved me. You have aggressively thrown me to the ground. You have prevented me from closing doors to escape having you coming at me.” That all sounds horrible, and I can’t imagine what how it’s been for her living through it.

Near the end of the letter, Jenni takes the opportunity to help other people in abusive relationships, linking to a guide that her divorce lawyer has set up. Whether or not you agree with her decision to publicize her relationship like this, it’s important that she’s using her platform to help others in similar situations. She ends the letter with this sentiment that I think we could all use.

YOU ARE VALUABLE, YOU ARE WORTHY, YOU ARE LOVED.

Leaving an abusive relationship is both difficult and dangerous, so I’m glad Jenni is getting out. Luckily, the ladies of Jersey Shore are always there for each other, and they offered their love and support in the comments section of her post:

Even though the Jersey Shore ladies have gotten into plenty of arguments on national television, they really do have amazing friendships with each other. It’s good to know that Jenni has these positive relationships in her life, because I’m sure she really needs them right now. With all of this going on, I hope JWoww and her kids are okay and that they can get past all of this.

If you suspect you are in an abusive relationship, call the Loveisrespect hotline at 1-866-331-9474, text loveis to 22522, or visit loveisrespect.org.